IK Multimedia’s new device turns your iPad into a pedalboard

Besides being a pedalboard controller for certain apps, the iRig Stomp I/O packs in a USB audio interface and MIDI compatibility. 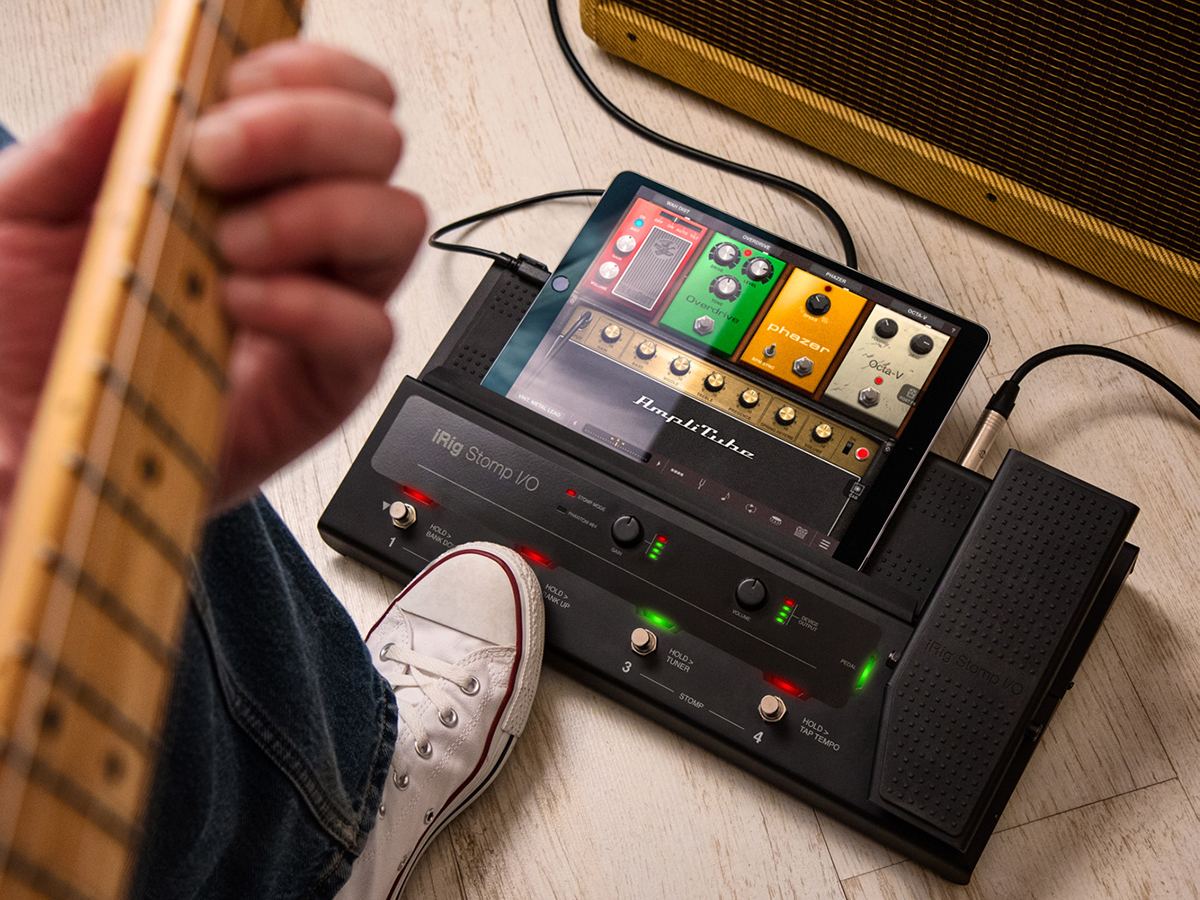 IK Multimedia has just dropped the iRig Stomp I/O, a pedalboard that combines a MIDI controller, a USB audio interface, a looper, and, crucially, the ability to control certain apps on your laptops and tablets. All you need to do is hook up your device.

The iRig boasts native compatibility with IK’s AmpliTube and VocaLive, and is also compatible with Ableton Live and several T-RackS processors, which are bundled together with the unit. With any of these apps installed, simply plug your device into an integrated docking bay and control the app using the four footswitches and expression pedal.

Combine all these onboard controls, and you have a quick way to browse tone presets and banks, control effects using the expression pedal, and use AmpliTube and VocaLive features such as the Looper, Tuner, and more.

The iRig can also be used as a USB audio interface or a standalone MIDI controller. You can hook up two external pedals, and a phantom powered XLR input means it isn’t just for guitarists, too.

The iRig Stomp I/O lists for EUR 299.99. For more information, check out ikmultimedia.com.