Longtime investors Servco Pacific Inc have acquired a majority stake in the company. 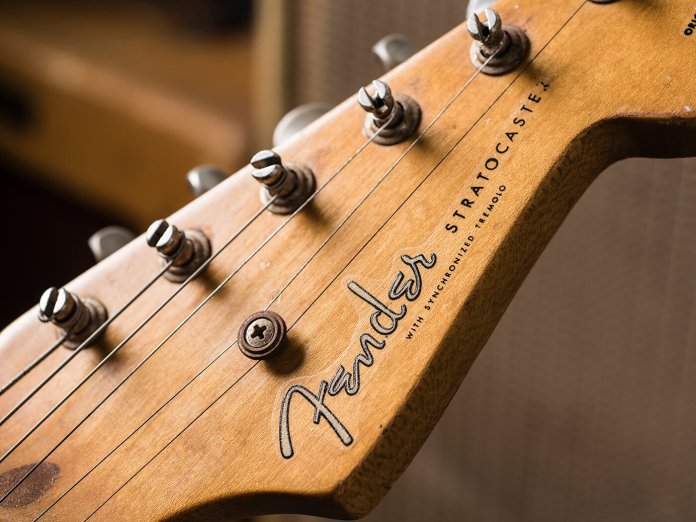 Longtime investor Servco will acquire a majority stake in Fender Musical Instruments Corporation (FMIC), after entering into a sale agreement to purchase TPG Growth’s shares in the company. The purchase is set to be completed next month (February). The brand had previously operated under joint ownership by both Servco and TPG Growth.

Fender CEO Andy Mooney noted the milestones Fender had reached under the joint ownership, saying: “We thank TPG Growth for their contribution on multiple levels, both strategic and tactical, and for their support to expand into digital products and services.” He was referring to the introduction of Fender Digital and its projects Fender Play and Fender Songs.

Mooney also made it clear that the change in ownership won’t affect the makeup of Fender’s current management. “On an operational level, all will remain the same,” he said. “Fender will continue with the same exceptional management team who all have been instrumental in our recent growth. We look forward to extending FMIC’s long term relationship with Servco who share our core mission to support artists and players at every stage in their musical journey.”

Scott Gilbertson, Partner at TPG Growth, spoke about the changes that had come about since its relationship with Fender began: “Since 2012 we’ve deployed significant resources to reinvigorate this iconic lifestyle brand. In 2015 we supported Fender’s transformation with the addition of Andy Mooney as CEO to reinforce the ongoing improvement of Fender’s business, from reenergising channel relationships and deepening Fender’s commitment to product quality and innovation, to engaging directly with consumers, launching market-leading digital learning resources, and reaffirming Fender’s unwavering dedication to the artist community. We are grateful for Servco’s commitment to Fender and wish them continued success.”

Mark Fukunaga, Chairman and CEO of Servco similarly notes that the company is “proud of what Fender has accomplished.”

The Fender we know today started off as Fender’s Radio Service back in 1938. In this capacity, Leo Fender offered repair services for everything from radios to PA Systems to musical instrument amplifiers.

In 1945, Leo entered a joint venture with Clayton Orr ‘Doc’ Kauffman, named K & F Manufacturing Corp, and produced his first stringed instrument: a Hawaiian lap steel guitar that had its own patented pickup and amplifier.

The following year, Kauffman told Leo to buy out his half of the business because he “didn’t have much faith in guitars” and was afraid the property he had in Oklahoma would go down the drain if they failed.

Leo went on to found the Fender Electric Instrument Company in 1947. Three years later, in spring of 1950, Fender’s first official guitar design was introduced: the Esquire. The guitar was redesigned to include a truss rod in the neck, and was renamed Broadcaster and later Telecaster, due to a trademark dispute with Gretsch.

In 1951 Fender launched the world’s first electric bass and bass amp: the Precision Bass and the Bassman amp. Like a well-oiled machine, Fender continued releasing instruments and by the mid-60s had a full roster of guitars and basses, including the Jazzmaster, Jazz Bass and Mustang.

In 1965, after negotiations conducted by Leo’s sales and marketing guru Don Randall, Fender was sold for $13 million to a subsidiary of Columbia Broadcasting Systems (CBS) called Columbia Records Distribution Corp. And so began the infamous ‘CBS era’ of Fender. Over the next two decades, Fender’s popularity waned and the demand for pre-CBS Fender guitars grew exponentially. During this time, CBS brought on John McLaren, Dan Smith and William Schultz from Yamaha Musical Instruments to get the brand on track.

In 1985, Schultz, back by a group of investors comprising employees and external entities like Servco Pacific Capital, acquired Fender from CBS for $12.5 million and re-named it to its present-day name, Fender Musical Instruments Corporation.

In 2001, private equity firm Weston Presidio acquired a controlling stake in the company for $57.8 million. Just over a decade later, in 2012, Fender announced plans for an initial public offering (IPO). While the move would’ve secured Weston Presidio more than $50 million, it was withdrawn due to poor market conditions.

In fall of 2012, longtime investor Servco – with TPG Growth as an equal-stakes partner – purchased Weston Presidio’s shares in Fender, and with that, a co-ownership stake in the brand.