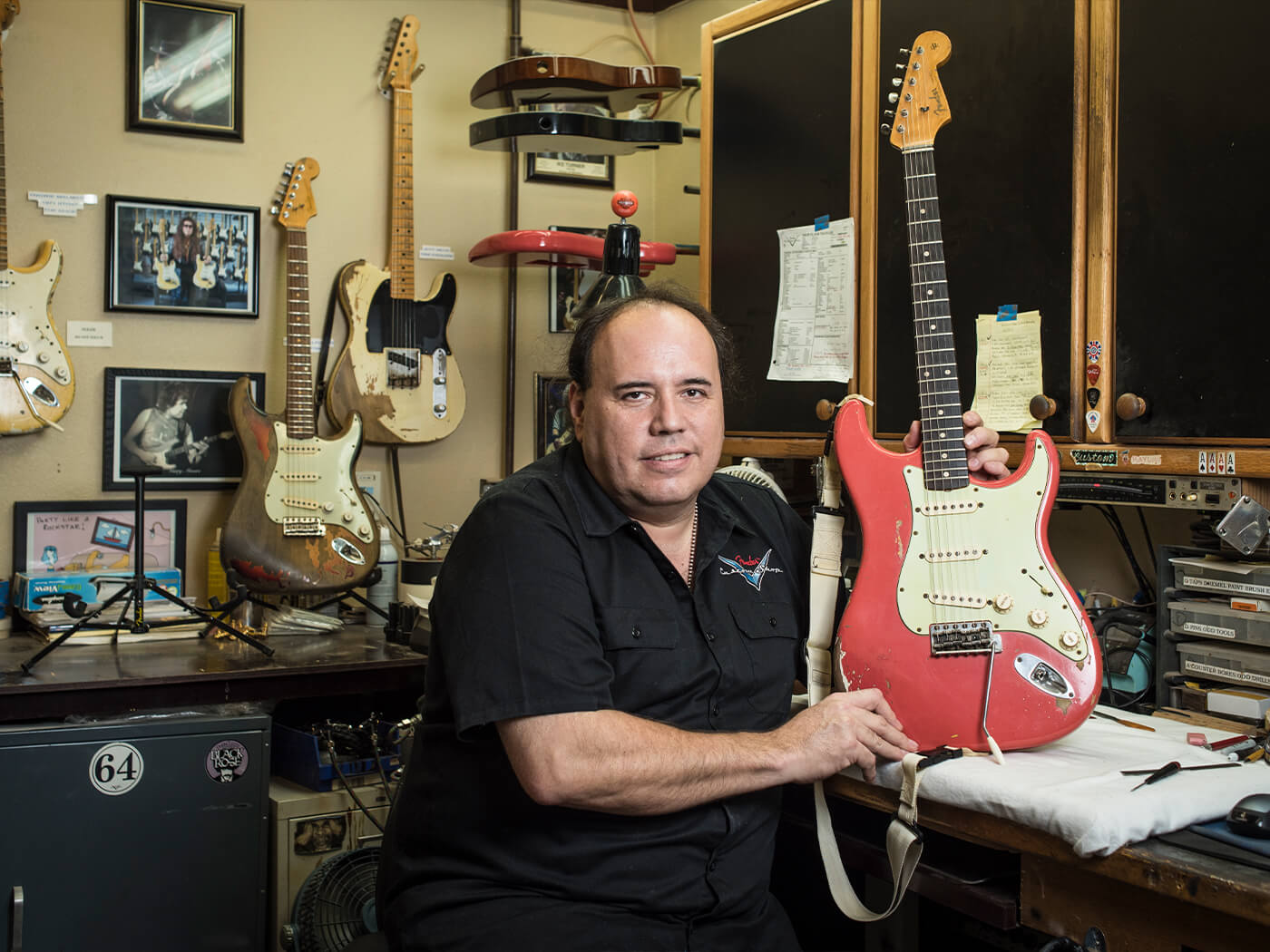 Fender appears to have cut ties with long-time Custom Shop Master Builder John Cruz over an alleged, controversial Facebook post that he made concerning the protests in the US.

The luthier’s name has been removed from the Meet The Builders section of the Fender Custom Shop website. Although Fender has confirmed to Guitar.com that Cruz is no longer with the company, it declined to comment further as “a matter of company policy”.

Speculation over the grounds for Cruz’s dismissal circulated on guitar forums yesterday (8 June), but the allegations can be traced back to a now-deleted Facebook post by bassist Gregor Fris on 2 June. Fris wrote: “Hey Fender Custom Shop Master Builder John Cruz. Are you planning to stop making fun of harming and even killing black protestors anytime soon?”

The bassist was seemingly referring to a now-deleted meme, said to be shared by Cruz on Facebook. A user of the thefretboard.co.uk forum uploaded a screenshot of the alleged post in a thread entitled “Fender John Cruz”. It is still unclear if Cruz did indeed make the Facebook post.

John Cruz joined Fender in 1987, rising to the rank of Master Builder at the Fender Custom Shop in 2003. His most well-known creations include reproductions of Stevie Ray Vaughan’s famous ‘Number One’ Stratocaster, the Jeff Beck Esquire Relic, the replica of Yngwie Malmsteen’s ‘Duck’ Stratocaster, the John Mayer Limited Edition Black 1 Stratocaster, and the Gary Moore 1961 Fiesta Red Stratocaster.

In response to the ongoing protests in the US, Fender CEO Andy Mooney issued a statement on 2 June condemning racism and making clear the company’s stance “in the fight against inequality and injustice”. Read the full statement below.