Learn and play along to 750,000 tracks with Fender Songs

Fender's brand new subscription-based learning platform offers accurate guitar chords and lyrics for over 750,000 songs across a variety of genres. 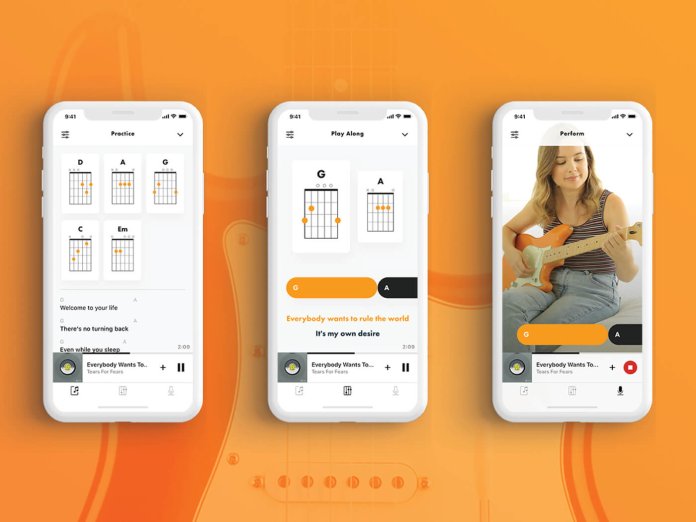 Fender has launched Fender Songs, a new app that’ll enable users to practice, play along and perform to millions of their favourite songs through Apple Music – all for $4.99 a month.

The app integrates with your existing Apple Music library, and at launch offers lyrics and accurate guitar, piano and ukulele chords for over 750,000 tracks, with more being added as the service expands.

Targeted at players of all levels, the new app provides instant access to songs licensed by Sony/ATV Music Publishing, BMG, Warner Chappell and more, which you can then use to play along to the original tracks streamed through Apple Music. Fender Songs builds on Fender Play, the brand’s popular video-based learning platform, which also focuses on a song-based learning method.

“Fender Songs is for people who know how to play guitar, to increase their engagement level by giving them immediate access to the chords for songs that they want to listen to on their streaming music service,” Fender CEO Andy Mooney tells us in an interview.

Right now, the new app is only available in the US, exclusively on iPhone and iPod Touch, but Fender says plans are in the works for various other platforms and streaming services in the future, including Spotify.

In terms of functionality, the app focuses on three modes: Practice, Play-along and Perform. Here’s a snapshot:

Other tools designed to help users with their playing include a metronome, left-handed mode, capo, tempo adjustment, drums and bass, and Setlists. The latter provides users with the ability to group up songs for a special performance or keep their practice sessions tidy.