A judge has denied Gibson’s motion to dismiss Heritage’s Second Amended Complaint, ruling that it is not immune to antitrust litigation for trying to enforce its trademarks. 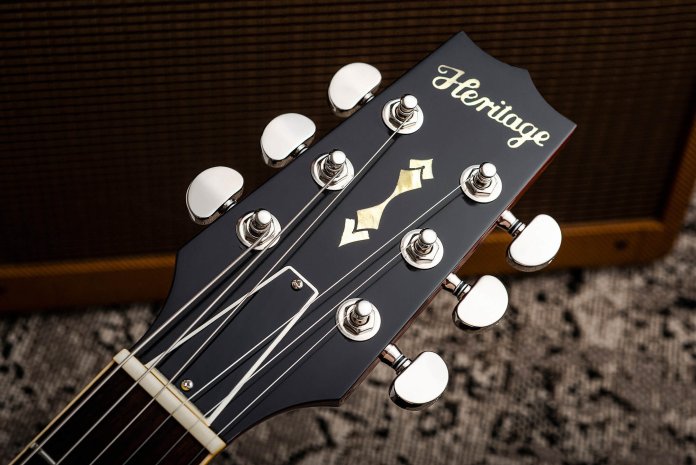 Gibson must face antitrust litigation as part of its legal battle with Heritage Guitars, a Michigan judge has ruled.

The complaint alleged that Gibson is doing this via its trademark litigation threats against Heritage, and by cancelling a contract with Singapore-based musical instruments retailer Swee Lee. Swee Lee is a retailer that, along with Heritage, is part of Vista Musical Instruments, a division of Caldecott Music Group (formerly BandLab Technologies).

Heritage alleged that the contract’s cancellation was done solely to punish BandLab/Caldecott, and hence force Heritage to withdraw from the US guitar market.

These claims of monopolisation join the “declaratory and injunctive relief” Heritage is seeking from Gibson’s threats of trademark litigation. As part of this legal battle, the previously confidential 1991 settlement agreement between the two brands – one that sets out how Heritage can continue to make guitars similar to Gibson’s without threat of litigation – has been made public, due to its relevance to the case.

Gibson had attempted to dismiss the Second Amended Complaint on a number of bases. Firstly, it argued that the definitions Heritage made of the relevant markets to the antitrust claims – those for premium solid-body single-cut guitars and premium semi-hollow double-cut guitars – were too narrow. These markets encompass Gibson’s Les Paul and Heritage’s H-150, and Gibson’s ES-335 and Heritage’s H-535 respectively.

Gibson’s request to dismiss the complaints also cites ‘Noerr-Pennington immunity’. This is a doctrine that gives a private entity immunity to antitrust laws when it is attempting to enforce or aid the enforcement of other laws. For example, an entity that is legally attempting to enforce its trademarks cannot be charged with anti-competitive behaviour for doing so, even if enforcing the trademarks could have anti-competitive effects.

However, “a narrow exception to this doctrine exists”, writes Jarbou, “where the lawsuits are a ‘sham’ and filed for the purpose of interfering with competition”. Heritage’s Second Amended Complaint alleged that Gibson had threatened to file “sham” trademark suits in an anti-competitive manner.

Gibson’s response argued that its claims were not baseless. For instance, it referred to Gibson and Heritage’s 1991 settlement agreement, giving an example of how Heritage could have “unreasonably” interpreted the agreement, opening the door to fair trademark claims.

Jarbou dismissed this argument, writing that: “Gibson’s interpretation is at odds with the plain language of the agreement and would render meaningless portions of [the agreement]”. She added that Gibson did not explain why the Heritage models that Gibson now claims violate the agreement are not protected by the clear wording set out in said agreement.

She therefore ruled that “the Court finds, as a matter of law, that Gibson’s
counterclaims and pre-litigation conduct relating to its Les Paul and ES body shape trademarks are objectively baseless for the purpose of the sham litigation exception to the Noerr-Pennington doctrine”. It means Gibson is not immune to antitrust litigation on the basis of simply trying to enforce its trademarks.

Finally, Gibson’s response to the Second Amended Complaint addresses the termination of Gibson’s contract with Swee Lee. Gibson alleges that “Heritage fails to plead how Gibson’s termination of the Swee Lee distribution agreement harms the competitive process or harms consumers.”

Jarbou’s response is that the court has already found that Heritage plausibly alleges that this conduct was “designed to punish [BandLab Technologies], the common investor, so that it will pull Heritage from the relevant markets in the United States.”

Guitar.com has reached out to Gibson and Heritage for comment.