“Is Gibson the bad guy? The short answer is it really isn’t”: copyright expert on Gibson’s lawsuits

In an op-ed on legal news website Above The Law, a rights lawyer defends the guitar titan.

While many guitarists have decried Gibson’s recent litigation battles and Play Authentic campaign, one copyright expert has spoken up in defence of the guitar giant.

Scott Alan Burroughs, a lawyer with the Californian firm Doniger / Burroughs, has penned an op-ed on the legal blog Above The Law which maintains that Gibson has every right to protect its intellectual property. It just took too long – decades – to do so.

According to Burroughs, intellectual property law exists to encourage innovation. Creators of trademarks and the third-parties who wish to use them can enter into licensing agreements, similar to what Gibson is attempting to do with its Authorized Partnership Program. And if the legal structures that underpin this licensing marketplace did not exist, builders would find it more financially viable to simply rebrand the work of others rather than spend money and labour on R&D, the attorney wrote.

“This is essentially what every guitar manufacturer who creates a ‘singlecut’-type guitar is doing,” he continued. “So why is Gibson the bad guy? The short answer is it really isn’t.”

Burroughs highlighted the fact that Gibson has, historically, been “lax” about protecting its trademarks. For instance, the Flying V was released in 1958, yet the company only registered with the US trademark office in 1997. Between that period, Gibson did not actively enforce its rights even though other companies “ripped off [its] work and marketed copies”. This has created the perception that the Flying V mark is no longer only associated with Gibson.

“By standing down in the exact way they are currently being admonished for not doing, Gibson waived or at least limited their statutory right to maintain the uniqueness of their marks,” Burroughs reasoned. 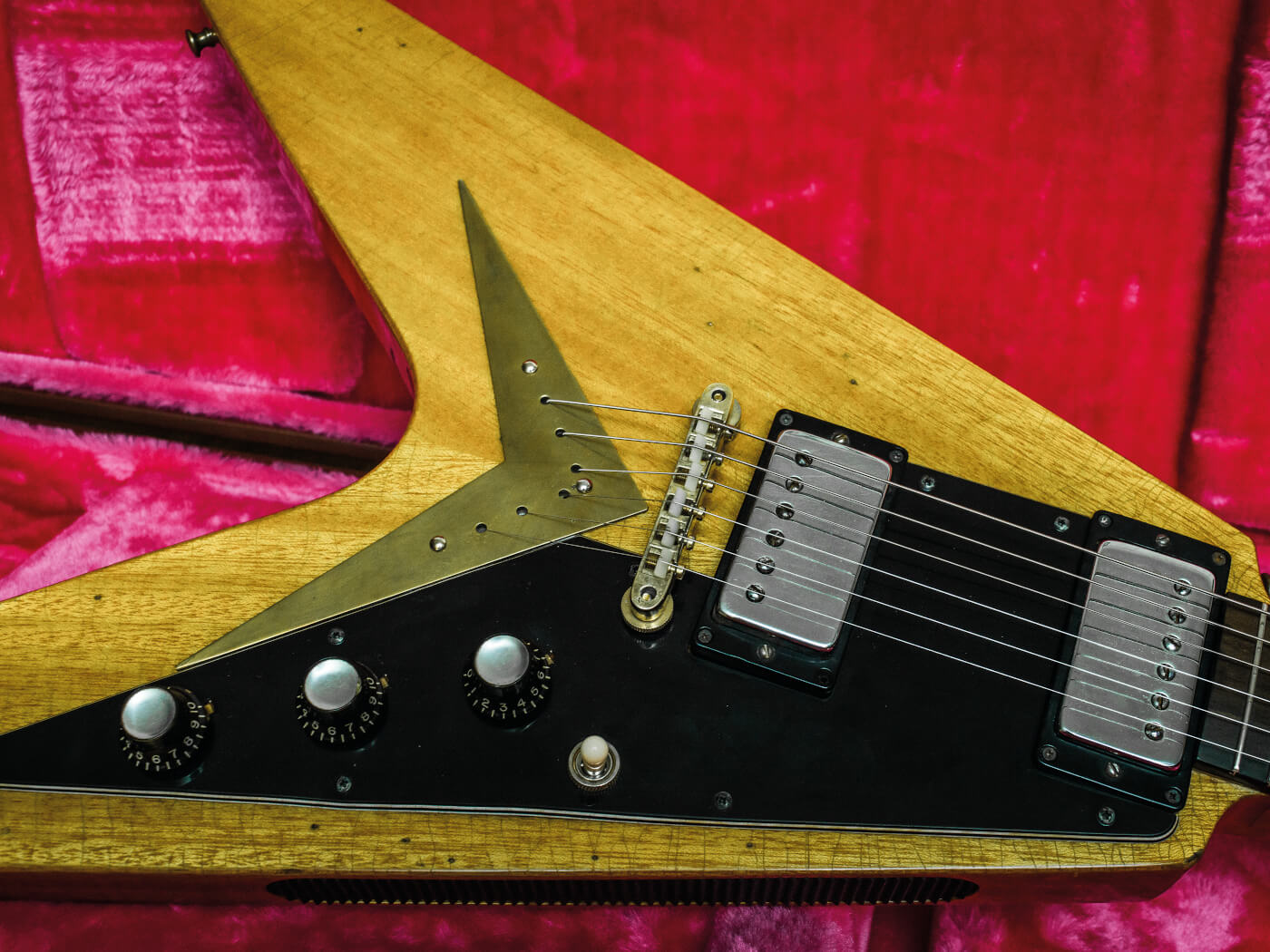 The lawyer also argued that Gibson’s brand equity is at stake when others allegedly ‘copy’ its designs. If someone hears, say, a Dean V on stage and dislikes its tone but mistakes it for a Flying V, that would be “injurious to Gibson as the concertgoer may reconsider purchasing a Gibson”.

All that said, Burroughs acknowledged the “bizarre” manner in which Gibson communicated its Play Authentic campaign to the guitar-playing public served the company no favours. “If Gibson had delivered its message to alleged and potential infringers via a different medium, and perhaps with a smile, its message would likely have been more well-received,” he concluded.

Keep up with industry news here.