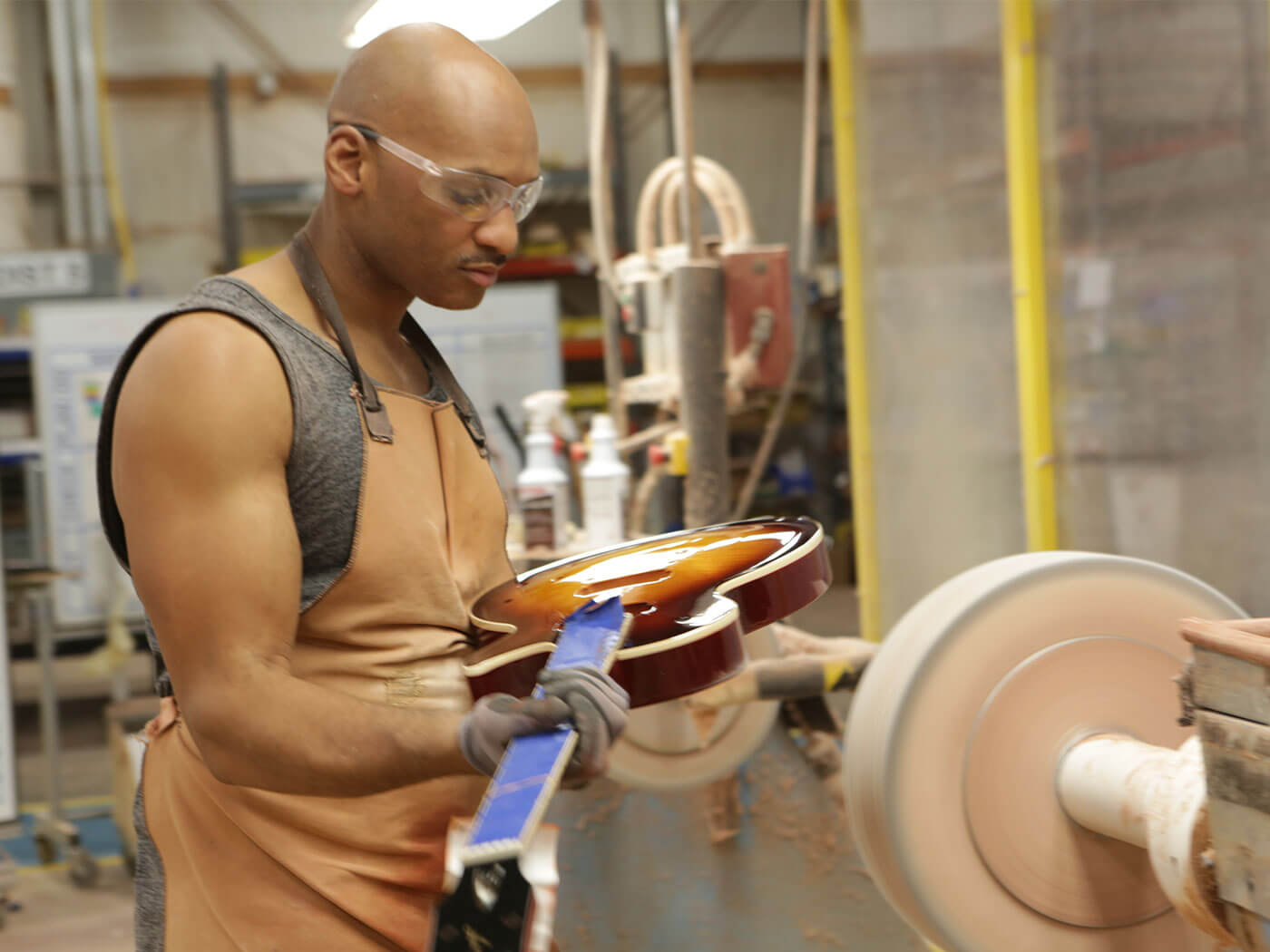 National Geographic will feature the Gibson factory on a new episode of its Made In A Day series. The episode was filmed at Gibson’s Nashville HQ in autumn 2019.

This second episode of the documentary series will follow the guitar-building process from creation and production to transport, covering the entire evolution and journey of a Les Paul. The show will also talk with the luthiers and artisans that hand-craft the guitars as they follow the process. The exploration covers the manufacturing of a guitar holistically, looking at both the handiwork and the global logistics involved.

The episode will broadcast in the US 15 august, and in the UK today (13 August). Find out more and view the full international broadcast schedule at natgeotv.com.