Gibson follows through on video threat and files multi-million dollar lawsuit against Dean and Luna Guitars in Texas court. 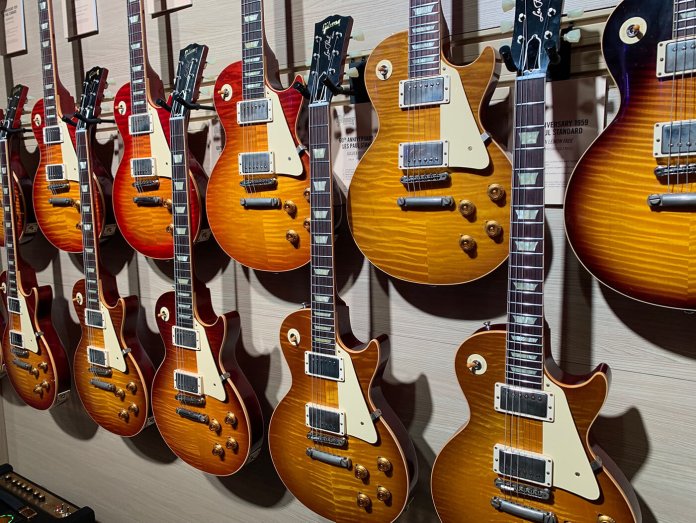 UPDATE: Armadillo Enterprises has responded to the news of the suit in a letter to the company’s dealers, strongly refuting the claims made in Gibson’s complaint.

Armadillo CEO Evan Rubinson describes the suit as “entirely baseless” and says, “we will vigorously defend ourselves and seek to cancel Gibson’s alleged trademark registrations” while also claiming that, “We respect and value the intellectual property rights of others. But… some things are just too common and basic for one company to claim as their own property.”

Read more about Armadillo’s response to the Gibson suit here.

Gibson Brands, Inc. has filed a multi-million dollar lawsuit against the parent company of Dean Guitars and Luna Guitars in a Texas court. The guitar giant is alleging trademark infringement, trademark counterfeiting, unfair competition and trademark dilution on the part of Florida-based Armadillo Distribution Enterprises, Inc.

Among other allegations, Gibson is accusing Armadillo, which also owns drum maker Ddrum, of running afoul of seven of its trademarks. These include the body shape design of the Flying V, Explorer, ES and SG, as well as the ‘Dove Wing’ headstock design, the ‘Hummingbird’ name and the ‘Moderne’ trademark.

The news of this suit comes hot on the heels of Gibson Director Of Brand Experience Mark Agnesi discussing trademark infringement in a YouTube video uploaded by Gibson last week. In the video, Agnesi cautioned other guitar builders, “You have been warned, we’re looking out and we’re here to protect our iconic legacy.”

The video caused a wave of negative reactions from the online guitar community, leading to the clip being quickly pulled from YouTube.

It seems as though Gibson is ready to back up these strong words with action. The suit was filed in the United States District Court For The Eastern District Of Texas in May, but amended on 6 June 2019, a week before Agnesi’s video was published.

What’s striking is the timing of the suit, as these Dean guitars have been in the market for decades. Dean Guitars was founded by luthier Dean Zelinsky in 1977, and his take on the Flying V and Explorer – the V and Z – have been in the Dean catalogue ever since. The V even celebrated its 30th birthday with a special anniversary model in 2007.

Over the years, Dean Guitars has been popular with rock players from Leslie West to Dimebag Darrell, while the V has become closely associated with Michael Schenker, and the Z famously clad in wool for ZZ Top’s Legs video.

But Gibson apparently shifted its position on these guitars as the angular models hit their 40th birthdays, which also coincided with the passing of Armadillo founder Elliott Rubinson in February 2017. This latest suit notes that Gibson had sent a cease and desist letter in October 2017, when the Nashville company was still under its previous management. However, no further action against Armadillo was taken during former CEO Henry Juszkiewicz’s tenure.

Following Gibson’s recovery from a well-publicised period of financial instability, it seems the company has escalated its complaint under the new leadership of James ‘JC’ Curleigh, Cesar Gueikian and KKR & Co. The company sent its own cease and desist in May 2019, followed by this court filing.

This is notable because not only is it a more serious accusation than trademark infringement, the penalties if the court is to find against Armadillo are also much greater. Gibson is seeking damages comprising Armadillo’s profits, damages sustained by Gibson, and the costs of the action, as well as for the former two amounts “to be trebled or otherwise multiplied to the extent permitted by statute”, according to official court documents. Alternatively, Gibson can pursue statutory damages of up to and including $14 million ($2 million for each of the seven mentioned in the filing).

Gibson has requested a jury trial to resolve the case. Guitar.com has approached both Armadillo Enterprises and Gibson Brands for comment.