Gibson claims the headstock shape trademark, which Collings filed for last year, will “impair the distinctiveness” of three of its own trademarks. 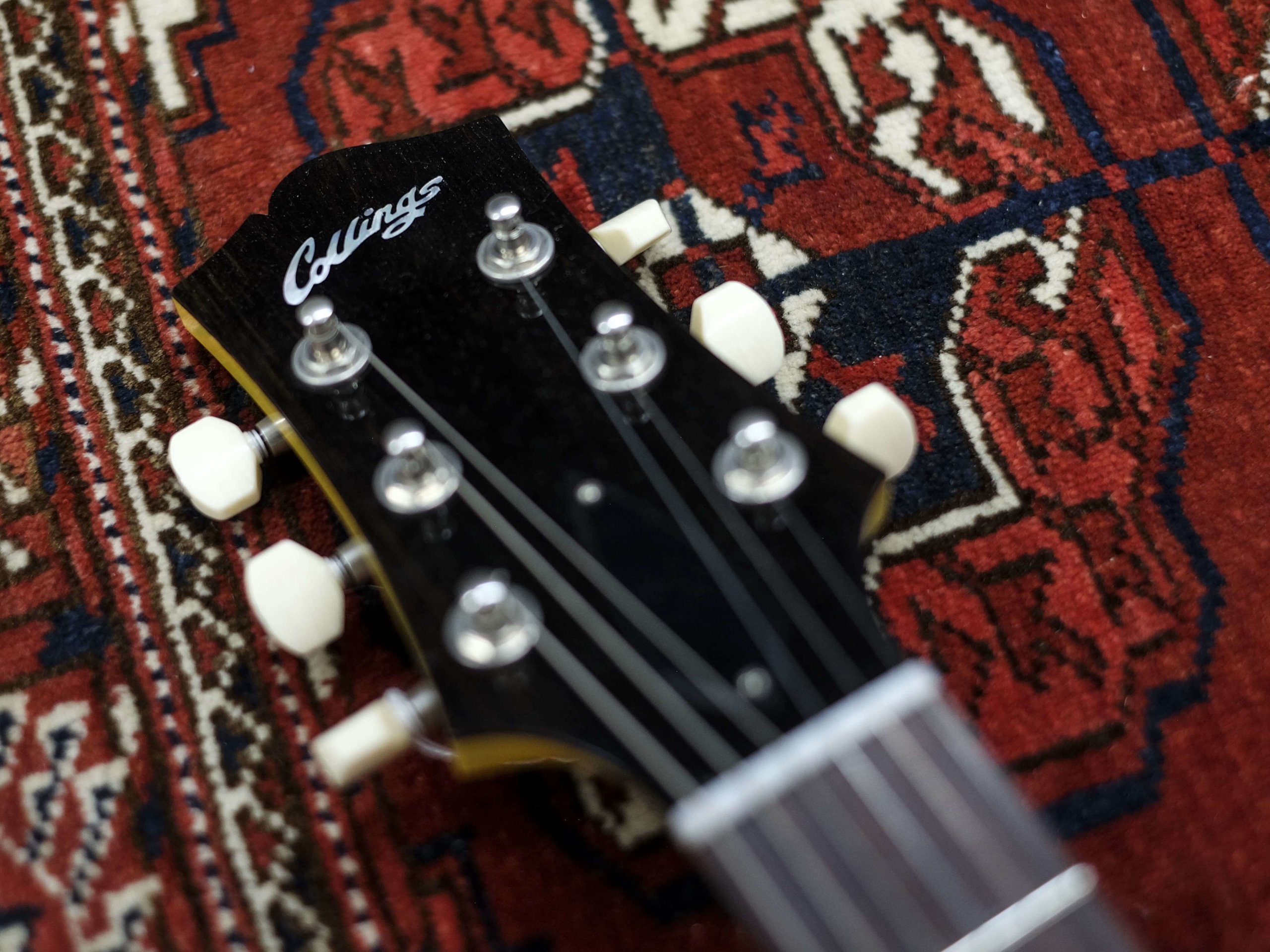 Collings began the process of trademarking its headstock in April 2019, with the window for opposition opening on 18 February 2020.

Gibson argues that these headstock designs have been used for “commerce in the United States continuously since at least as early as 1922 in connection with the manufacture, distribution, promotion, advertising, and sale” of its musical instruments. It continues, arguing that these headstock designs are “distinctive to both the consuming public” and to the musical instrument trade.

The opposition also contends that Gibson’s trademarks have priority over Collings because Gibson’s “use and registration dates predate the Applicant’s [Collings’] alleged date of first use or any other date on which the Applicant may rely for purposes of priority.”

Two separate grounds for opposition are then given. Firstly, a ‘likelihood of confusion’ – that is, as Collings’ and Gibson’s headstocks “are of similar types, are offered or may be offered through the same, […] channels of trade, to the same […] classes of purchasers and are or may be advertised, marketed and promoted through the same media channels,” Gibson argues the similarity is strong enough to cause “confusion, mistake, or deception” between the brands.

The second ground for opposition is ‘dilution’. The argument made here is that registering Collings’ headstock as a trademark “would be likely to impair the distinctiveness, and cause dilution by blurring” of Gibson’s most notable headstock designs.

The opposition is the latest in a series of legal moves by Gibson against other brands. Most recently, it began action against Satellite Amplifiers over the Coronet trademark. Earlier this year, it sent a cease and desist to Kiesel Guitars over its Ultra V and California Single models.

In the last year, however, Gibson has claimed that it wants to move “from confrontation to collaboration” with other builders, and when we spoke to Gibson CMO Cesar Gueikian before NAMM 2020, he reiterated the brand’s desire to move past its legacy of legal disputes.

“We inherited, from the previous owners, a legacy of confrontation and litigation, which we have essentially now been putting to bed,” he said. “There are literally just one or two situations that we haven’t been able to resolve amicably, and not because of a lack of intention on our side. But everything else, why not collaborate with those who are doing really cool things?”