Why a two-word Instagram comment from CMO Cesar Gueikian hints that a much-desired change to the look of Ephiphone’s new guitars could be coming soon. 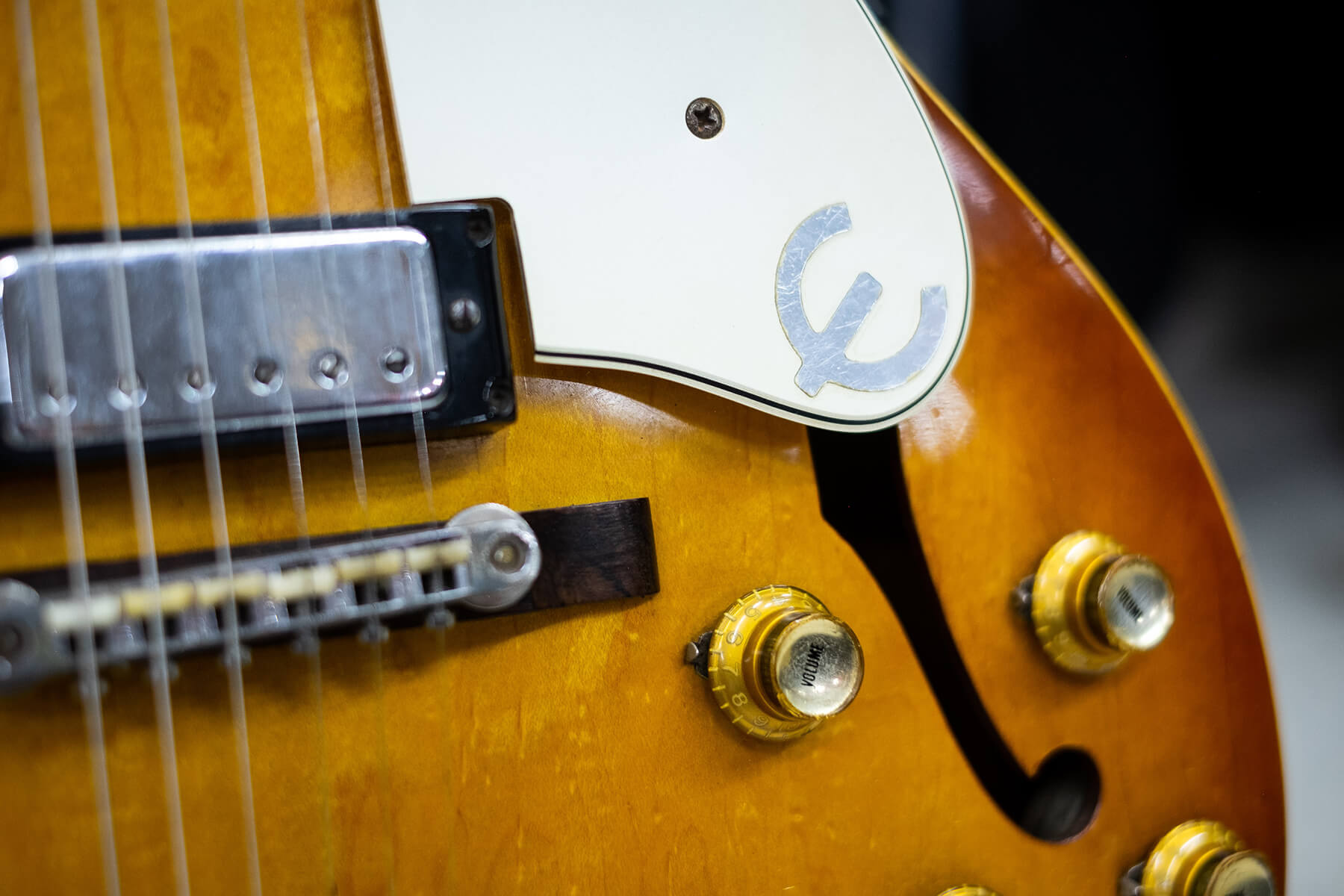 Having spent much of 2019 overhauling and improving the company’s USA-made core line, we don’t yet know when Gibson will turn its attention to its ever-popular budget brand Epiphone, but an Instagram post from the company’s CMO Cesar Gueikian has hinted that big changes might be afoot for its most popular electric guitars.

In an Instagram post from Gueikian showing off some vintage Epiphone headstock templates sporting the classic ‘open-book’ style, user ‘cwwoodhead’ commented that the company should bring this shape back to the entire Epiphone range – Cesar’s response? “It’s coming”.

So why would be a big deal? Well, while not universally the case, the current headstock used on most Epiphone electrics (bar the Casino, Firebird, Explorer etc) has been much-maligned by guitar fans for some time, primarily because it’s perceived to be not as elegant as the open-book/moustache headstock used on Gibson’s Les Pauls, 335s and the like.

There’s also those who dislike that the different headstock changes the fundamental look of these instruments in a way that budget guitars from other brands don’t do, and also makes it more obvious that you’re playing a cheaper instrument. It’s such a problem that Google’s first suggestion when you type in ‘Epiphone headstock’ is ‘conversion’.

But would the open-book design improve matters that much? Well, it’s certainly a lot closer in look to the Gibson stock without being identical, which will please those who think the thinner Epi headstock makes guitars on it look unbalanced.

It’s also a design that has plenty of Epiphone history itself, having been used on plenty of the company’s guitars in its long history, notably Paul McCartney’s Casino, the Century model and many others.

It would also have the added benefit of making these guitars feel more classic, which is something that has been a key facet of Gueikian’s highly successful and well-received overhaul of Gibson’s 2019 Standard range.

While it could be a way off before we see them, it would be a smart move by Gibson to both please its existing fans who have been asking for this for years, while also making it easier for Epiphone to pull in new players at the lower end of the market.