Knobs’ Scott Harper on the future of guitar pedals: “There’s no reason that an instrument cant go in a pedal”

The YouTuber and Chase Bliss's new Director of Product Development for Chase Bliss Audio has spoken about his vision for the future of pedals. 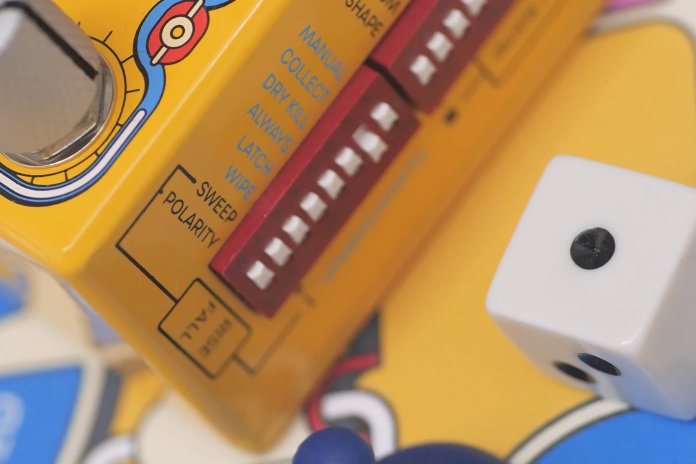 Scott Harper, man behind the KNOBs YouTube channel and the newly installed Director of Product Development for Chase Bliss Audio has spoken about where he thinks the future of pedal manufacturing will lead.

Ina video posted to the Chase Bliss YouTube channel, viewers were introduced to the brand’s latest employee, who has previously collaborated with the brand on the hugely popular Blooper pedal, who shared his opinions on the value and future of pedals in the industry.

“I think pedals, even really simple ones, do more than people expect,” Harper says. “I think it brings a lot of life into people’s eyes when you talk about it, so it never gets old.”

Since first appearing in 2014, Knobs has become one of the most celebrated and creative YouTube channels in the pedal world, while Harper has also written for Premier Guitar, and co-authored the book Pedal Crush with Kim Bjorn.

In the video posted Harper goes on to discuss what his new role will entail, and how he hopes people will perceive pedals in the future:

“The guitar pedals are usually pretty iterative, like a new pedal will be a small improvement over an older pedal, rather than a brand new idea,” he reflects. “To me, pedals have always been a form factor, just the same way that a synth is a box that you put something in. There’s no reason that an instrument cant go in a pedal.”

However, in light of Harper’s comments about iterative improvements it’s no surprise that Chase Bliss was determined to make the MKII a ground-up rebuild.

The result, according to Chase Bliss, is a pedal that offers “the most accurate real-time tape simulator we could manage” with extremely low amounts of latency and stereo outputs.