The Muse frontman buys the company whose guitars he has been using since the early days of the band. 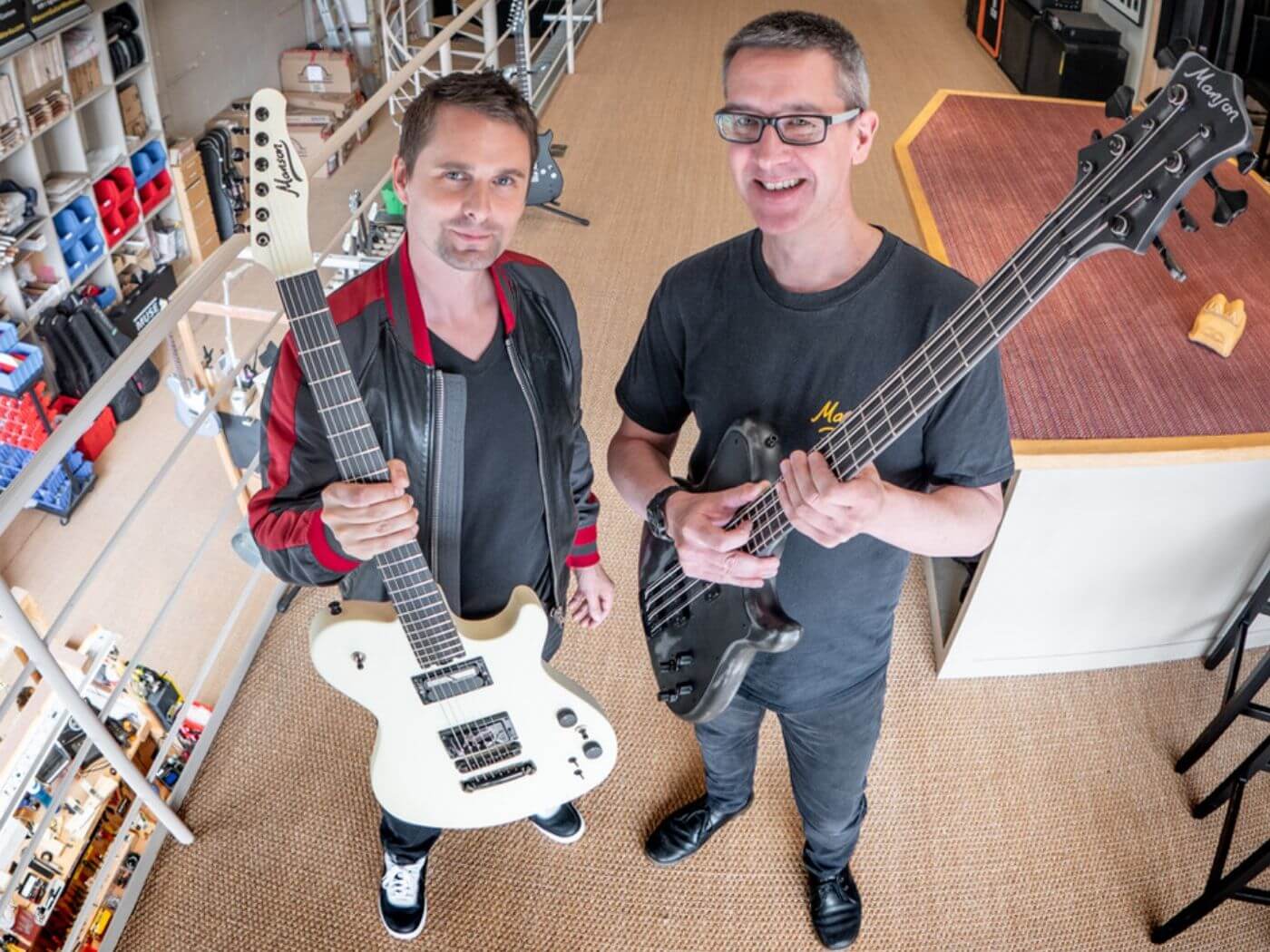 Matt Bellamy and Manson Guitar Works share a close relationship stretching back over two decades – and now, the Muse frontman has announced that he has acquired the majority share of the Devon, UK-based company.

“I’m excited to be taking ownership of Manson Guitar Works and developing its potential in the future,” Bellamy said in a statement. “Having played Manson Guitars since I was able to co-design my first custom guitar I have the best insight into the products.”

Hugh Manson, founder and luthier of the brand, will remain as a consultant to the company to allow the 65-year-old to take “semi-retirement”, according to a press release.

Bellamy’s association with Manson Guitar Works, which goes back more than 20 years to the early days of Muse, is best known for his collection of high-tech guitars loaded with in-built gadgets such as Kaoss Pads, synths and effects units.

Besides custom builds for Bellamy, the firm has also made custom instruments for the likes of Dave Grohl and John Paul Jones, while the association with the Muse man has seen the guitar maker expand to create production lines including the M-Series, the signature series, and an affordable MBC-1 Matt Bellamy signature model produced by Cort.

Very excited to be taking over ownership of the amazing @Manson_Guitars after nearly 20 years of working together. We will be working a lot closer together from now on designing lots of great new instruments.… https://t.co/ZtlwlOE0Uq