The majority were freelance workers, not covered by government financial relief. 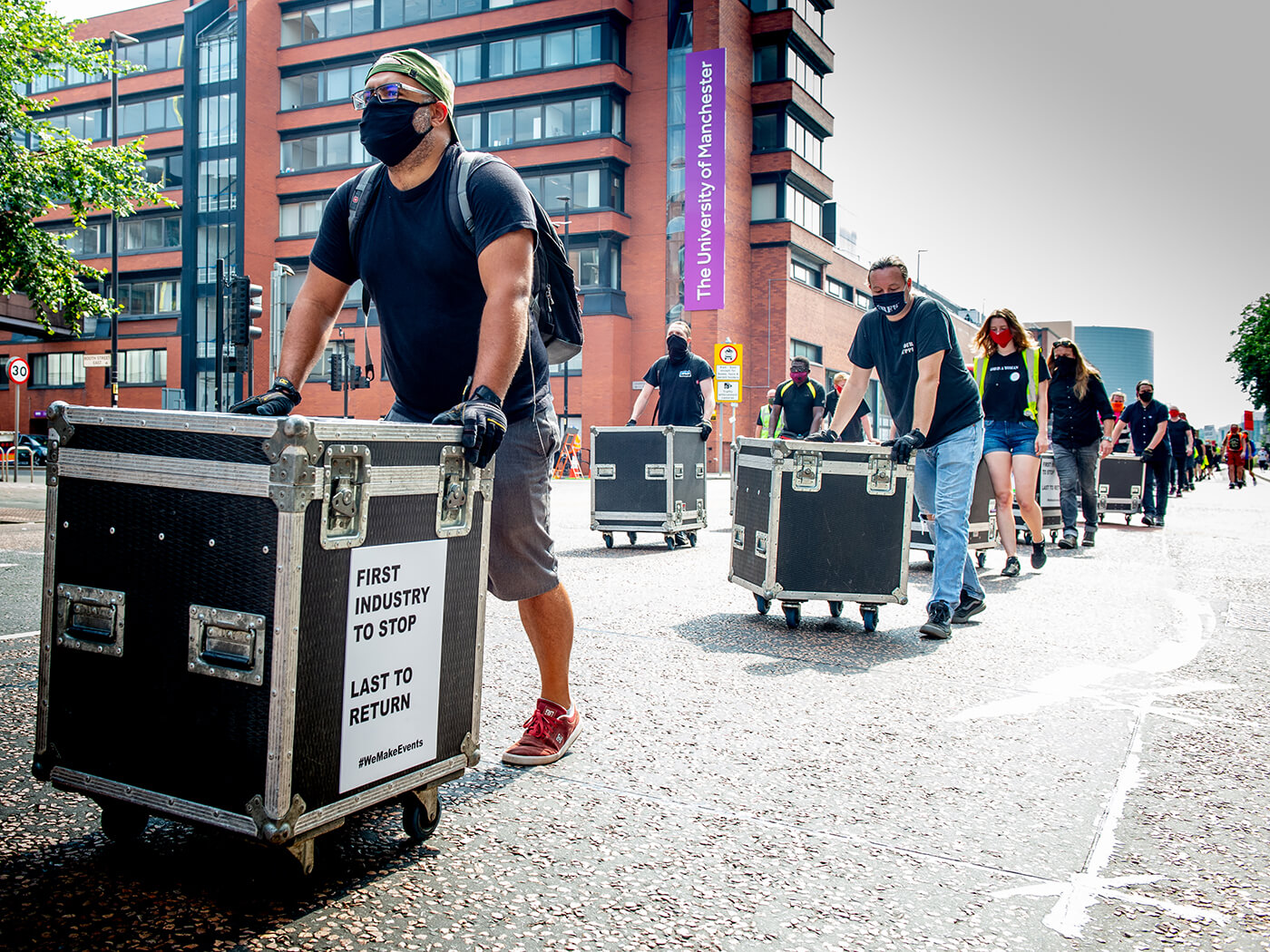 Over 300 venues across the UK – including the Royal Festival Hall and London’s National Theatre – all turned their lights red in solidarity and support of the music workers.

Last month, the UK announced a £1.57bn relief package to support theatres, galleries and other heritage sites amid COVID-19 lockdown. Although the government previously stated that this would eventually lead to more work for freelancers – many have found themselves in dire financial straits at present without direct government funding.

Alistair Westell, a freelance audio technician, spoke to the BBC about how his work calendar had dried up suddenly in the past months, and how it has affected him.

“For me personally, everything in my diary popped out in March, including the Olympics in Tokyo, which I should have been working at last week,” he said. “I’m used to quiet spells, but with this everything went off like a light switch. [Most events] have been pushed back until next year, if at all.”

“I must admit, I’ve had a few sleepless nights. Luckily, I have a partner who is still working, but the money I’m living on is savings, so it’s affected us quite badly.”

The Red Alert campaign has garnered the support of several big name artists, including Peter Gabriel, New Order and the Cure.

Speaking in support of the Red Alert campaign in a Facebook post, members of New Order made a statement urging fans to join the movement:

“Without major immediate support from [the] government, the entire live events sector supply chain is at risk of collapse. Red Alert is a campaign to raise public and media awareness in support of the live events sector which employs over circa 1,000,000 highly skilled people in the UK, all of whom have had no work for the past four months with little likelihood of restarting until Spring 2021.”

Without major immediate support from government, the entire live events sector supply chain is at risk of collapse. Red…