Singer songwriters are invited to enter the JBL EON ONE Take UK competition for a chance to win a JBL EON ONE PA system and a day’s recording at London’s Strongroom Studios with Grammy Award winner and producer Steve Levine. 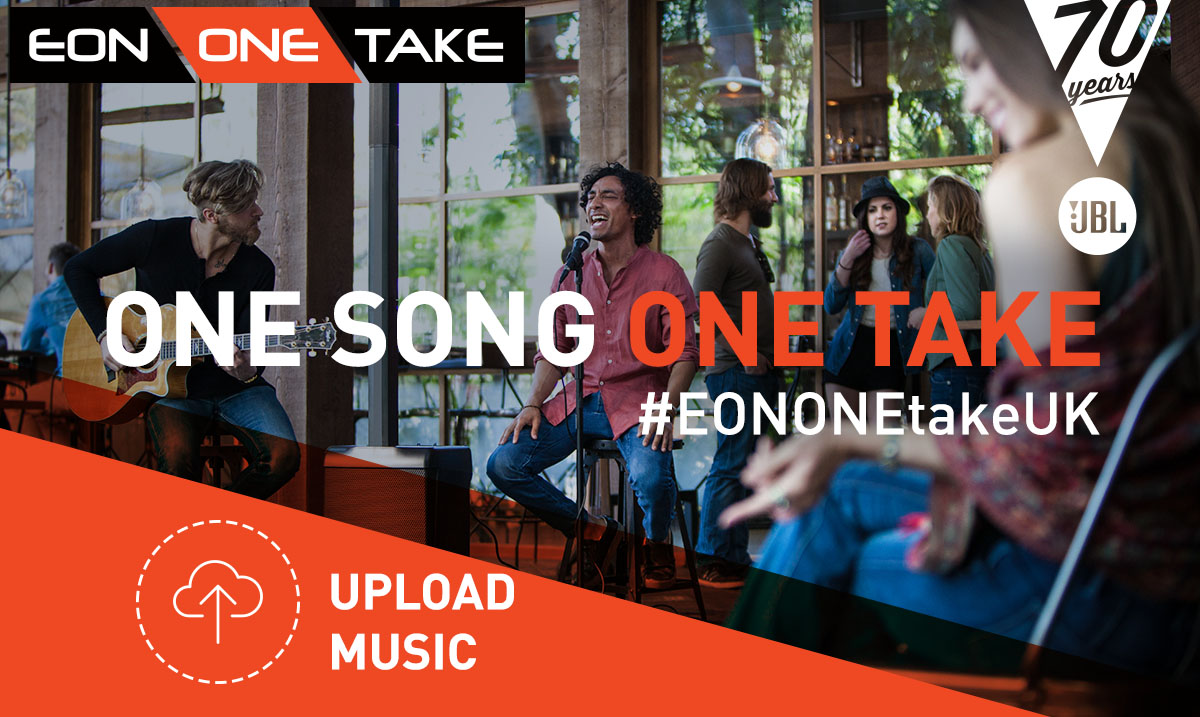 HARMAN’s JBL Professional are pleased to announce JBL EON ONE Take UK, a major new competition giving the UK’s best unsigned singer/songwriters the chance to showcase their talents and be in with a chance of winning some amazing prizes.

Open to all residents in the UK over the age of 18 and unsigned to any record labels, we want to hear an original song and performance. The prizes available are great and plentiful with the ultimate prize consisting of a JBL EON ONE Portable PA system and a day of recording and mixing with Grammy Award winner and producer Steve Levine at the iconic Strongroom Studios in London. There will be plenty of AKG microphones and headphones up for grabs for runners up so don’t miss out!

How To Enter
Entrants simply need to visit eononetake.uk, register and upload an original song performed by themselves that is no longer than three minutes in duration, consisting of a vocal and single instrument track. The song will then be uploaded onto the contest wall and the entrant will have their recording hosted on their own competition page, from there it can be shared across social platforms to obtain as many votes as possible.

Qualifying For The Live Phase
The top 40 voted entries will win an AKG P5i microphone and move through to the live phase of the competition. Qualifiers visit their chosen local retailer to record their song live in “ONE TAKE” in the EON ONE recording pod. Each performance will be filmed and uploaded to the competition site, where the song will be judged by an elite panel including producer Steve Levine and Russell Deeks the Editor of Songwriting Magazine.

The Winners
The judges will select 10 runners up, who will receive a pair of AKG K702 headphones, and a Grand Prize winner who will receive the ultimate prize of a JBL EON ONE Portable PA system and a day recording and mixing with former BPI Producer of The Year, Steve Levine, at the influential Strongroom Studios in London. The world’s leading artists have been recorded at Strongroom, including Radiohead, Bjork, ALT-J and London Grammar to name but a few.

Competition Dates
Entry to the competition runs from 8th May 2017 and closes on 19th June 2017. For full competition information including the full list of terms and conditions please visit eononetake.uk.