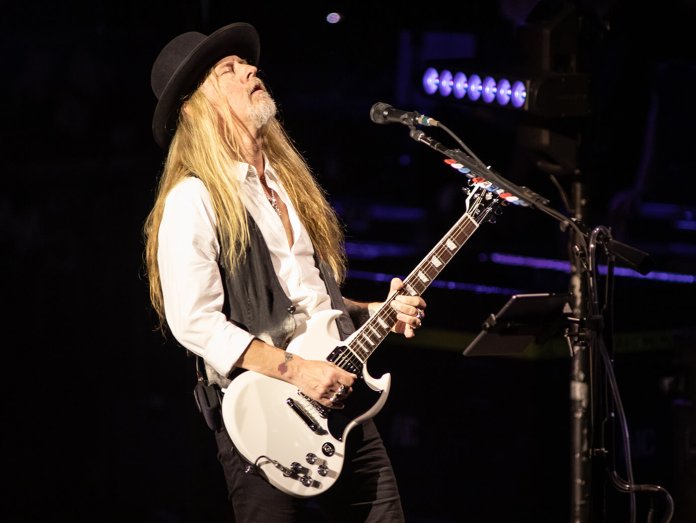 NAMM 2020: Jerry Cantrell, the force behind Alice In Chains, is now officially a Gibson artist, the guitar giant announced. The iconic rocker will join the company as a brand ambassador.

“I’m very happy to announce that I am officially joining the Gibson family,” Cantrell said in a statement. “I’m looking forward to what we can create together in the future.”

The development was announced in tandem with Gibson’s ‘Golden Era’ initiative, which celebrates iconic models from the company’s past while building instruments that modern players will enjoy.

The 53-year-old guitarist was picked for his illustrious career in rock music – as well as being a personal hero to Gibson Chief Merchant Officer Cesar Gueikian. “Bringing Jerry to the Gibson family is a dream come true,” he said. He is one of the riff lord heroes that personally influenced and inspired me to play guitar.

“It’s a privilege to have such an icon become one of our ambassadors. He continues to shape sound in a way that is unique to his artistry. Together we will be on a quest to make music matter more than ever.”

Beyond Alice In Chains, Cantrell has a solo career that spans two albums and numerous film soundtracks, among Spider-Man and Punisher. His work has earned him fans among other great musicians, too. Slash, Dimebag Darrell, Kerry King and even Elton John have sung him praises.

Guitar.com Live: Everything you need to know about Kerry “2Smooth” Marshall