The El Rey Dorado Distortion is built for lovers of vintage Marshall tone. 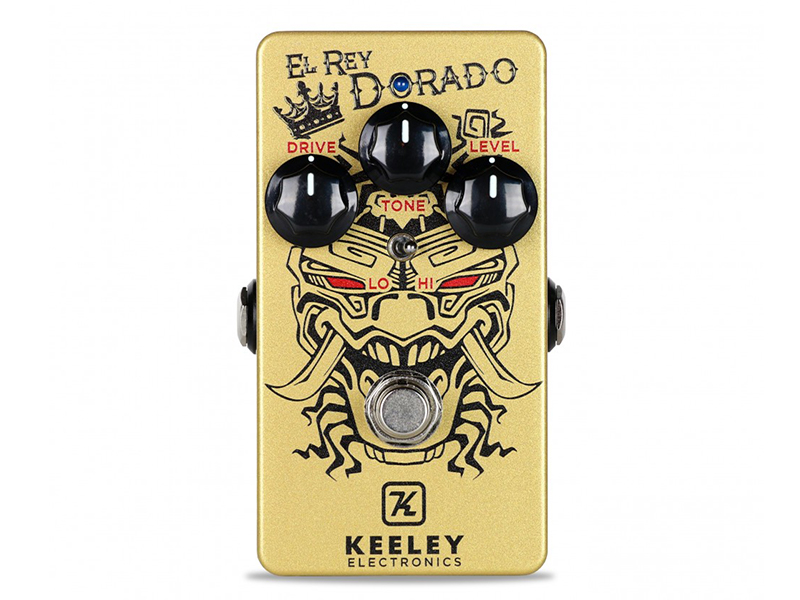 The El Rey Dorado features two gain modes, simply called Lo and Hi. The former delivers a louder, fatter, “old-school” crunch, while the latter is better suited for leads, with more compression and harmonics. The rest of the controls are fairly standard: “Drive,” “Tone,” and “Level.”

While other amps did influence the pedal’s tone, Keeley’s own Marshall deserves a special shout-out. According to the man himself, “It’s a dead-on reissue Marshall did with crazy cool custom-made vintage re-creation speakers and dual transformers to transfer the load of the four EL-84s!”

The El Rey Dorado Distortion lists for $149, and will begin shipping in May. For more information, check out robertkeeley.com.