The most accurate and realistic digital guitar amplifier on earth gets scaled down to a multi-effects sized floorboard. 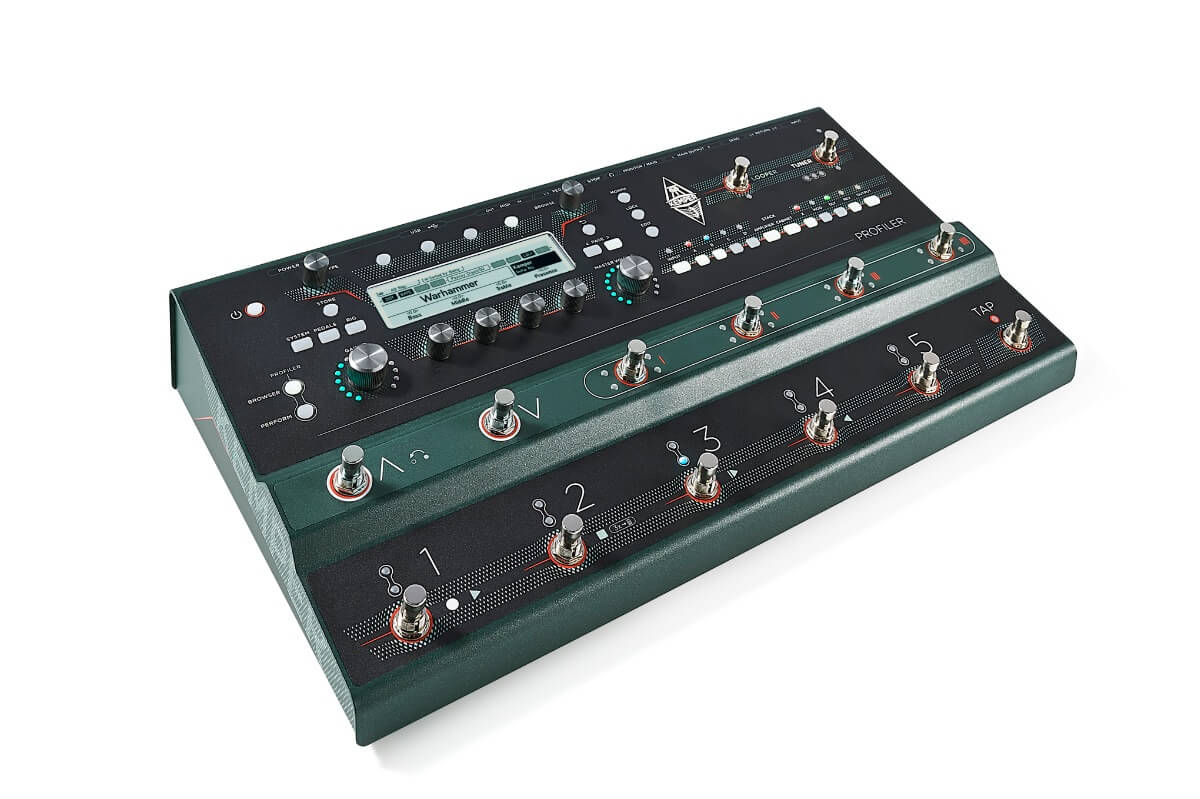 Since it landed in 2012, Kemper’s Profiling amp has set the standard for digital modelling amps, and now the German company has somehow managed to squeeze all the technology that makes that unit the most realistic sounding and feeling digital amp around into a rugged compact floorboard, dubbed the Profiler Stage.

It’s no scaled down version of the Profiler either – Kemper is at pains to reassure that this black and green floorboard might look like a multi-effects unit, but it is in fact a full-fat Profiler amp, scaled down and combined with its rugged Remote controller to create an all-in one floor-based multi-effects and modelling-amp powerhouse.

So that means it contains Kemper’s revolutionary Profiling technology that can capture and replicate the sound of any real-world amp you choose, as well as giving you access to Kemper’s huge library of real-world profiled amps. 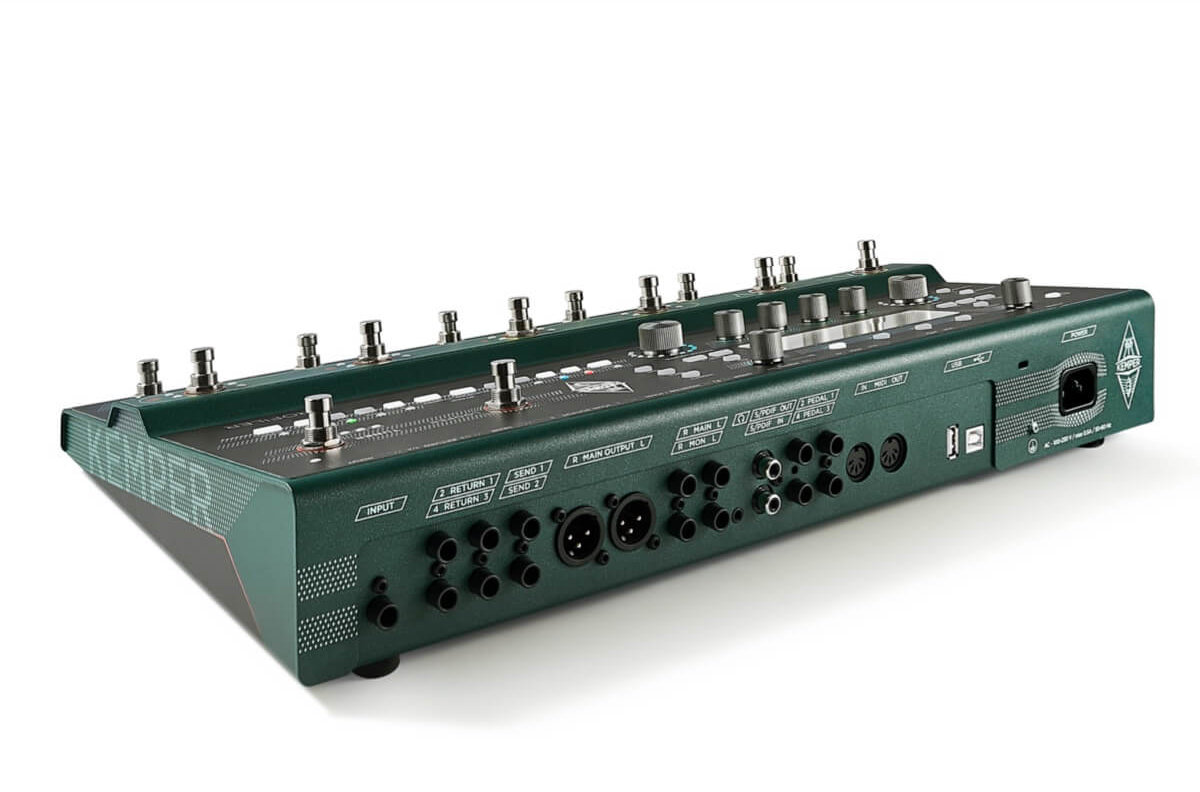 The rugged metal housing features five preset buttons to access a rig of your choice, with four additional buttons used to trigger up to four effects (or groups of effects) within each rig, while there are also dedicated buttons for tuner, looper and tap tempo.

Navigating these on stage shouldn’t be a problem either, as Kemper promises that the two-colour display is ‘sunlight proof’ increasing the contrast and brightness automatically depending on the brightness (or not) of the environment in which you play.

As you’d expect with a high-end modelling amp, there’s also a cornucopia of outputs round the back of the Profiler Stage. Firstly, there are dedicated stereo monitor outputs for driving two either full range or standard guitar cabs simultaneously and independently from the direct stereo feed.

Then there’s two stereo effect loops with stereo returns for each, and the ability to have a whopping four expression pedals plugged in, should you need it, for even greater control of your tone.