The dual-pedal comes loaded with reverb and delay features. 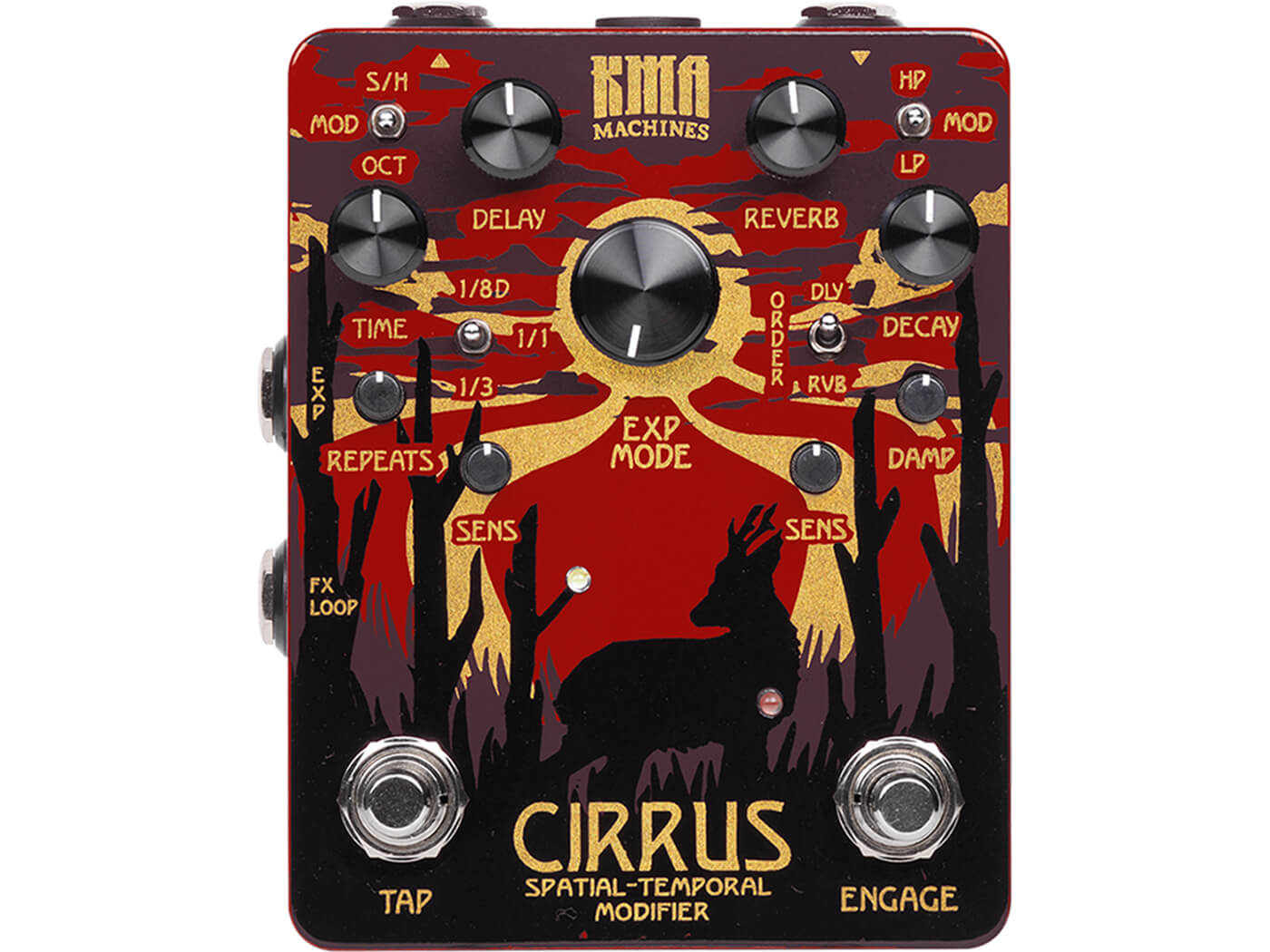 KMA Audio Machines has released the Cirrus, a combined reverb and delay pedal that marks the manufacturer’s first foray into the world of fully-digital effects.

The unit features extensive parameter control for both effects, alongside expression pedal support and an effects loop. Both effects dynamically respond to picking attack, the sensitivity of the response being controlled by two independent controls. The reverb and delay both have three distinct sounds on tap, ranging from traditional echoes to shimmering, filtered strangeness. The order can also be flipped with either the delay before the reverb, or the inverse.

The central selector knob governs which control is affected by an expression pedal: the delay time, reverb decay, delay repeats, reverb damping, or the sensitivity of either effect.

The Cirrus lists for €199, and is available now. Find out more at kma-machines.com.