Knaggs Guitars has announced its new Steve Stevens SSC signature guitar. Unlike previous SS model the SSC will become a permanent fixture of the Knaggs range. 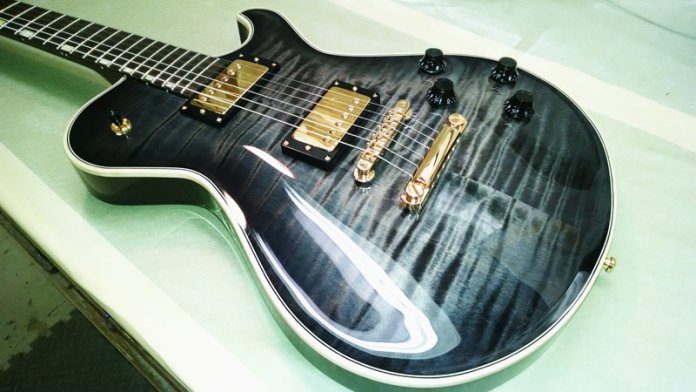 Top flight US guitar designer and builder Knaggs Guitars announces the brand new signature model Steve Stevens SSC. Perfect timing for the NAMM Show 2016, Knaggs Guitars and Steve Stevens present their new model. The award winning recording guitarist Stevens has for several years had a close partnership with Knaggs and this has now resulted in the jointly developed SSC guitar.

After both signature models SS1 and SS2 were limited to a 100 guitars each, the SSC will actually be a fixture of the Knaggs range. The first new Steve Stevens SSC guitars are expected to be available in the Thomann shop by the end of February. Thomann is the exclusive European dealer for Knaggs Guitars.

Guitarists can look forward to the Steve Stevens SSC in the knowledge that this is another model from the succesful Steve Stevens series which, with its classical vintage design, its shape, its playability and stellar sound, is sure to please.

The new SSC, just like its predecessors, has a classic single cutaway, a mahogany-body with an arched maple top, the typical Steve Stevens dimensions, a rosewood fretboard,22 frets and block inlays. The headstock inlay by Steve Stevens and Steve Stevens pickups by Bare Knuckle complete this extraordinary guitar. The made to order pickups, selected according to Steve Stevens’ preferences, give this guitar a really personalised aspect.

Steve Stevens speaking about the SSC: “After pushing the envelope of opulence and high bling factor,we felt if we were going to introduce another guitar in the Knaggs SS series where do we go? Well … back to the roots was the obvious answer. As Knaggs guitars are so known for their stunning highly figured tops, let’s do a guitar that showcases that aspect and adds a warm old school factor”.

Owner Joe Knaggs: “It has been great working with Steve throughout the past years. We are happy and excited to continue our collaboration with one of the most influential players out there”.