The brand’s first-ever pedal, the HP-2, is a fuzz/distortion that’s based on the InterFax Harmonic Percolator. 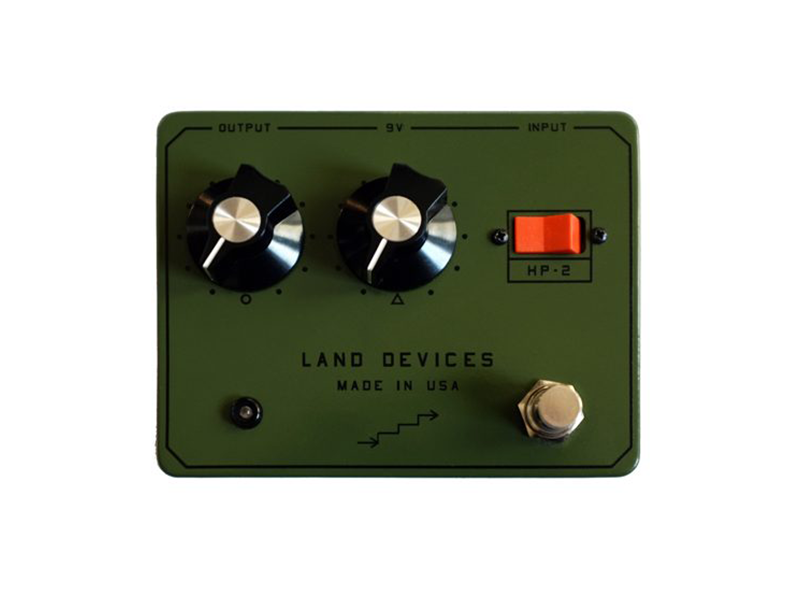 The military-inspired looks of Land Devices’ debut offering, the HP-2, may bring to mind a certain Russian fuzzbox, but it’s actually modeled after another cult fuzz pedal: the InterFax Harmonic Percolator, used most infamously by Steve Albini.

And Land Devices, a boutique shop based in Oakland, California, doesn’t try to mess too much with tradition. The HP-2 uses both germanium and silicon transistors to deliver the rich layers of even-ordered harmonics for which its predecessor is known, and has the same two controls: “Harmonics” and “Balance.” Tweaking these knobs can yield sounds from a mild overdrive to a raucous fuzz.

The company did include a major upgrade, though. A switch lets you pick between the original circuit and what Land Devices calls “Doom,” which results in a fatter, higher output and a more modern tone.

The HP-2 retails for $150. For more information, check out landdevices.bigcartel.com.