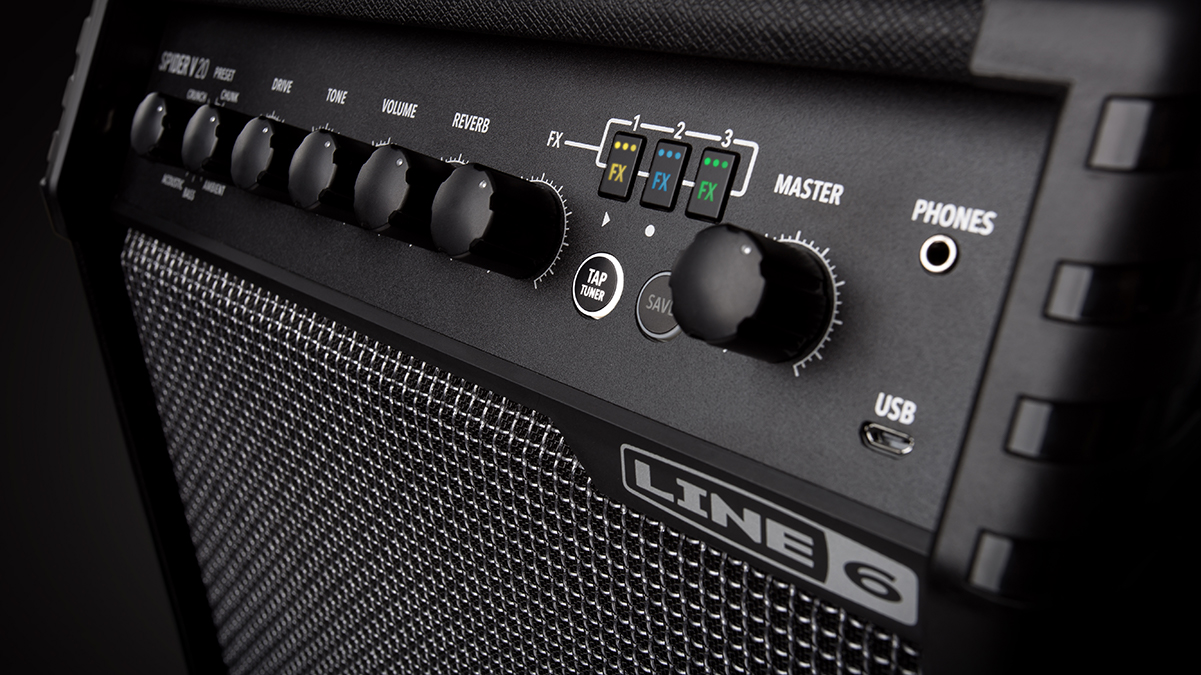 Line 6 has released the Spider V 20, claiming it’s “the ideal practice amp for any guitarist.”

And rightly so. This 20-watt combo packs an eight-inch speaker, onboard reverb, and a shoegazer’s ransom of digital modelers and effects, along with other bells and whistles, in a lightweight package—it weighs only 11 pounds.

On its own, the V 20 has 16 presets that you can summon. These range from Crunch to Ambient to Insane (that’s literally its name), with each preset calling up a distinct chain of effects. The onboard reverb, however, functions independently of the modeling chain. “Volume,” “Drive,” “Tone” and “Master” are your usual controls, while an “FX” knob governs the blend of the onboard effects. 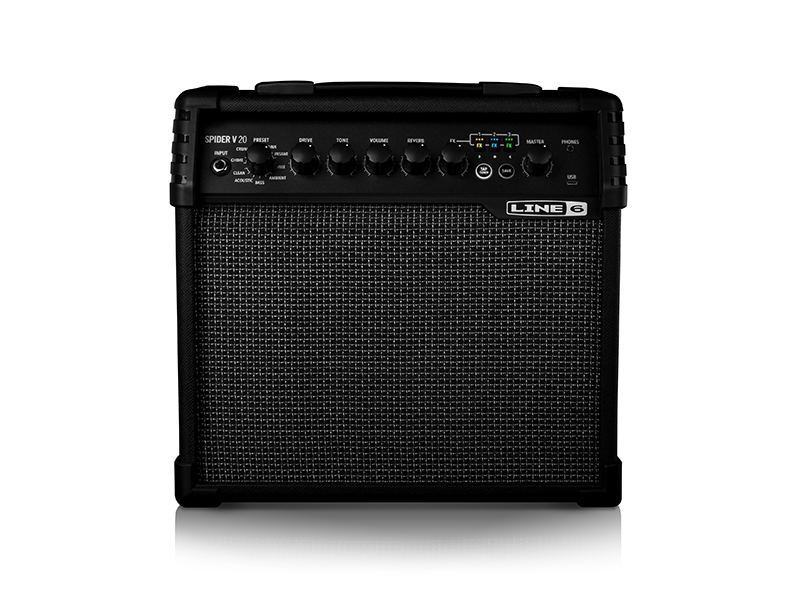 Up to three effects can run simultaneously, and their parameters can be fine tuned when you sync the amp up to the Spider V Remote app on your computer or smartphone. The app also unlocks hundreds more amp, cabinet and effects models, as well as downloadable presets.

For added versatility, the amp comes with a built-in audio interface that you can connect via USB to your Mac or PC. The V 20 ships with Steinberg Cubase LE to get you started down that road.

And good news for neighbors: The V 20 comes with an 1/8-inch headphone jack, so you can plug in some headphones to spare them the noise.