Inside this issue: Hendrix's iconic Flying V and SG moments, what to expect from the pedal world this year, and why one guitarist is shredding on a mountaintop 3,000 metres above ground. 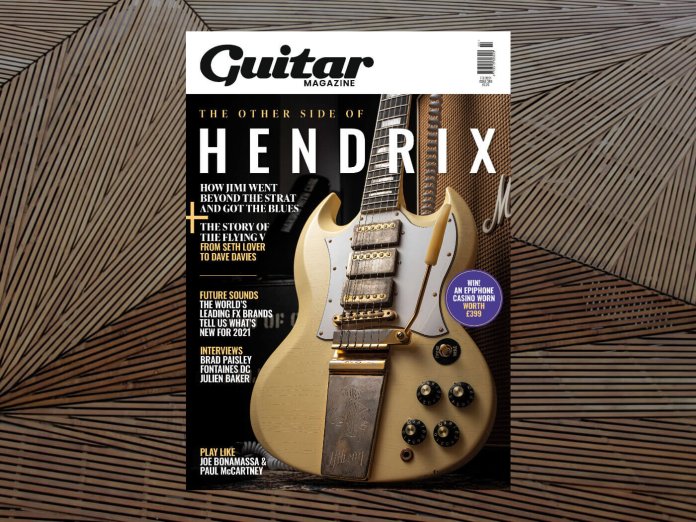 When it comes to guitar heroes, Jimi Hendrix is never far from the conversation. From the moment he stepped off the plane at London Airport in September 1966 – the same year it was rechristened ‘Heathrow’ – Jimi crammed more experimentation and innovation into his short career than almost any other artist.

This month, as we take a look back at the occasions on which he put his Stratocaster to one side and picked up a Flying V or SG Custom, Hendrix once again provides timely inspiration. It’s a new year, after all –  so what are you going to do to get out of those comfortable boxes and breathe new life into your playing in 2021?

One of the most effective ways I’ve found is to experiment with alternative tunings. All of a sudden, those reliable old chord shapes don’t work anymore, the notes are in a different place on the fretboard and your guitar sounds very different. It’s one of the cheapest and most inspiring ways to voyage into uncharted territory and more often than not, the absence of the familiar means that you are composing immediately. Make sure you have a recording device to hand!

New gear, of course, provides another way to open doors and this month we’ve pulled together a selection of affordable new instruments from the likes of Cort, Jackson and Vintage alongside an innovative new hybrid from the PRS SE line. Inspiration needn’t cost the earth and it often comes in stompbox form – we speak to a panel of movers and shakers in the effects business to find out what your favourite pedal brands have in store in the coming months.

Until next time, then. Head to Guitar.com for your daily dose of all things guitar and get in touch via email or social media with your tips for six-string self-improvement. 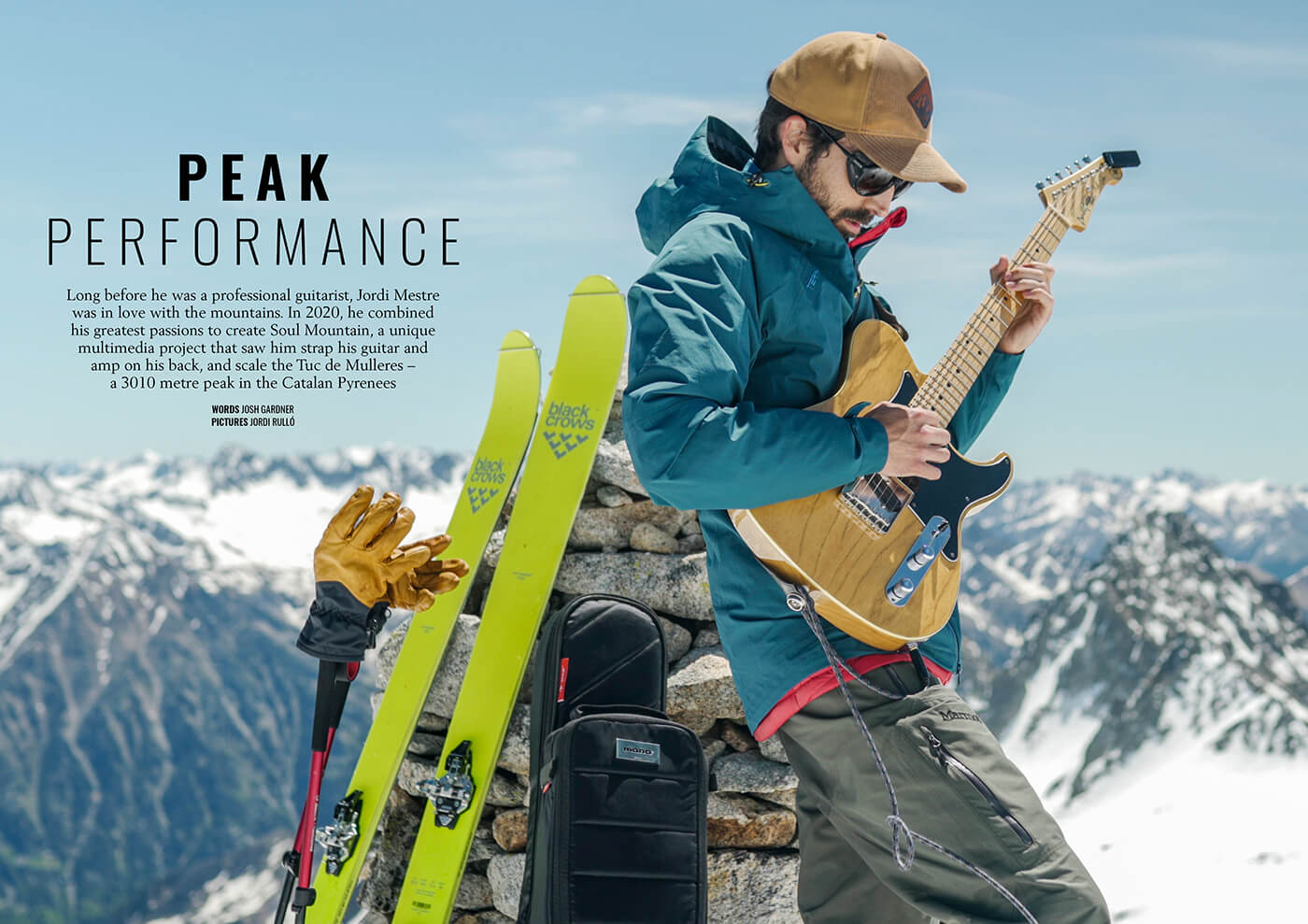 Long before he was a professional guitarist, Jordi Mestre was in love with the mountains. In 2020, he combined his greatest passions to create Soul Mountain, a unique multimedia project that saw him strap his guitar and amp on his back, and scale the Tuc de Mulleres – a 3,010-metre peak in the Catalan Pyrenees. 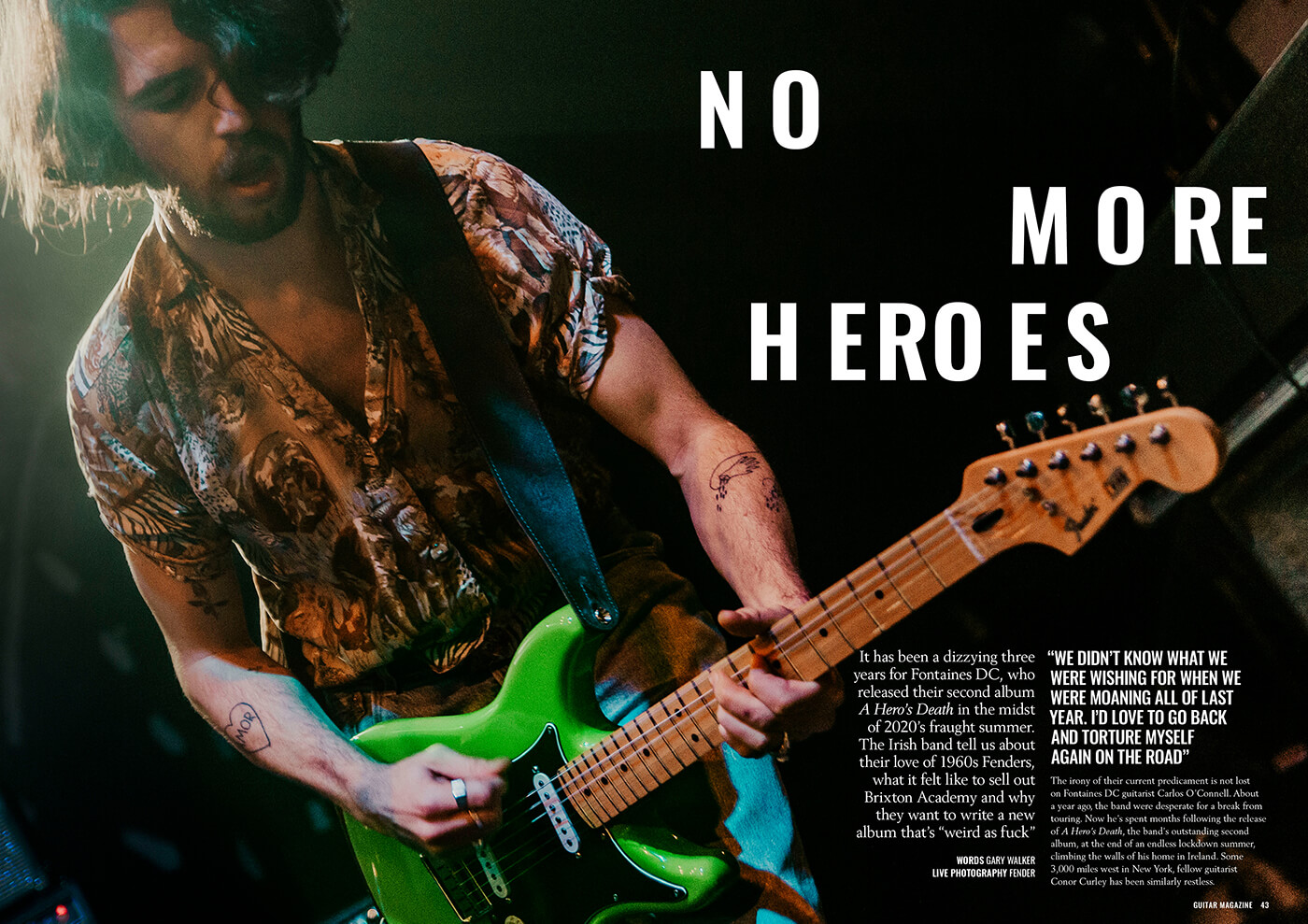 It has been a dizzying three years for Fontaines DC, who released their second album A Hero’s Death in the midst of 2020’s fraught summer. The Irish band tell us about their love of 1960s Fenders, what it felt like to sell out Brixton Academy and why they want to write a new album that’s “weird as fuck”.