The July 2019 issue of Guitar Magazine is out now!

Icons of the guitar universe take centre-stage in this issue: from Rory Gallagher to Jimmy Page to what may be the best Burst reissue Gibson has ever made. 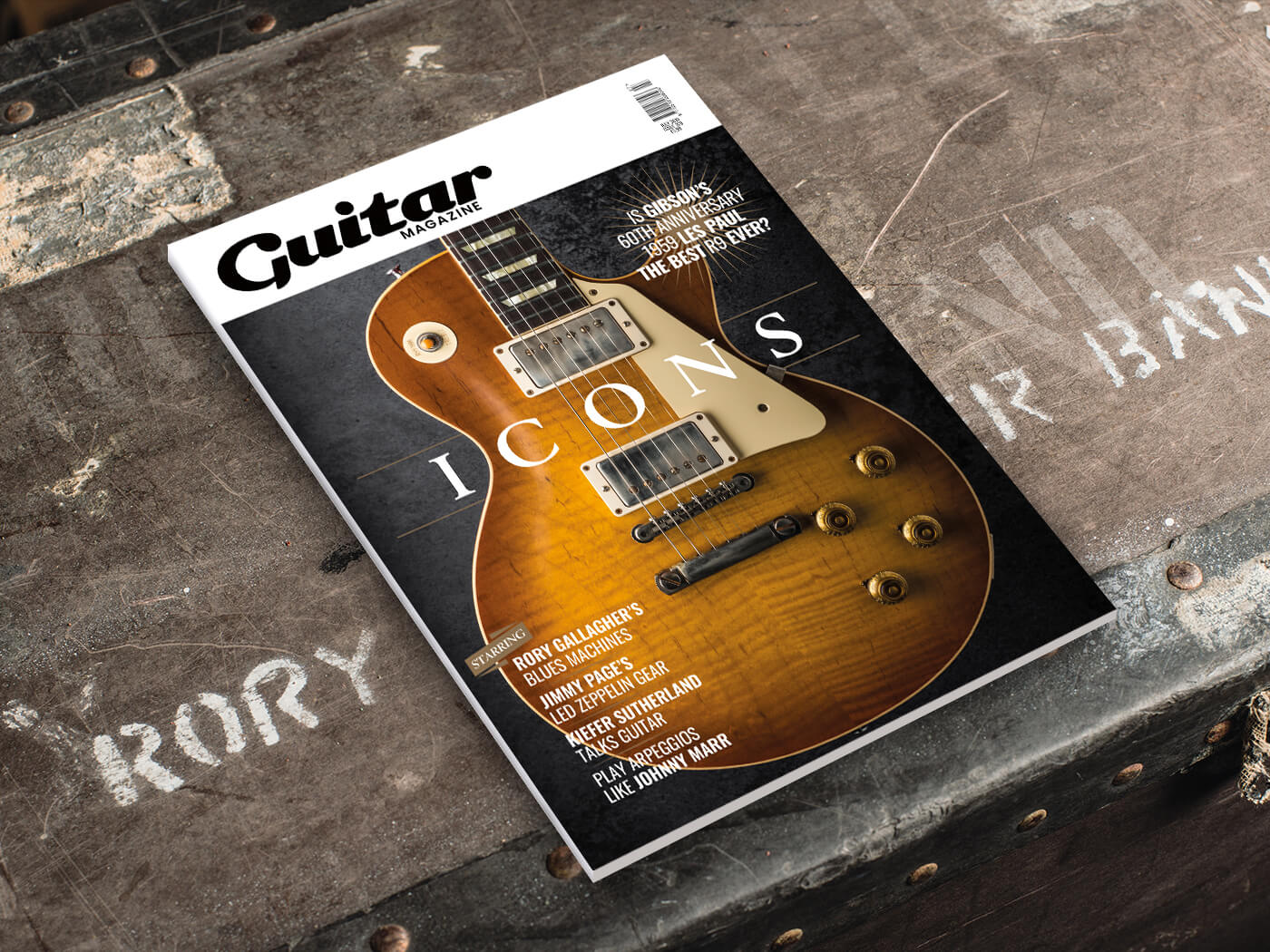 What makes an icon? This month’s magazine features a collection of subjects that have inspired their fair share of devotion over the years. Listen to any of their greatest albums or live recordings and you’ll hear Rory Gallagher and Jimmy Page stamp their authority
over a piece of music from the outset. Both players brought a potent cocktail of guile and abandon to the table and both could be graceful or explosive when required.

We get up close with some of the guitars and amps that powered Rory’s passionate take on the blues in a massive 20-page feature, including rare instruments from his archive that you won’t see anywhere else. Meanwhile, Jimmy Page’s most important Led Zeppelin gear is charted, too, with insights from the man himself and original photography from some of the band’s landmark early shows in Scandinavia.

Our cover star is Gibson’s latest nod to the most iconic blues-rock guitar of them all: the 1959 Les Paul Standard. Six decades on from the year in which Gibson perfected its greatest solidbody, the newly rejuvenated company has released what might be its best Burst reissue yet. Read our review to find out how it fares – in all honesty, it was tough to tear myself away from the guitar for long enough to write it!

Another icon featured this month may be more familiar for his work in film and television than in the recording studio, but make no mistake, Kiefer Sutherland is as crazy about guitars as the rest of us. Find out about the parallels he sees in storytelling through acting and music in our interview.

It’s a packed issue, but don’t forget to check back here on Guitar.com for plenty more of the latest news, features, opinion and reviews. See you next month, when we’ll hopefully save you a trip to the luthier… 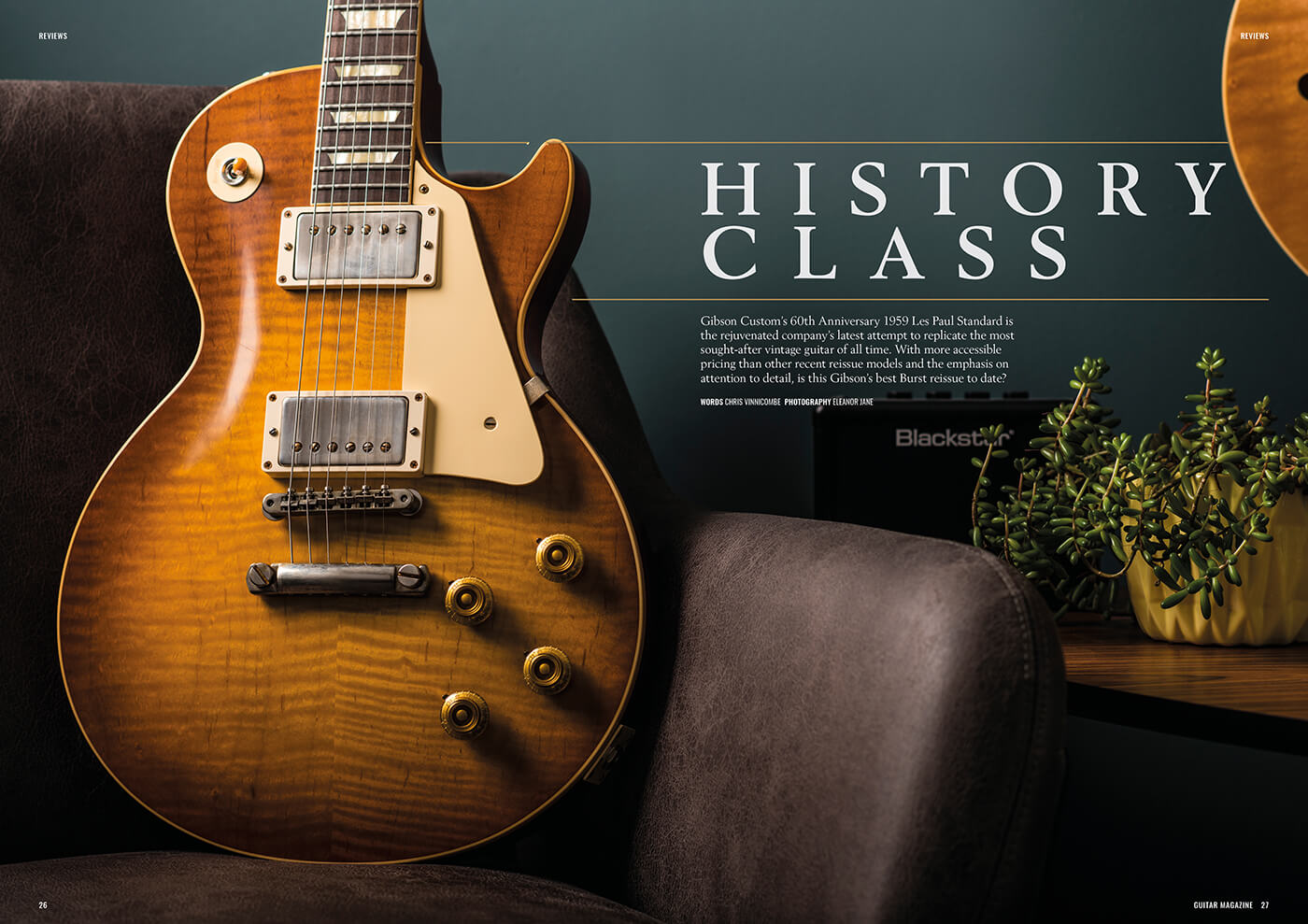 Gibson Custom’s 60th Anniversary 1959 Les Paul Standard is the rejuvenated company’s latest attempt to replicate the most sought-after vintage guitar of all time. With more accessible pricing than other recent reissue models and the emphasis on attention to detail, is this Gibson’s best Burst reissue to date? 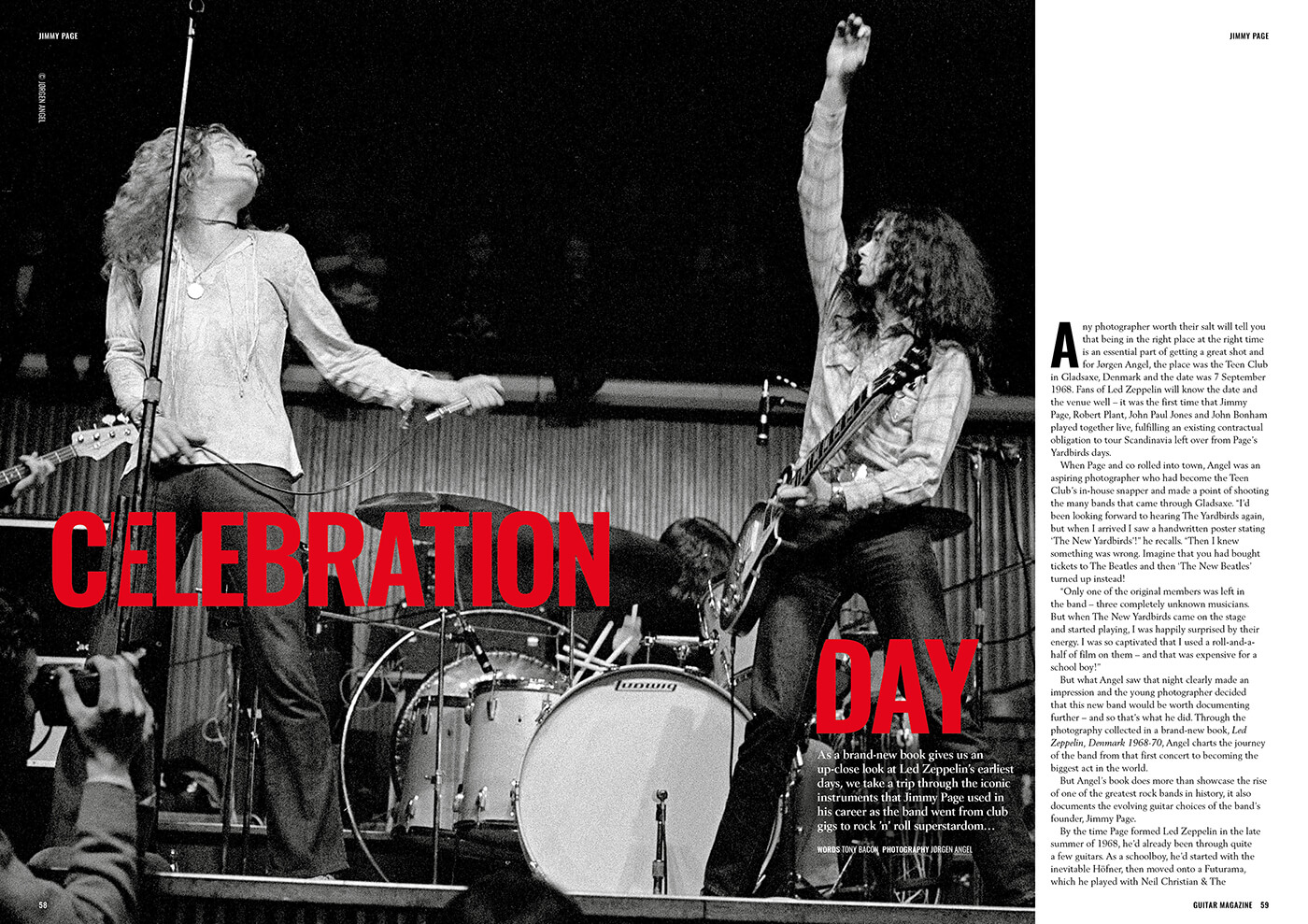 As a brand-new book gives us an up-close look at Led Zeppelin’s earliest days, we take a trip through the iconic instruments that Jimmy Page used in his career as the band went from club gigs to rock ’n’ roll superstardom.