Inside this issue: the genius of Stevie Ray Vaughan – tone tips, his greatest guitar moments and much more. 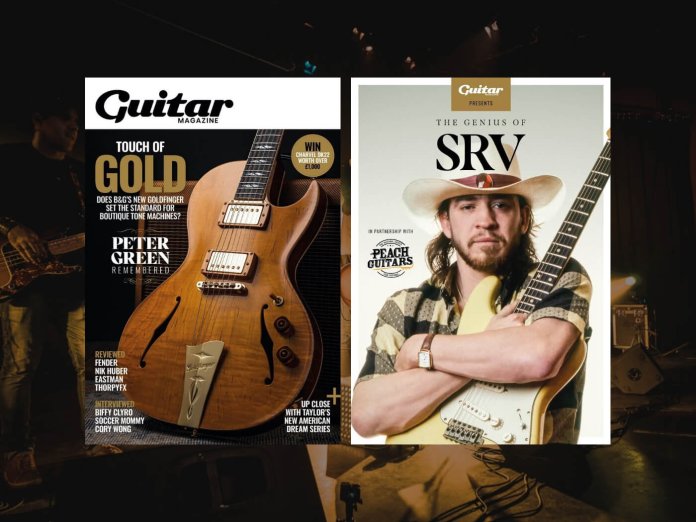 This month, we begin on a sombre note. The guitar community has lost far too many luminaries of late, including classical guitar icon Julian Bream, UFO bassist Pete Way, luthier Chris Eccleshall, the legendary Trini Lopez and, of course, Peter Green. We pay tribute to Green – a towering figure in electric guitar history, with perhaps the most emotive and expressive playing style of all the great British blues players – in the issue.

Unfortunately, publication schedules dictate that we are unable to delve deeper into the lives and influence of Julian Bream, Pete Way, Chris Eccleshall and Trini Lopez but, in Trini’s case, it might have been very different. Back in January, we were in Palm Springs after the NAMM Show, all set to interview and photograph the International Latin Music Hall of Famer, but there was a mix-up over timings and he went out for dinner instead.

Although we planned to reconvene at a later date, sadly it wasn’t to be. It would have been an honour to help tell Trini’s story; it’s an inspiring tale that’s perhaps more important and resonant now than ever before. Born in Dallas to Mexican parents in 1937, Lopez went on to be signed by Frank Sinatra, have a hugely successful recording career, work with Gibson on not one but two signature models, and even appear on the silver screen in iconic 1967 war movie The Dirty Dozen. A documentary about Trini’s life entitled My Name Is Lopez was completed shortly prior to his passing, and it’s sure to be essential viewing for all music lovers.

It’s impossible, of course, to mention Texan guitarists without Stevie Ray Vaughan entering the conversion. The 30th anniversary of SRV’s untimely death was 27 August and, in celebration of his enduring legacy, we’ve teamed up with Peach Guitars on a special commemorative supplement that you’ll find bundled with this very issue. I hope you enjoy it – see you next month and don’t forget to visit Guitar.com for your daily fix of all things guitar. 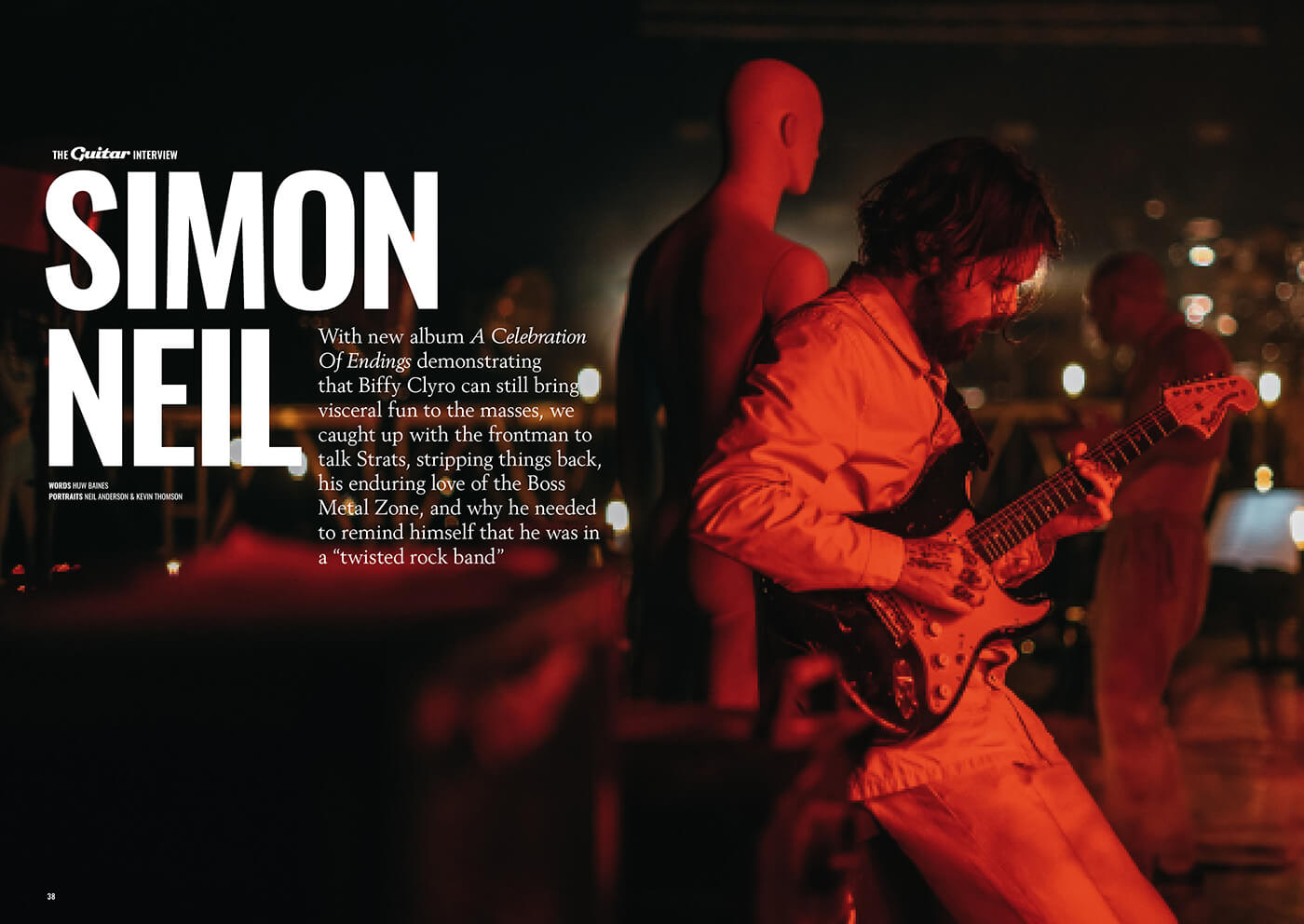 With new album A Celebration Of Endings demonstrating that Biffy Clyro can still bring visceral fun to the masses, we caught up with the frontman to talk Strats, stripping things back, his enduring love of the Boss Metal Zone, and why he needed to remind himself that he was in a “twisted rock band”. 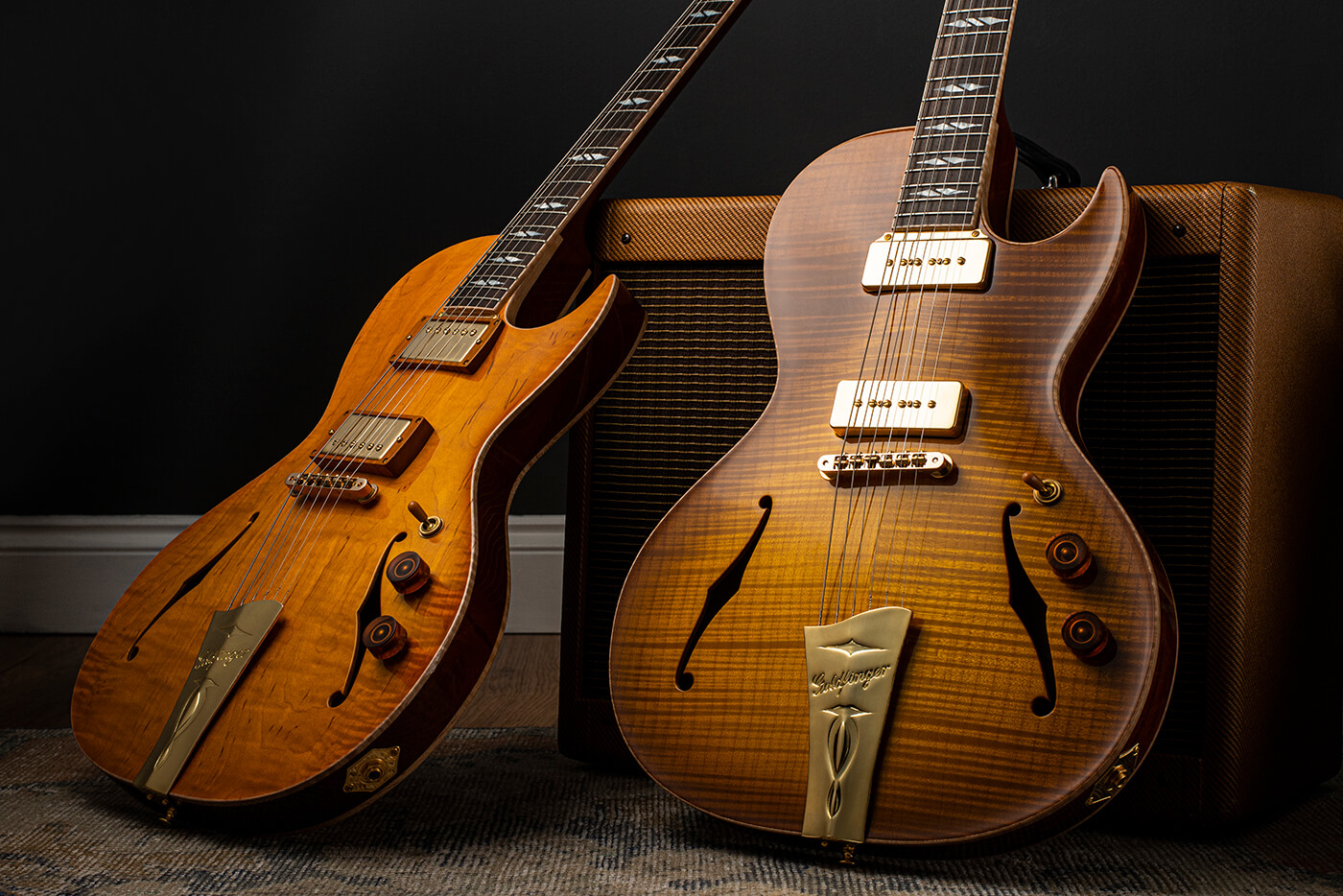 Meet our coverstar, the Goldfinger from B&G Guitars in Israel. This jaw-dropping boutique semi comes in humbucker and P-90 flavours and we put them both through their paces in the October issue.