Mark Knopfler announces new album, ‘Down The Road Wherever’

It’s accompanied by a single, “Good on You Son.” 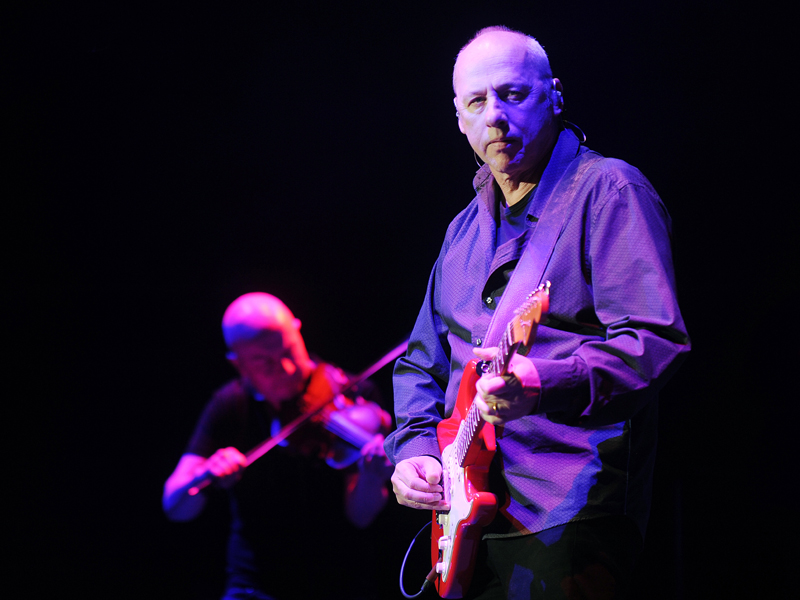 Former Dire Straits frontman and guitarist Mark Knopfler has announced a new solo album, Down the Road Wherever, which will arrive November 16.

It will be his ninth solo album, following 2015’s Tracker. Fans can look forward to a compilation of stories on the record, ranging from “Knopfler’s early days in Deptford with Dire Straits, a stray soccer fan lost in a strange town, the compulsion of a musician hitching home through the snow and a man out of time in his local greasy spoon diner,” according to a press release.

Even the LP’s title bears a story. It comes from a line from one of the album tracks, “One Song at a Time,” an aphorism that Knopfler credited to Chet Atkins.

“I remember my pal Chet Atkins once saying that he picked his way out of poverty ‘one song at a time,’ and it just stuck in my mind,” he said. “You get to an age where you’ve written quite a few songs. But Down the Road Wherever seems to be appropriate for me, just because it’s what I’ve always done. I’ve always tried to make a record and also to keep my own geography happening in the songs.”

To give us a taste of what’s to come, Knopfler has released “Good on You Son,” which you can check out here:

Pre-order the album at markknopfler.com.