Despite back-to-basic designs, the Origin series comes with a host of upgrades for the modern guitarist. 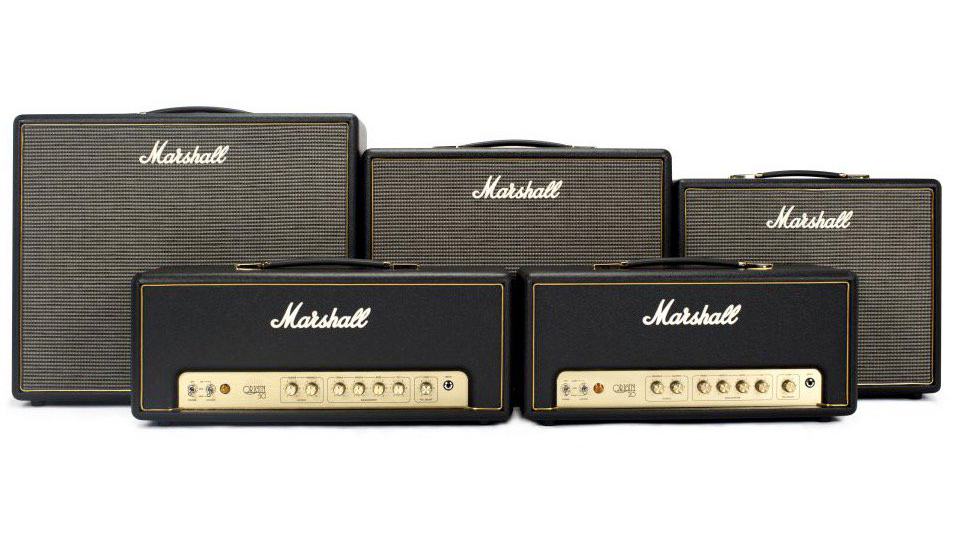 Marshall Amplification has announced the release of the all-new Origin series, a range of single-channel amps inspired by the company’s heritage and sound. Amps in the Origin series boast classic Marshall tone, and come with features that include a gain boost, “Tilt” controls, and a unique power-reducing technology.

Five new amps are included in the series. The Origin5, Origin20C and Origin50C are combos, while the Origin 20H and Origin50H are heads. All ship installed with ECC83 preamp and EL34 power tubes that promise that rich signature Marshall tone.

The Origin amps are versatile, too. A bunch of controls help you craft your favorite sounds: A footswitchable gain boost delivers a layer of crunch, a “Tilt” knob lets you blend between normal and high-treble preamp voicings, and a Powerstem switch gives you the choice between wattages to dial in sweet overdrive sounds at lower volumes.

Prices range from GBP439 to GBP759. For more information, check out marshall.com.