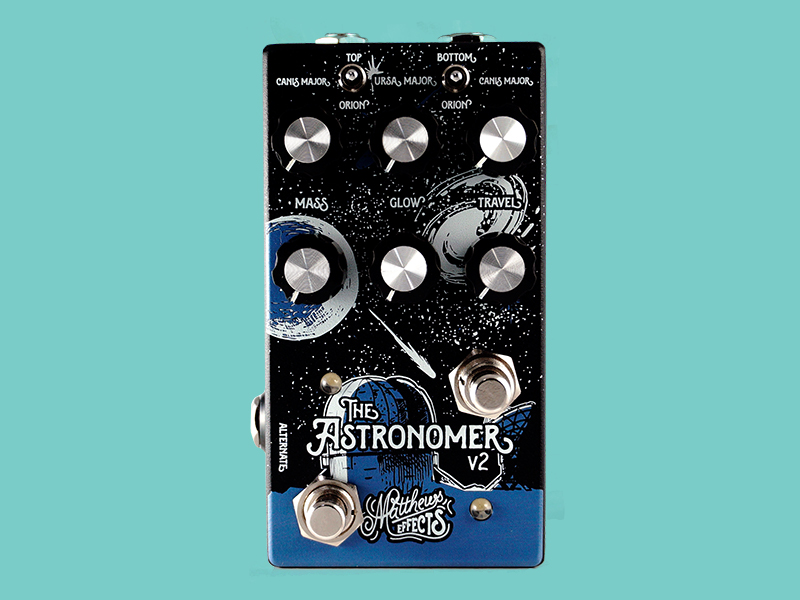 Journey through the galaxy with the Astronomer V2, Matthews Effects’ updated version of its popular reverb pedal. With three new algorithms, the stompbox is now even better for ambient swells and spacey effects.

Canis Major, Orion and Ursa Major are the appropriately titled modes on the Astronomer. The former is an echo-verb designed for droning chords, Orion is a hall ’verb with shimmer, and the latter is a chamber reverb with a pre-octave mixed in. And like the first version of the pedal, there are two circuits that you can use as ‘presets’ and switch between—you can’t stack ’em, though.

Each circuit has three knobs to tinker with: “Mass,” “Travel” and “Glow.” The first is a straight-up blend control, and the second controls the feedback/decay of the ’verb, and “Glow” governs either the octave or shimmer effect.

And as another neat little upgrade, the Astronomer can now toggle between trails or hard bypass mode.

Watch a demo of the pedal here:

For more info, check out matthewseffects.com.