The new amp is a beefier version of the popular TC-50, but it comes with a power soak feature to keep things under control. 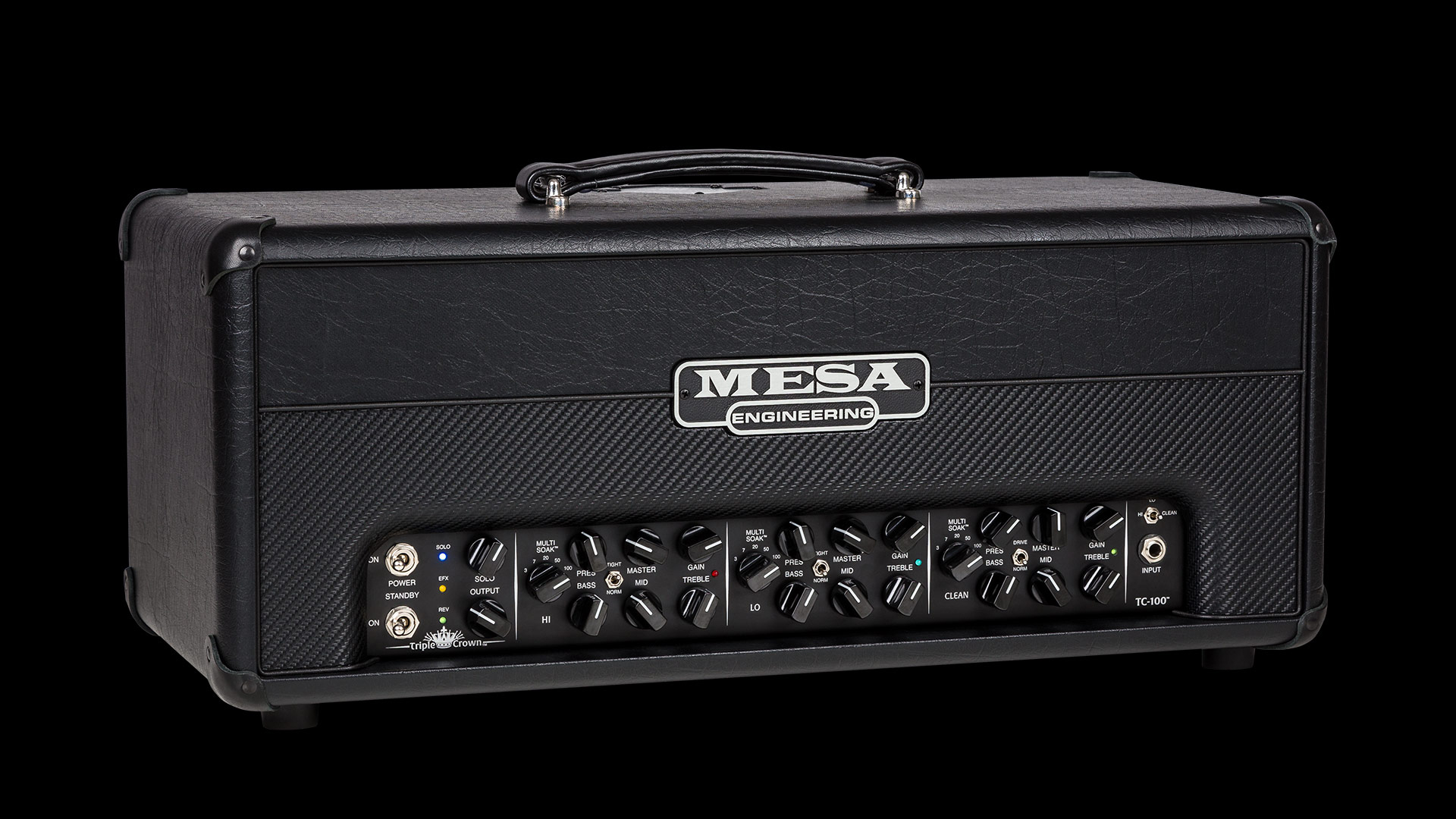 Mesa Boogie’s latest amp, the Triple Crown TC-100, adds twice the wattage to the TC-50. Yet it isn’t all power, no control. The three-channel amp—it’s available as a head and as a rack unit—lets you scale back on the horsepower while retaining the tube-driven tones that have catapulted its predecessor to popularity.

It does so via the “Multi-Soak” feature, which lets you pick between 100, 50, 20, seven and three watts of power. This feature acts like a valve, determining the amount of juice that gets fed into the speakers. It gives the TC-100 an extra dimension of versatility—you can use it in your home studio, for recording or in your gigging arsenal. So set it to three watts, crank up the gain, and you’ll have thick, saturated distortion at volumes that won’t make your neighbors’ ears bleed.

Like the TC-50, the TC-100 has EL34s in its power section and 12AT7s and 12AX7s in the preamp section. A “Bias Selection Switch” lets you swap out the stock EL34s for 6L6s or 6V6s. The TC-100 also has three channels—Clean, LO Gain and HI Gain—that each boast two voicings. And here’s the kicker: The TC-100 head comes in identical dimensions as its smaller sibling, but weighs just 11 pounds more.

For more information, check out mesaboogie.com.