Michael Schenker on his brother Rudolf: “I believe I was born to make him successful”

The guitarist opens up over his older brother and the Scorpions. 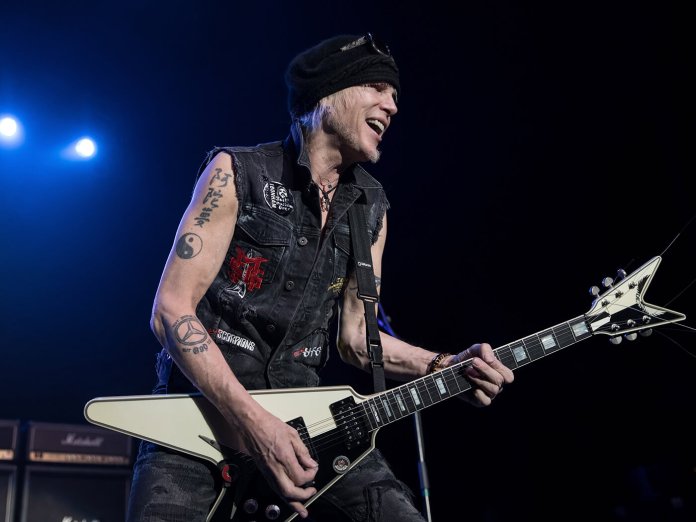 Former UFO guitarist Michael Schenker has opened up over his relationship with his older brother Rudolf. “I believe I was born to make him successful.”

Michael recently told Guitar World about their relationship. “I know there is a reason for this peculiar journey through life between Rudolf and me. I hope I will understand it if I can get another 10 years on the planet. I’m not bitter about the stupid games he played.”

Michael continued, “He was probably very frustrated that everything he wanted was coming to his much younger brother without even trying for it. Rudolf doesn’t have much talent as a guitarist. Without direction, he is lost. I needed to pave the path for him.”

Michael made his debut in 1972 on the Scorpions’ debut album Lonesome Crow, with In Search Of The Peace Of Mind being the first song he wrote with the German band. While the track was credited to the entire band, Michael claims that he wrote the music while vocalist Klaus Meine contributed the lyrics. “They were nearly seven years older than me, so I guess they took advantage. It didn’t matter to me at the time as I was an artist, and I enjoyed the reward of the music,” he said.

“I think my assignment was to jump-start things in the 70s. I jump-started the Scorpions and UFO – they should be happy about it – then I carried on with my own style,” Michael added.

Michael recently released Revelation with Michael Schenker Fest (formerly Michael Schenker Group), which features himself on lead guitar, Gary Barden, Graham Bonnet and Robin McAuley on lead vocals, Chris Glen on bass and Steve Mann on rhythm guitar and keyboards. The band have announced tour dates in Japan and UK in support of the album. The Revelations tour will kick off in Tokyo on 10 March and conclude in Madrid on 26 April.