True to its name, this oscillating fuzz achieves some crazy tones. 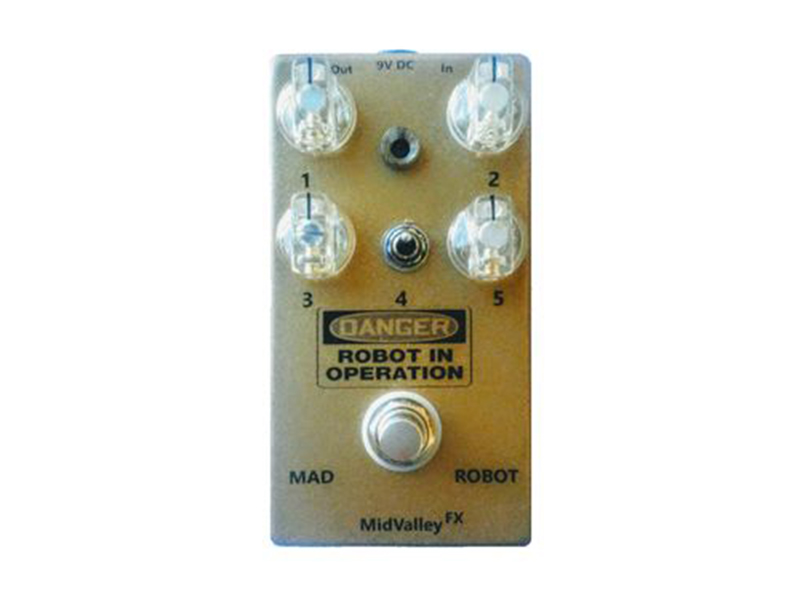 If you’re wondering what those add up to, the brand has said the Mad Robot is “capable of everything from eight-bit, tone-eating, robot-malfunctioning sounds to lower-gain, octave-up tones.” Controls on the faceplate look deceivingly simple, but there’s a lot more happening under the hood. Here’s a brief rundown:

Obviously, this isn’t your regular fuzz pedal. It’s meant for adventurous guitarists who enjoy tip-toeing on the brink of cacophony. Check out the brand’s demo below:

The Mad Robot is currently on sale for $90 (usual price $120). More information at midvalleyfx.com.