“There could quite possibly be another album. I’m pretty certain there will be”: AC/DC drummer Chris Slade 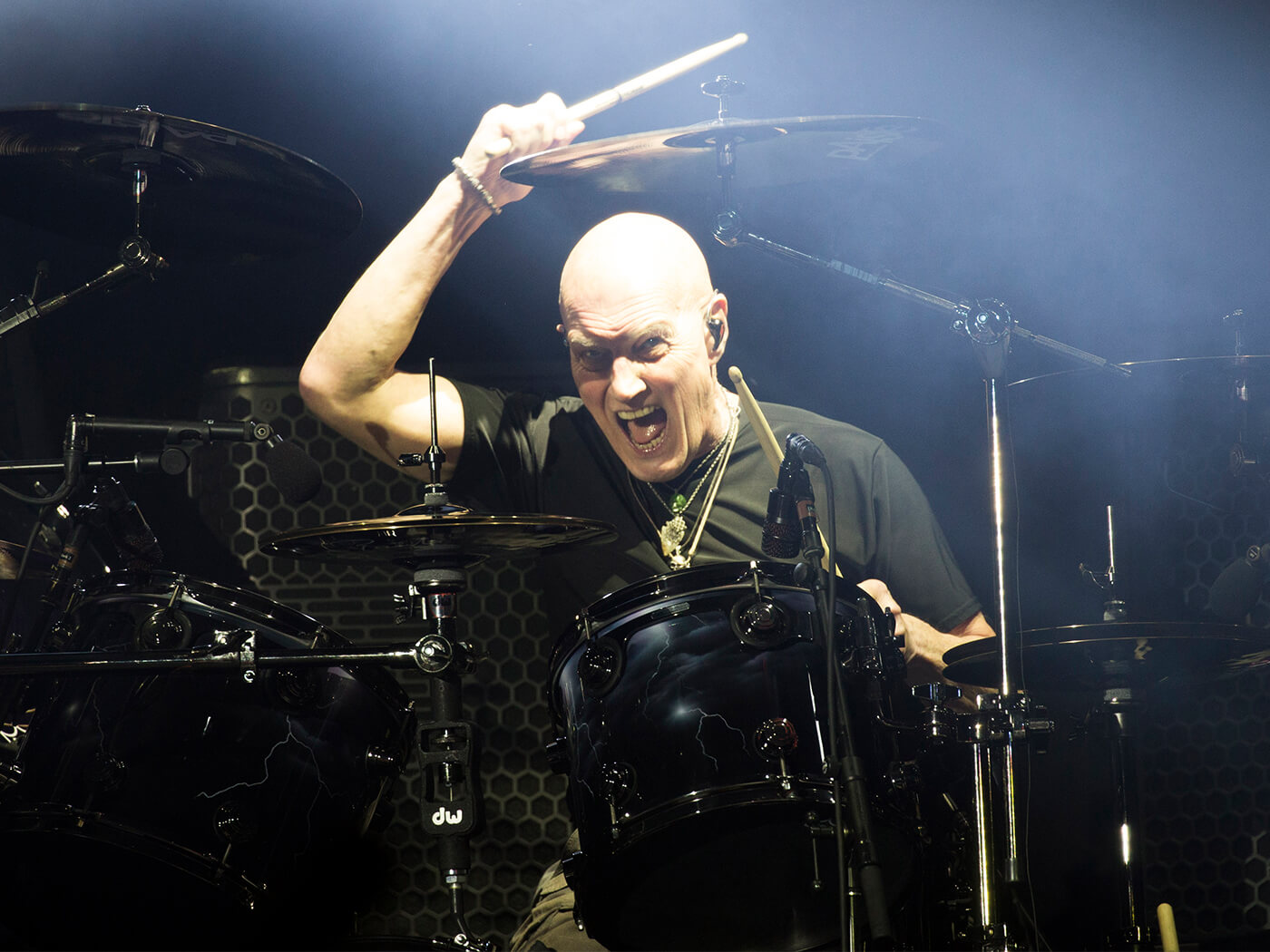 The legitimacy of an upcoming AC/DC record, long rumoured to be in the works, has been questioned by drummer Chris Slade, who revealed that he hasn’t kept up to speed with the band’s recent developments.

Rumours of a new AC/DC record began circulating in 2018 when members Brian Johnson, Angus Young, Cliff Williams, Phil Rudd and Stevie Young were spotted near a Vancouver recording studio they had been known to use.

Chris Slade discussed the photos during an interview with Rolling Stone. When asked if Slade knew anything about a new album, he responded: “Nope. I don’t at all.”

“To be honest, those pictures are so old,” he said. “I don’t know if I was the first drummer to go through Canada. But it looks, to me, like old pictures, to be honest.”

He added: “If you look at the hair on everybody and what the hair is like now, including me, you’ll see what I mean.

“There are so many rumours about AC/DC. There are daily, and I mean daily, rumours. ‘Oh, Angus has bought New Zealand.’ It’s ridiculous. ‘Oh, I know things because I know. They recorded an album and they’re going to be touring in 2020!’ You know what? They’re not.”

In 2019, Twisted Sister frontman Dee Snider fanned the flames of an AC/DC reunion album with a Twitter post reporting that “all four surviving members have reunited with tracks recorded by Malcolm [Young] while he was still alive”. Snider double downed on his claims in July, saying that the album had been delayed due to COVID-19, but was still on the way.

Slade however, shared his doubts on Malcolm Young’s material making it onto a new album. “I’m certain that Malcolm and Angus talked in great depth about this before he passed and before he was really, seriously ill,” he said. “I’m sure there was a master plan. Of course, you throw away plans. Plan A turns into plan Z.”

“Personally, my gut feeling is that Angus is not going to retire. There could quite possibly be another album. I’m pretty certain there will be. Who is on it? I have no idea. Will Cliff come out of retirement? Who knows? If he’s had enough fishing for a while, maybe he’ll want to come back to rock ‘n‘ roll.”

As to the drummer’s current position within the band, Slade, who returned to the lineup during the tour for 2014’s Rock or Bust said: “To my absolute knowledge, and this is me being absolutely honest, I am the current drummer in AC/DC [Laughs].”

“As far as I’m concerned… God, I’m philosophical enough to realise that Phil may well be back in the band. I have no idea. I had no idea last time when they called me before Rock or Bust. I’m open to all possibilities. That’s the way people should be, open-minded.”