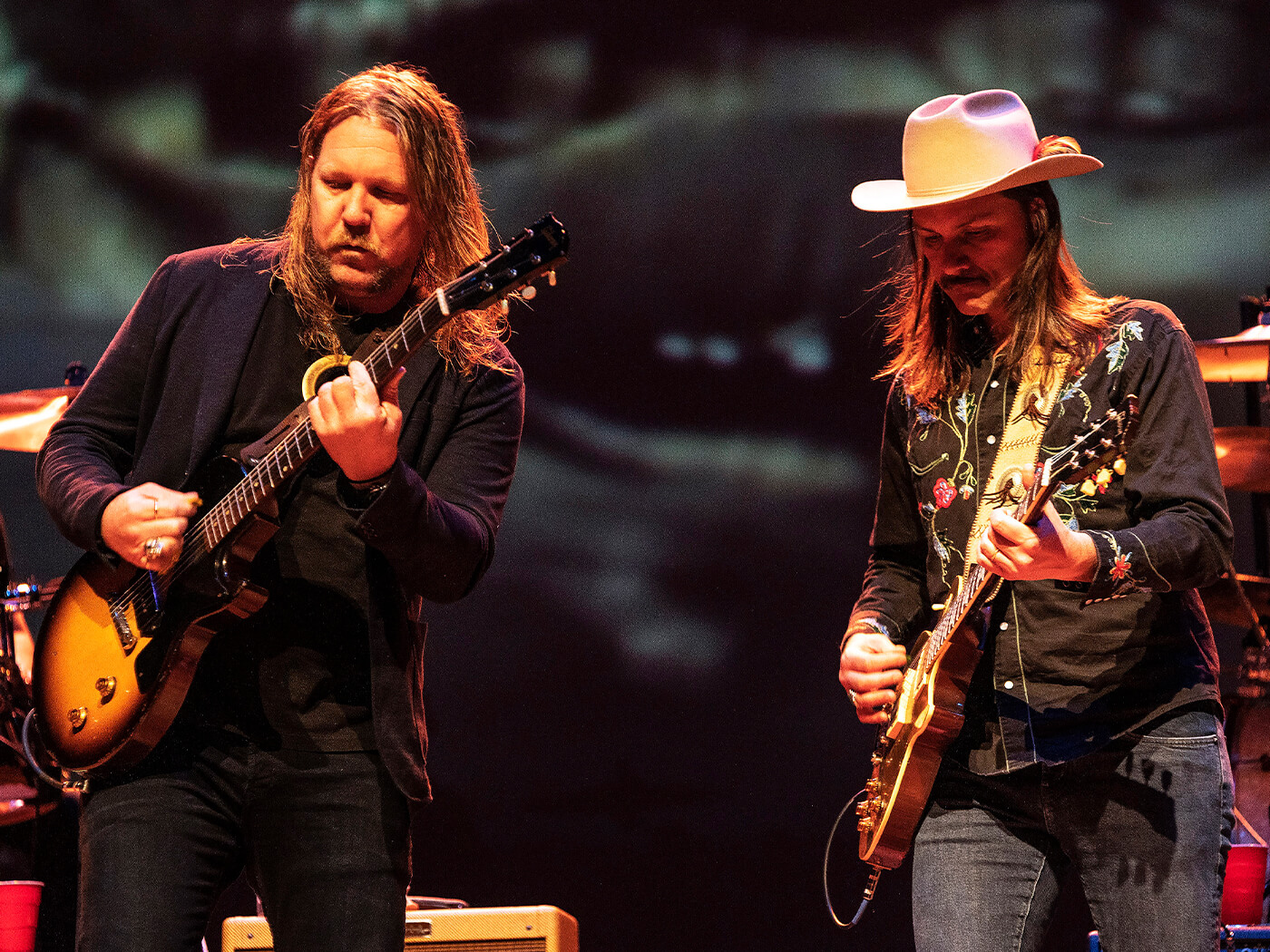 Allman explained the creation of the new tune with Rolling Stone, saying that it was “a really fun one to write”.

“Duane had this almost vertigo-inducing descending melodic pattern that was so unique. Once I started the lyric about a man feeling so lost and isolated with the world out to get him, the story just kind of wrote itself. The Wild West seemed the perfect setting to tell the tale.”

Betts described the track as a “beautiful entanglement of guitars”, adding: “It’s a new texture of our band that we get to showcase on this record”.

Allman and Betts aren’t the only descendants of the Allman dynasty within the band’s lineup, as bassist Berry Oakley Jr. is also the son of the late Berry Oakley.

Bless Your Heart, the sophomore record from the Allman Betts band, is due out 28 August, and follows 2019’s Down to the River.