ArcTanGenT adds Swans, Metz and more to its lineup, Maybeshewill reunite to play

The Bristol festival showcases some of the best in the world of outré rock and metal. 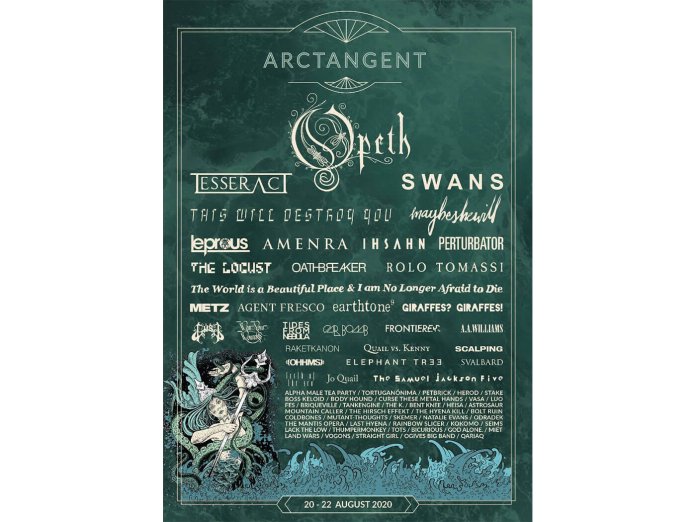 The lineup also marks the reunion of Maybeshewill, an instrumental outfit known for their use of samples alongside traditional rock instrumentation. The band went on hiatus in 2016, however have posted a tweet confirming that their addition to the ArcTanGenT bill sees them reuniting in 2020:

All good things must start again.
We are very pleased to announce that we will be playing this year’s @ATGFestival on Thursday 20th August.
2020 will be a year of rebirth for Maybeshewill. We’re working on new material together and are excited to see what that will become. pic.twitter.com/1lLBb686q6

Headlining the festival will be Swedish death metal band Opeth, whose latest album In Cauda Venenum marked a stylistic shift for the band, as they leaned further into instrumental experimentation. Read our interview with Fredrick Åkesson about this shift and his favourite solos on the album here.

Also announced are bands such as Leprous, Agent Fresco, The World Is A Beautiful Place & I Am No Longer Afraid To Die and many more. Festival organiser James Scarlett said of the announcement: “I’m so ridiculously excited about this that it’s difficult to know where to start! I’m particularly hyped for Oathbreaker, The Locust and Maybeshewill, all of whom I thought might be gone for good. And we’ve also got Converge’s Jacob Banon back at Fernhill Farm with Wear Your Wounds plus the epic awesomeness of a 90 minute Swans Main Stage set will be incredible. I cannot wait! Word to the wise, we’re not increasing our capacity this year so tickets will sell out!”

The bands announced today join other acts Giraffes? Giraffes!, Tesseract, Amenra, This Will Destroy You and Rolo Tomassi – who will perform two full album sets for their records Grievances and Time Will Die and Love Will Bury It.

The festival will take place between 20 and 22 August 2020 at Fernhill Farm, Compton Martin, near Bristol.

Tickets are on sale here. More information and a full lineup over at arctangent.co.uk. For more music news, click here.