And apparently Lemmy has always had that moustache… 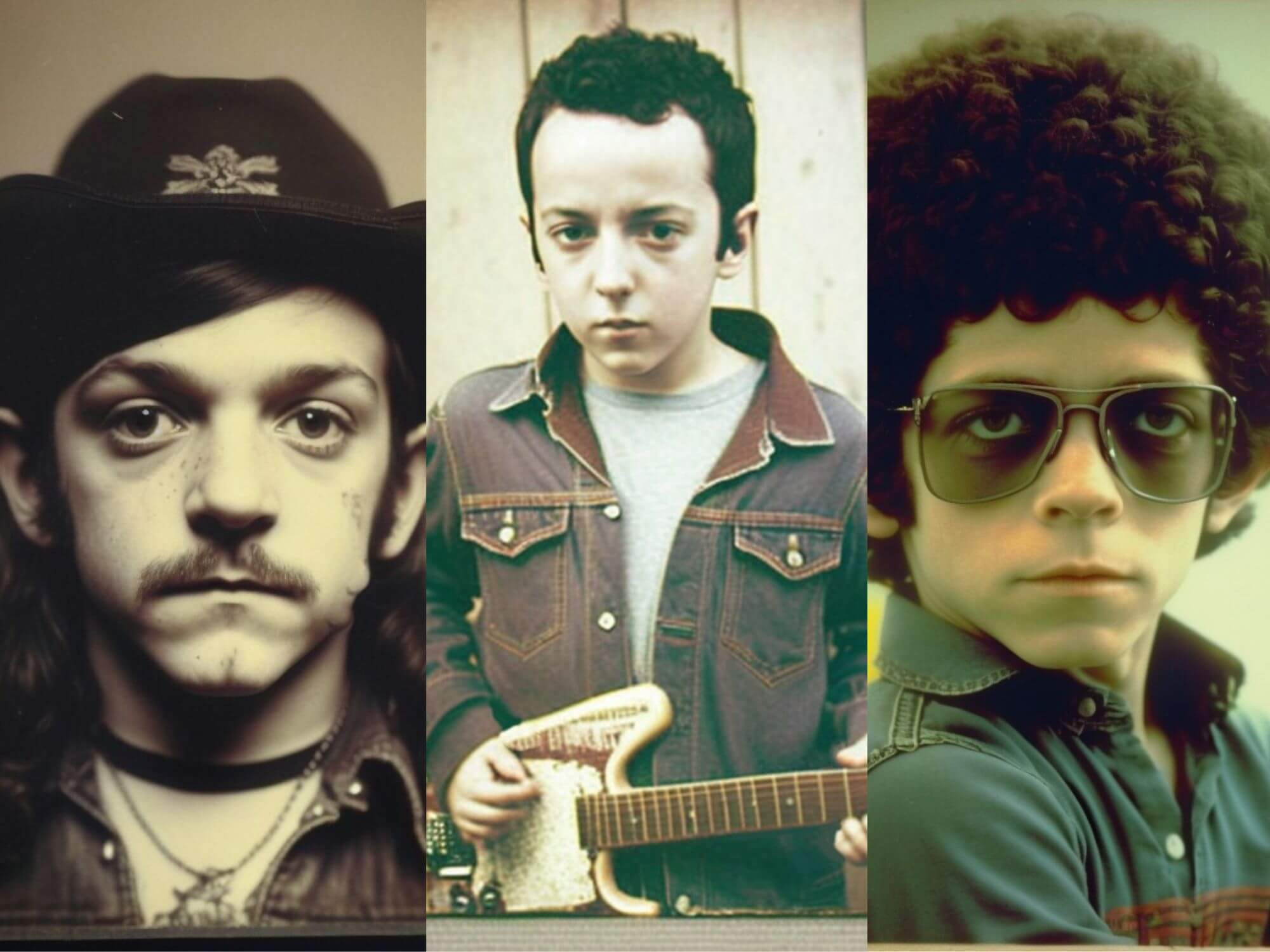 An artist has used artificial intelligence to reimagine some iconic guitarists as if they were back in preschool – and some of the results are even stranger than imagination.

If you’ve ever wondered what guitarists including Joe Strummer, Lou Reed and Johnny Ramone would look like if they were preschool children, today you’re in luck.

Named Rock ‘N’ Roll Preschool, a new project unveiled online does exactly that. Developed by David Bessenhoffer, a Seattle-based musician and filmmaker, the collection takes images of some of the most recognisable names in rock and uses artificial intelligence to depict them as if they were no more than five years old.

“For years, I’ve wanted to make a fake trailer to a non-existent, parody biopic about The Misfits, which would of course have scenes of Glenn Danzig being punished for watching too much TV,” Bessenhoffer said, explaining the thought process behind the project (reported by Louder).

“That’s a lot of time and money for a gamble on a joke, but when AI started making waves I remembered that idea, so I made a bunch of images, threw them on Facebook, and for whatever reason they seemed to take off.”

The artist used web app Midjourney AI to create the artworks and, ultimately, the end result is just as odd and fascinating as you’d expect.

Some, such as Joe Strummer, Johnny Thunders and Henry Rollins are pretty accurate. Others – namely Iggy Pop and Motörhead’s Lemmy Kilmister – range on the opposite side of the spectrum and pretty much qualify as nightmare fuel.

Discussing this inspiration for the collection, the artist stated that he wanted to ‘capture the musician’s attitudes’ in the artwork, as well as emphasise the aspects of their appearance that make them quite so iconic as adults.

“Obviously, Lemmy probably didn’t have a moustache at five years old, and I’m pretty sure Shane MacGowan had all his teeth as a kid, but it’s fun to picture them as tiny future troublemakers,” he added.