It purports to relegate regular picks to “Flat Earth” status. 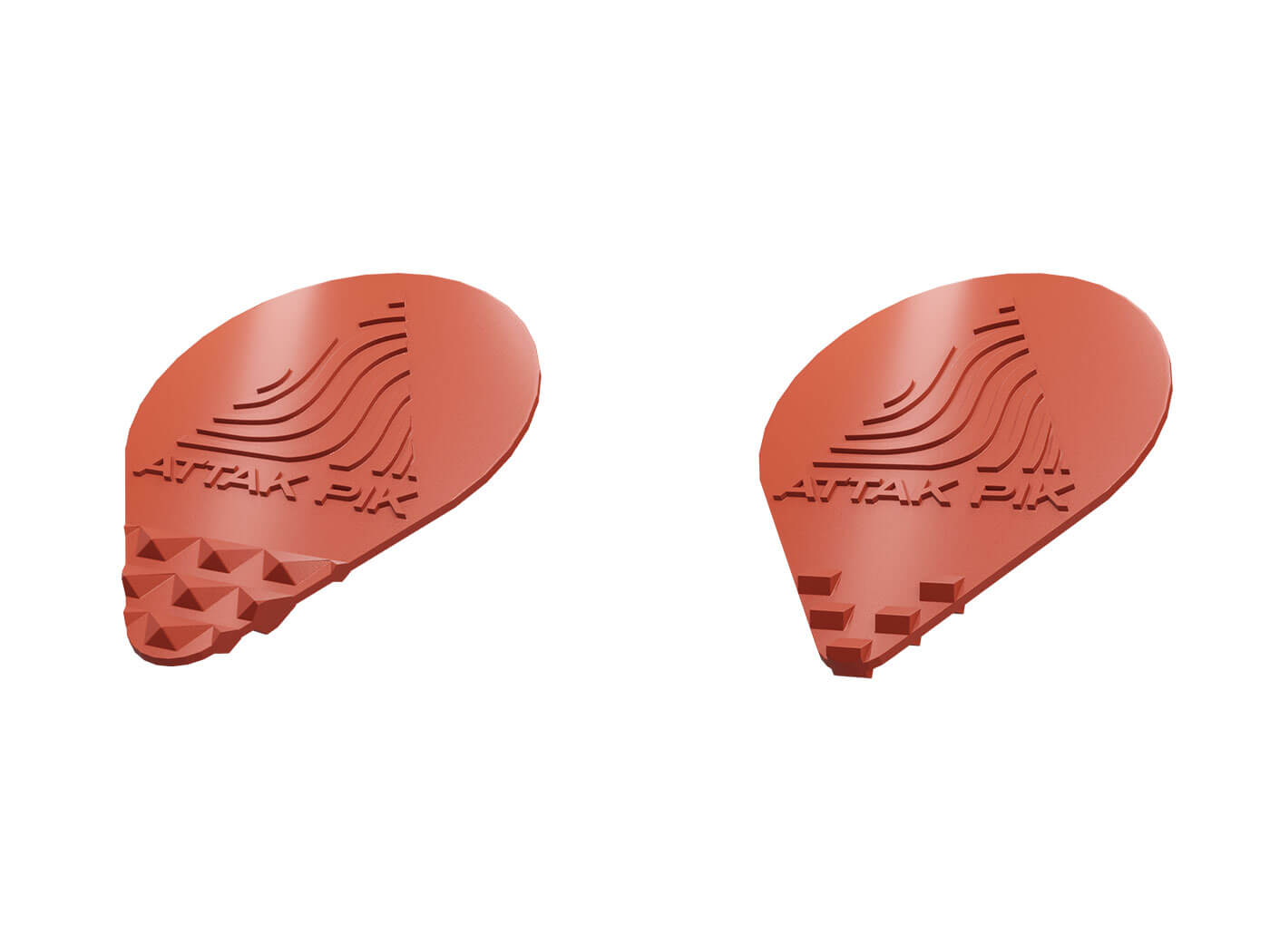 A new line of picks, the Attak Picks has been launched, offering a unique design approach that the brand says leads to various sonic enhancements across the board.

The picks come in two versions: Ambush, and Attak. Both feature raised formations across the tip’s surface, which create a pattern of multiple impacts with a string across a single pluck. Attak Picks says that this pattern generates “multiple different pulse waves that propagate along the string with different frequencies and amplitudes and at different times.” This then leads to “greater complexity in the superposition of waves compared to a simple standing wave produced by traditional flat-tipped picks which, in turn, leads to sound enhancements such as desirous harmonics, frequency enhancements, and percussive effects.”

The difference between the two models comes in how the raised formations are shaped: the Ambush sports ramp-like bumps, while the Attak comes with pyramid-shaped polygonal bumps.

The picks come in packs of three, starting at $9.99. For more information, head on over to attakpik.com.