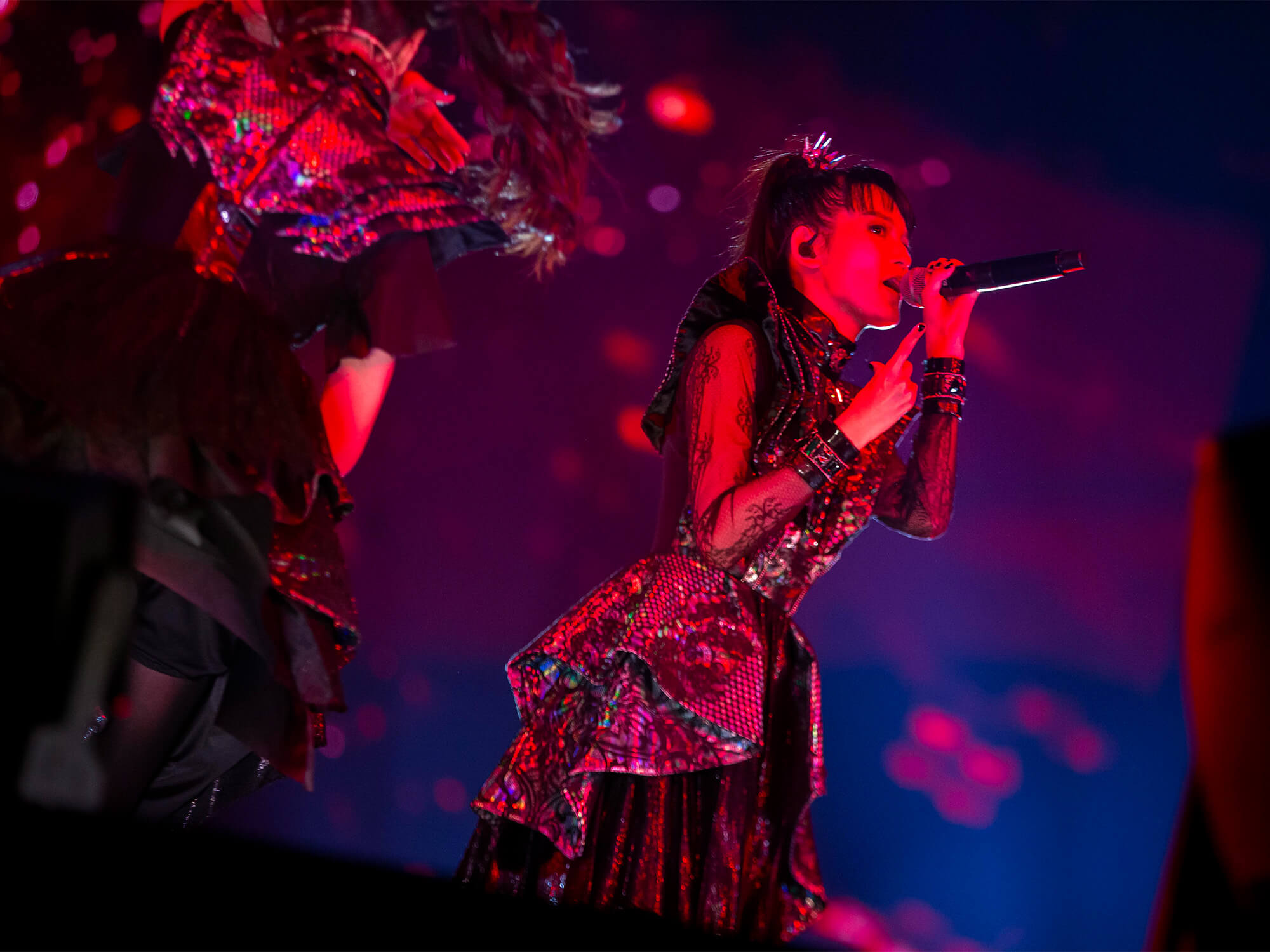 Babymetal have announced that they will have a “silent mosh pit area” at their upcoming headline shows in Japan.

The band are set to perform a two-night stint at the Makuhari Messe International Exhibition on 28 and 29 January, where the band will be sectioning off an area for those with standing tickets called the “silent mosh’sh pit”, which they say is for fans who have children or “who are not confident in their physical strength, etc”.

There will also be mandatory mask-wearing, with everyone in attendance given a “Saviour Mask”, which the band has outlined as the “official dress code” and is required to be worn on top of your own mask.

The statement shared to social media by Babymetal reads, “We have set aside an area called SILENT MOSH’SH PIT (standing area) which is a designated area for those who have small children, who are not confident in their physical strength, etc.

“Please refrain from activities such as shouting, cheering, talking loudly, or any other behaviour that may be an inconvenience to other customers.” The announcement also explains that restrictions are in place due to COVID-19.

On the day of BABYMETAL RETURNS – THE OTHER ONE – performance, you will be provided a Savior Mask during admission. This…

Babymetal aren’t the only band adapting their gigs to offer a variety of fans a more immersive and “inclusive” experience. German rockers Rammstein also set up an initiative at their shows last summer to offer guided stage tours to fans with visual impairments.

Babymetal will be releasing their new album The Other One in March, and will be supporting Sabaton on The Tour To End All Tours through April and May of 2023.

You can listen to their latest single, Monochrome below:

Find out more at babymetal.com.