While the daily streams are over, the Death Cab For Cutie frontman will broadcast weekly. 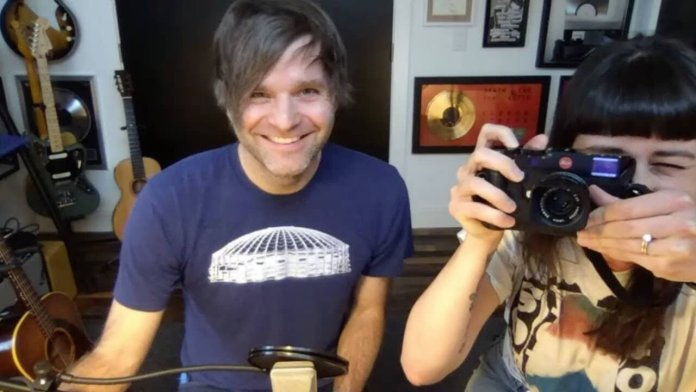 The final installment of Ben Gibbard’s Live from Home sessions is here, featuring a host of covers, including tracks by R.E.M., The Cure and Morrissey.

Gibbard was among the first to set up regular live streamed concerts following the cancellation of most gigs, tours and festivals. He’s been streaming daily, but has since announced that he’s going to switch to weekly broadcasts instead, beginning this thursday.

The last daily session, broadcast on 29 March, saw Gibbard begin with R.E.M.’s ‘Half A World Away’, followed by versions of The Cure’s Just Like Heaven and Morrissey’s Everyday Is Like Sunday. He also threw in a Neil Young cover, who is also embarking on his own home concert initiative.

Gibbard also took the opportunity to thank the fans that tuned in each day, saying: “I just want to tell you guys how much this has meant to me. This has been a lot of fun, and it’s been an easy thing for me to do. I know a lot of people are starting to do this as well, and I’m hoping to see more people from the creative community – be it musicians, actors, what have you – taking advantage of the ease of doing stuff like this to help communities that are in need right now.”

Keep up to date with all of the live stream news here.

“We choose to focus on pushing the art forward” Paul Reed Smith on pandemics, progress and the importance of PRS’s 35th anniversary