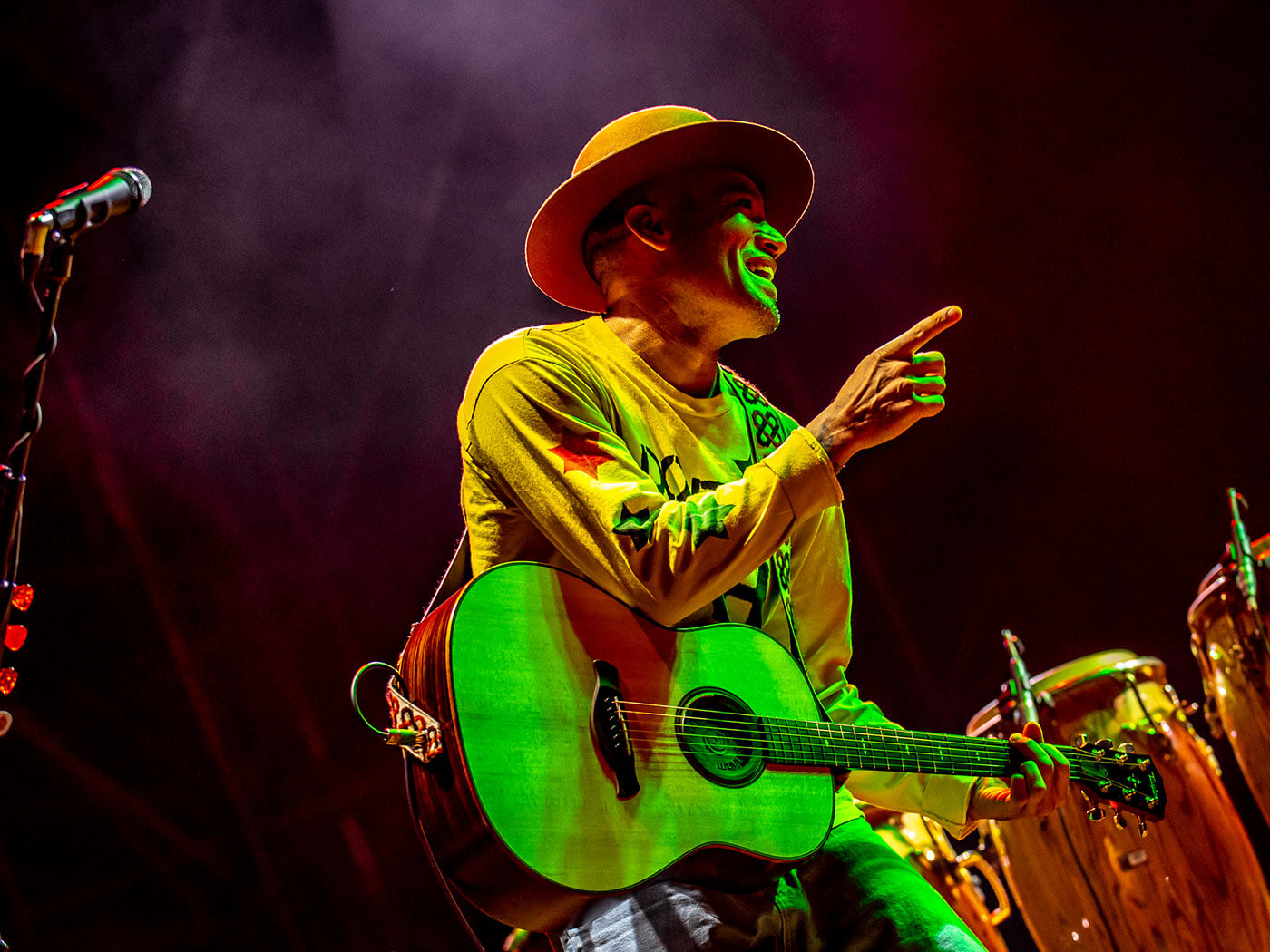 Ben Harper has announced a new solo LP, entitled Winter Is For Lovers.

The record will be a stripped-back affair, featuring only Harper and his Monteleone lap steel guitar. The collection of 15 instrumental pieces are imagined as a symphony. According to a statement, the album “ philosophically explores the American Primitive movement pioneered by Leo Kottke and the aforementioned John Fahey.” The record draws on the influential artists Harper grew up with, including blues, Hawaiian and classical guitar virtuosos.

The record follows Harper’s last record, No Mercy in This Land, a 2018 collaboration with Charlie Musselwhite. This itself followed Call It What It Is, Ben Harper’s 2016 album with The Innocent Criminals.

Harper said of the new record: “This is my first entirely instrumental album. It is stark, bare-bones, just me and my lap steel guitar. It is purposefully produced to sound intimate and spare, as if I am playing in your living room. Upon first listen it may be surprising or catch some people off guard because it is dramatically stripped-down in contrast to a lot of what we hear today.

“I am a big fan of flamenco, classical, Hawaiian and blues guitar, and I hope these influences are all somehow represented within Winter Is For Lovers.

“I have been composing this record for most of my adult life, and the challenge this record presented to me was completely new. To record an entire album with one guitar and no words, where every single nuance was under a microscope, was more demanding than any record I have made to date, and also more rewarding.”

Starting today, you can preorder Winter Is For Lovers here from a limited 2000-piece pressing of the album on 180g vinyl. Each of these records is autographed, numbered and hand stamped. A release date for a standard vinyl pressing and a digital version is yet to be announced.

Take a look at Harper performing Inland Empire, the fourth track from the record, below.

Winter Is For Lovers’ tracklist is below: