Brian May on the loss of Taylor Hawkins: “Of all people to be taken too young, he is the most sadly missed”

Brian May reflects on the life and legacy of friend and fellow musician. 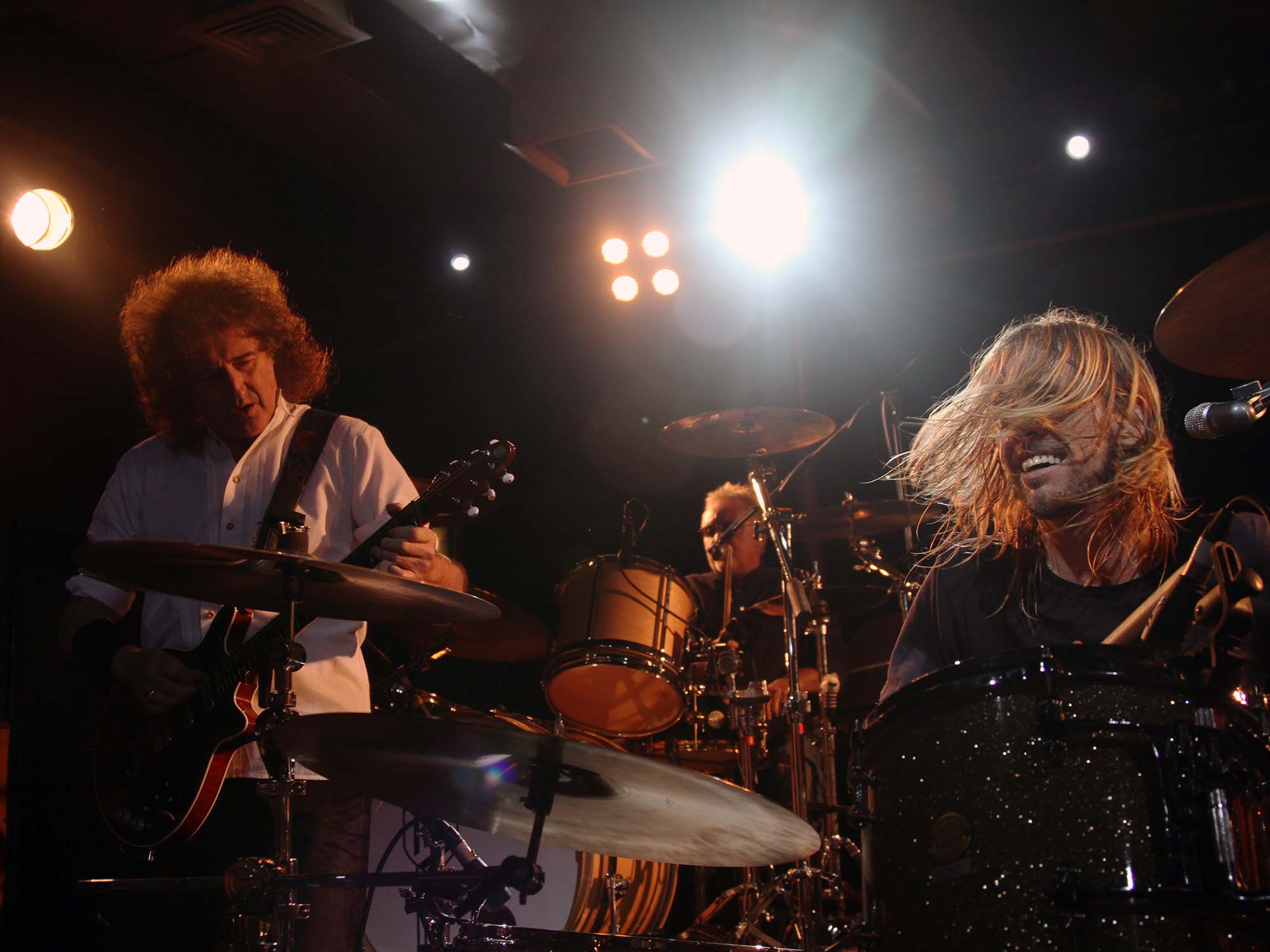 Brian May has opened up about the loss of friend and fellow musician Taylor Hawkins, months after participating in the Taylor Hawkins tribute concert with a special edition of Love of My Life.

In an interview in Variety Magazine, the Queen guitarist reflected on the death of Foo Fighters drummer Taylor Hawkins who passed away earlier this year after an overdose.

“[The Foo Fighters] feel like family to Roger and I, and Taylor Hawkins was the link – the boy who would always ring me up at 3 AM. I miss that call. Always full of enthusiasm. “Hey Brian, you should come over and jam,”” May reflects. “Of all people to be taken too young, he is the most sadly missed.”

You can watch a video of the heartfelt performance by Brian May at the tribute concert which was taken by a fan below. Fair warning that tissues may be required:

In more Taylor Hawkins news, earlier this month it was revealed that signed guitars from the tribute concert were being auctioned off for mental health charities MusiCares and Music Support.

While each guitar was predicted to fetch between $3,000 and $8,000 at auction, the final sale prices ranged from over $5,500, to a rather impressive $22,000. The models also came bearing a one-of-a-kind set of autographs obtained from the London and Los Angeles performances.