Brian May says Queen were “never happy” with debut album: “There [were] an awful lot of overdubs”

“I remember saying to Roy Thomas Baker, ‘This isn’t really the sound we want, Roy.’” 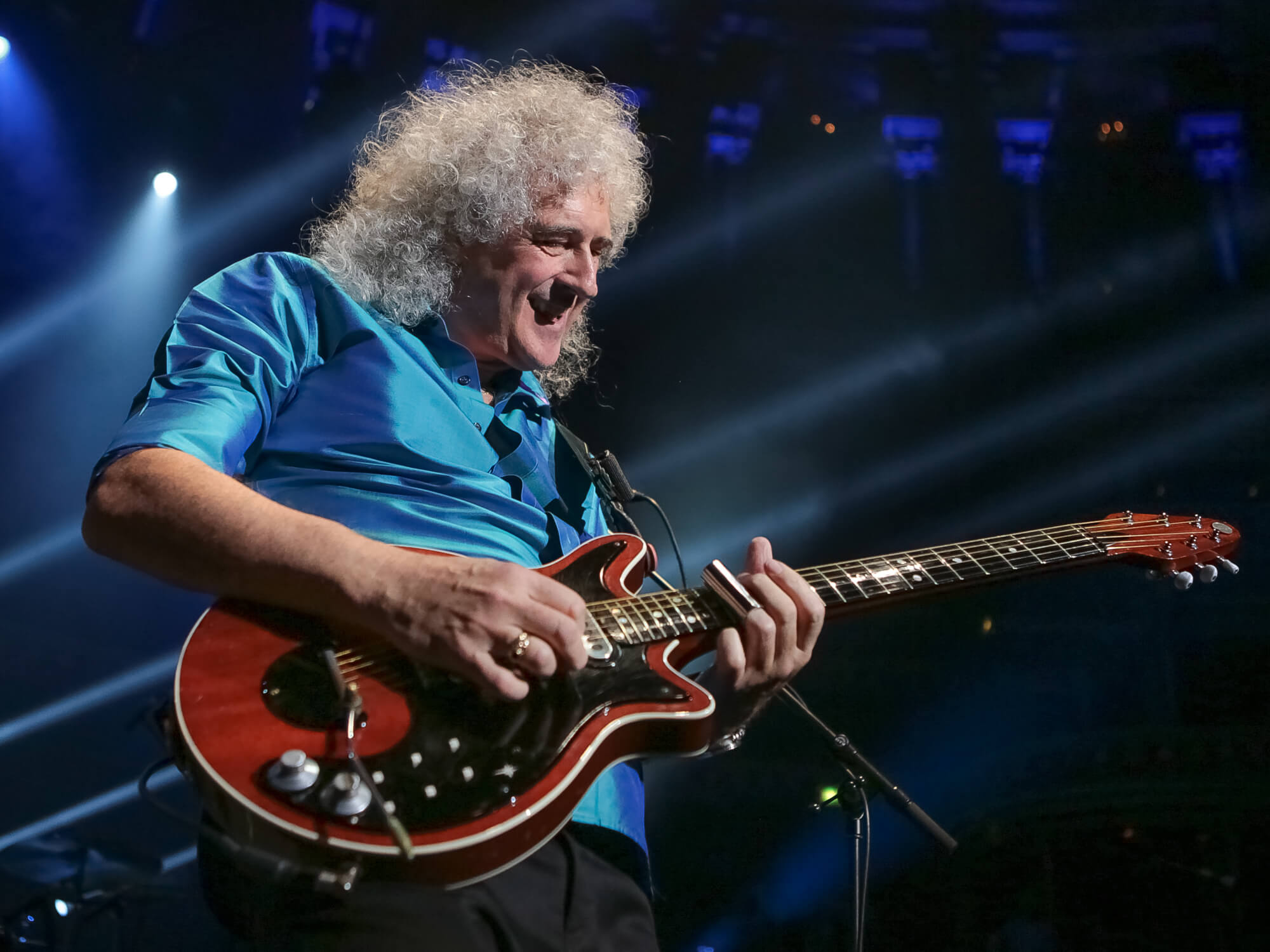 50 years after the release of their debut album, Brian May reveals that Queen were in fact “never happy” with the sound of that record.

May was speaking in the February issue of Total Guitar where he recounted the issues that led to a less than satisfactory recording process for the band’s self-titled debut album.

“Trident Studios were very emergent as a force in the world. And they thought they had it down,” the guitarist said. “But the Trident sound was very dead. It was the opposite of what we were aiming for.”

“So [Roger Taylor’s] drums would be in a little cubicle, and all the drums would have tape on them. They’d all be dead and down.”

“I remember saying to Roy Thomas Baker, ‘This isn’t really the sound we want, Roy.’ And he said, ‘Don’t worry, we can fix it all in the mix.’ Which of course is not the best way, is it? And I think we all knew: it ain’t going to happen!”

Referring to his guitar parts on the album, May said: “That was a bit of a fight as well, because people had discovered multi-tracking and there was this feeling that everything ought to be multi-tracked.”

“So you play a solo, and the first thing people say is, ‘Oh, do you want to double-track that?’ And maybe you do. But maybe you don’t – because sometimes you want to hear the personality, the attack, and the feeling in the moment when you do that one track.

“So there [were] an awful lot of overdubs on that first album, which I would say now [were] unnecessary, and perhaps made it a bit more stiff than it otherwise would have been.”

Despite the record’s (supposed) shortcomings, the Queen rocker admitted that “the songs are very representative of where we were at the time. We were evolving… You can hear in the first album that we were finding our style.”