The footage, shot in 2010, shows the band performing as part of a college exam. 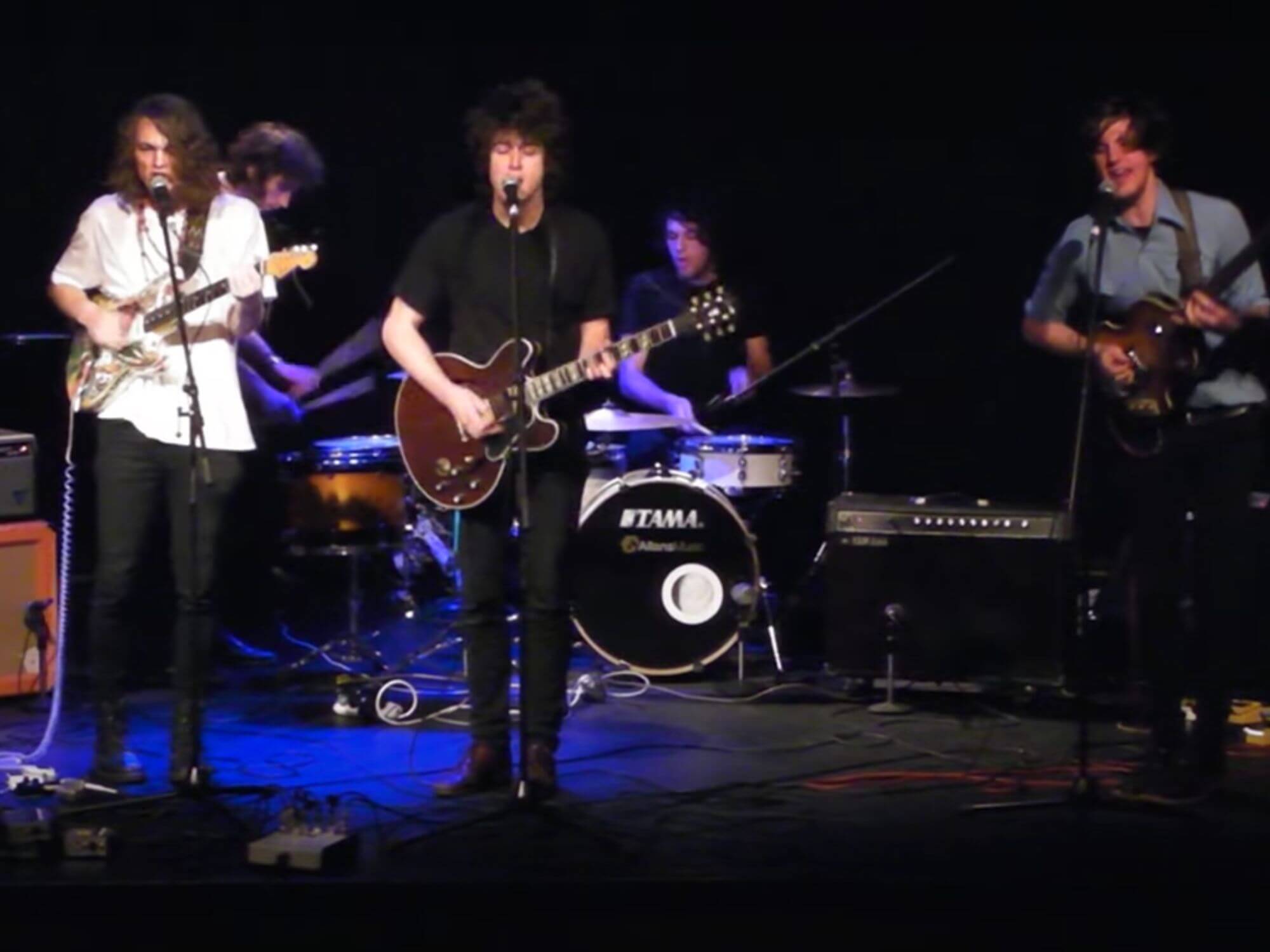 Previously unreleased footage of King Gizzard And The Lizard Wizard has recently surfaced online, showing a very young version of the band performing as part of a college exam.

Now acclaimed for their frenetic live shows, it’s hard to imagine the psychedelic garage rockers King Gizzard And The Lizard Wizard without an incomprehensible number of albums under their belt –  here’s what they sounded like in 2010, during one of their first-ever live performances.

Shared by the band’s college professor, the sixteen-minute video debuted on YouTube last Monday (19 December), and shows the five-piece performing a brief set for their course at Melbourne’s RMIT University.

Filmed prior to the joining of Nicholas Roderick “Cook” Craig and Ambrose Kenny Smith, the baby-faced members were working towards a Bachelor of Contemporary Music Performance at the time.

Playing to a near empty room at the time, the venue is quite unlike the crowds the band pulled during their worldwide tour this year – although be assured that Mackenzie’s signature ‘Woo’s’ were proudly showcased from day one.

The first two tracks performed, Ants and Bats and Life Is Cool, would later wind up on the band’s aptly named 2020 album Teenage Gizzard. The three tracks that follow, however, were never officially released, although fans in the comment section recognise them as Love For Me, Oh God and Other Side.

Responding to a fan’s comment on the video, the professor who filmed the set stated that he immediately recognised the band’s potential, and humbly gives the course some credit for their success.

“It was clear they were going somewhere when they played in class …I really love their genre-bending style,” he wrote. “[They] all completed a bachelor of music industry degree […] maybe part of the reason they have done so well!!”