We look back on the life of trailblazing Yes bassist, Chris Squire. 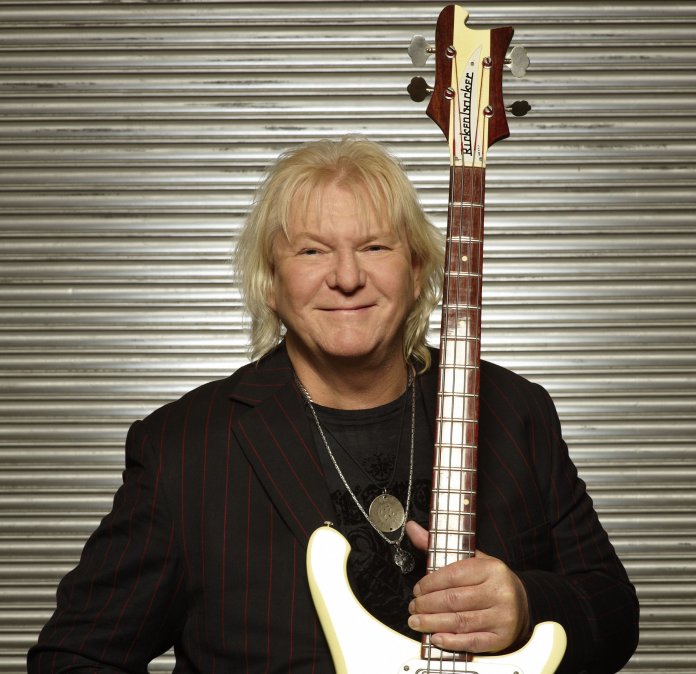 In a year in which we have already lost Jack Bruce, the passing of Chris Squire on 27 June represents another huge hole in British rock and bass-playing history. He was a fixture in the many incarnations of Yes until retiring from the live line-up in May 2015 to fight leukaemia – the progressive rock legends’ only ever-present member in their 47 years.

Squire, born in north London in 1948, started out playing Motown covers with mid-60s band The Syn. “The fact that those songs had clever bass lines probably helped me develop as a player,” he told G&B in one of several interviews.

Chris was synonymous with the Rickenbacker 4001, acquiring the fourth to be imported into the UK after those for John Entwistle, Pete Quaife and Donovan. “After I left school I spent a bit of time working in Boosey & Hawkes music store in Regent Street,” he recalled. “They were the English agents for Rickenbacker, so I managed to blag one at employee price!”

He rewired his bass to send a split signal to a conventional bass amplifier and a separate guitar amp – a forerunner of ‘Ric-O-Sound’ – and its tone was well suited to his dynamic yet always melodic pick-style playing. Never afraid of making a statement, he mixed and matched effects with gusto: “I use the usual suspects like fuzz, echo, delay, wah-wah, flangers and choruses in tandem and together to get different sounds.”

He once applied floral wallpaper to his bass during his psychedelic late-60s period; the ‘de-flowered’ instrument, substantially slimmer wood-wise after it was stripped and refinished in cream in the early 70s, was used as the template for a signature model, the 4001CS. The original can be heard effectively on signature tracks like Roundabout and Yours Is No Disgrace, while it was even more apparent on 1975 solo LP Fish Out Of Water; Fish was Chris’s band nickname.

The contribution Squire made to Yes’s music, from 1969’s eponymous debut long-player, on which he co-wrote four tracks, to last year’s Heaven & Earth, explored the possibilities of the bass guitar as a melodic counterpoint to the vocal line delivered, until recently, by Jon Anderson. In many ways he used Paul McCartney, another early Rickenbacker adopter, as a launching point for his swooping, expansive runs.

Chris was well aware of his trailblazer status, but wore it lightly: when G&B remarked in 2003 that the first web review of Yes’s Live In Montreux DVD insisted that “Squire’s bass doesn’t only anchor the sound, it defines it!”, he remarked: “That’s very nice – I shall have to send him a Christmas card!” A recent (2012) collaboration with fellow prog legend Steve Hackett (ex-Genesis) as Squackett was also well-received by critics.

He briefly re-formed first band The Syn in 2005 after the sudden death of keyboard player Andrew Jackman, to whom the resulting Syndestructable album was dedicated. Sadly, Chris Squire wasn’t to prove indestructible, but his body of work will surely remain a primer for rock bass players for decades to come.