Code Orange cover Alice In Chains’ Down In A Hole in a moody, acoustic live stream

As part of a longer candlelit, stripped-back event. 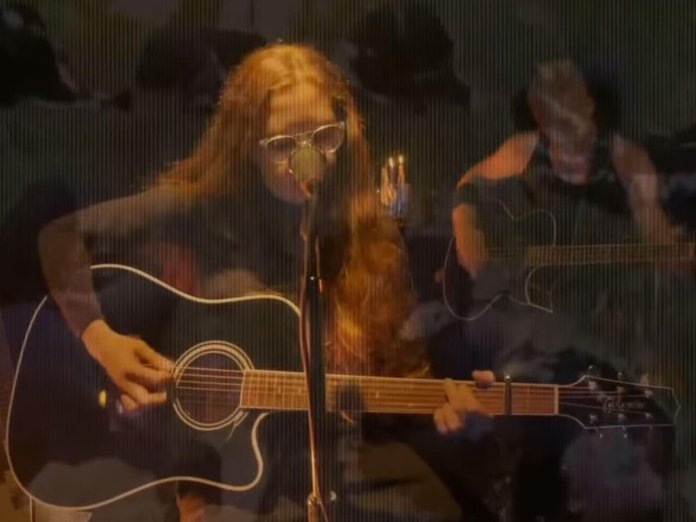 Hardcore band Code Orange have performed a live-stream cover of the Alice In Chains classic Down In A Hole.

The performance was a part of an extensive stripped-back live stream performance, hosted on the band’s YouTube channel. Take a look below, with the Alice In Chains cover starting an hour and 23 minutes in:

While the cover of Down In A Hole is arguably the most a highlight, the band also performed some stripped back versions of originals including Who I Am and Underneath.

We spoke to Code Orange earlier this year alongside the release of their latest Record, Underneath – a blisteringly heavy and jarring record, filled with arresting breakdowns and glitchy production. Guitarist Dominic Landolina, surprisingly, used a Fender Stratocaster for the record – which, given parts of the LP a spin, wouldn’t immediately come to mind. He explained: “It’s what I’ve always played. If you put a Strat in my hands with the lights out, I can tell that’s what it is and where the frets are. There are some difficulties in getting it to sound just right with heavy music – a lot of times you have to throw a different pickup in the bridge or make sure that you EQ your amp the right way and have a good overdrive pedal.”

Guitarist/vocalist Reba Meyers, on the other hand, played her custom ESP Viper, which she called “just the best guitar. I played that on all the heavy songs, all the rhythm tracks. I’m so attached to the Viper that I just play better when I play it.”