A Willow and St. Vincent collaboration could be happening

A new photo shared By Willow to social media has caused speculation. 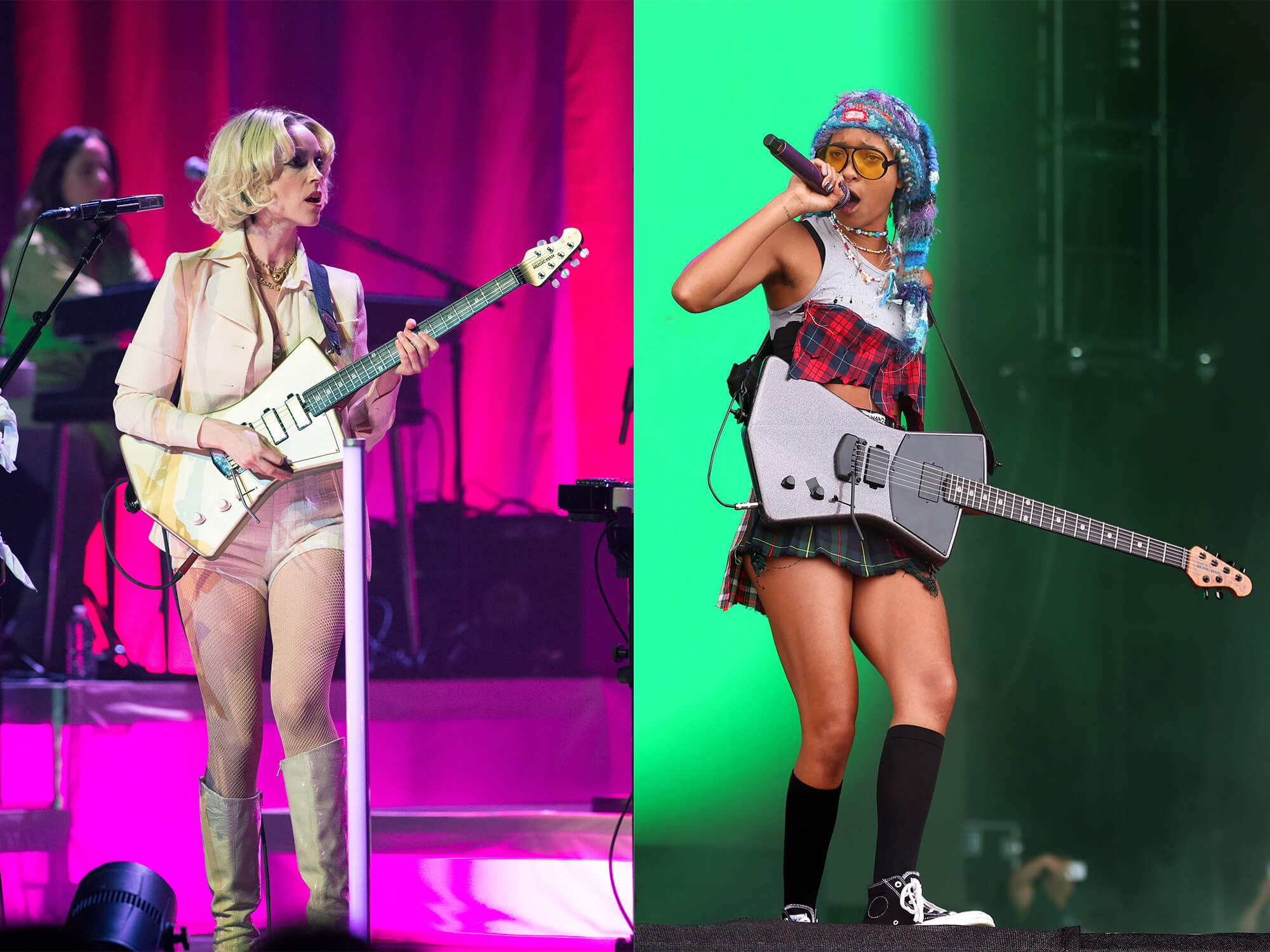 It appears that a collaboration between Willow and St. Vincent could be in the works as the 22-year-old pop-punk star has shared a photo of the musician, also known as Annie Clark, in the studio.

In a photo – captioned “circutcircus <>” – shared to Instagram by Willow over the weekend, St. Vincent can be seen in a studio, crouched down adjusting some gear. St. Vincent also commented on the post, “Call me patchbay princess”.

Willow has made an impressive set of friends in the music industry having performed alongside The Smashing Pumpkins, collaborated with Avril Lavigne and MGK, and has even been gifted a guitar from Yvette Young.

The Curious/Furious singer is often spotted playing a custom Ernie Ball Music Man St. Vincent model, and now it looks as though the two creatives could be working on something together.

When speaking to us at Guitar.com last September, Willow spoke of her St. Vincent Music Man where she said, “I love St. Vincent and I knew I wanted to feel like her on stage,” she explained. “The thing about the St. Vincent guitar that I really like is that it’s light and the action is really, really low. It’s small, it’s a very delicately made guitar and it’s easy to carry. I’ve tried so many different sounds with it, and it has a lot of variety.”

St. Vincent’s latest release was her 2021 album, Daddy’s Home, with Willow’s pop-punk Coping Mechanism having landed in October of 2022. Willow spoke to NME late last year where she revealed what she looks for in perspective collaborations.

“Someone [who] is open to being experimental, and to doing things that other people may not be into doing. And I just look for a friend. Like, if I really love you and you inspire me as a person, I’m down. I love working with people who I love, that’s really the only criteria,” she said.

No official announcements regarding the rumoured collab have been released yet. St. Vincent is set to perform several shows in 2023, starting with a supporting date for Red Hot Chili Peppers alongside King Princess in April, you can get tickets at ilovestvincent.com.