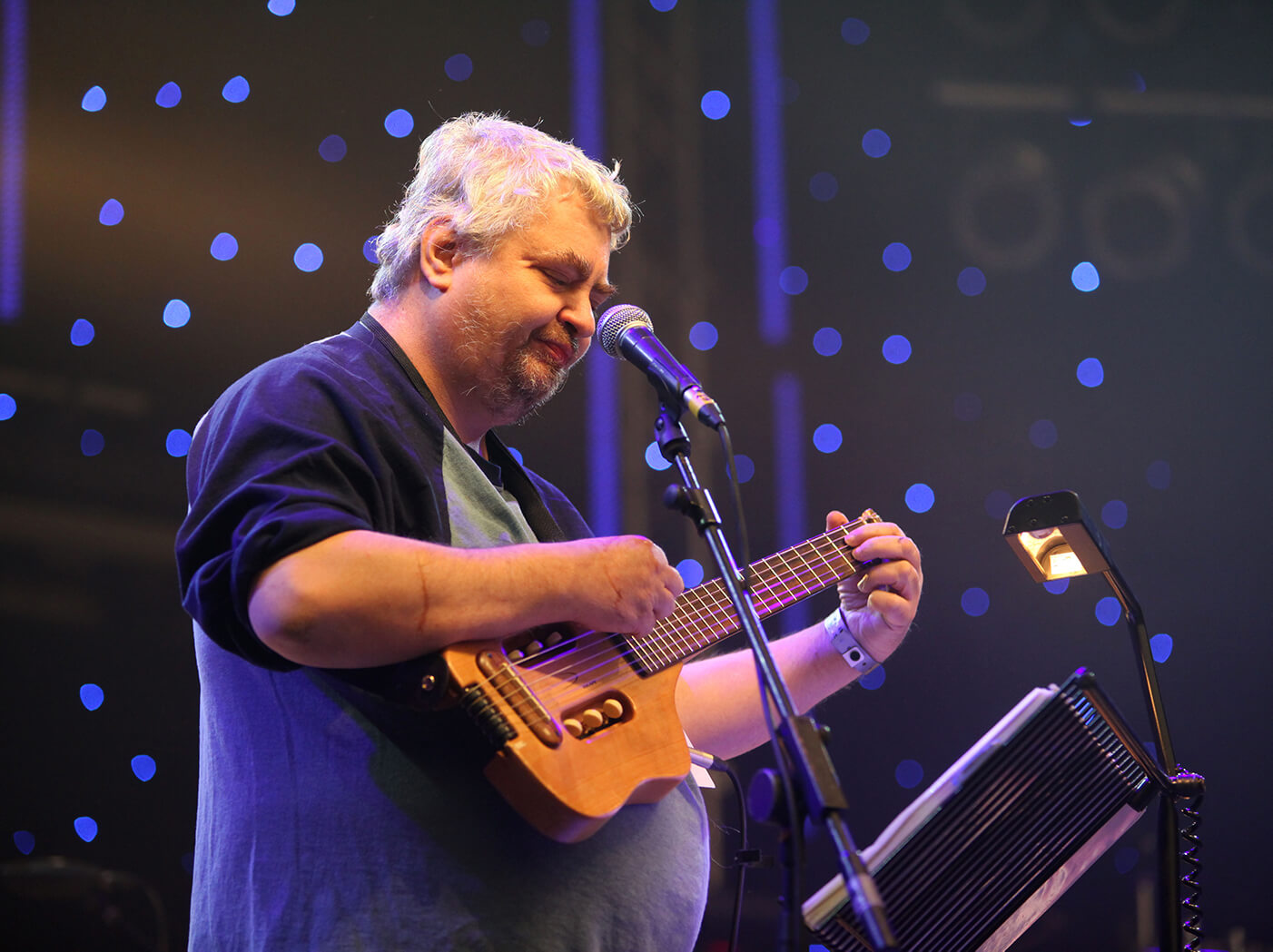 Daniel Johnston, the outsider musician and visual artist who rose to prominence in the late 80s, has died. He was 58.

Johnston passed on after suffering a heart attack, according to his hometown newspaper The Austin Chronicle, who confirmed the cause of death with his former manager, Jeff Tartakov.

The singer-songwriter is best known for his pensive tunes and disarmingly honest lyrics. His work – spanning 17 albums – had an influence on the likes of Kurt Cobain, Tom Waits, the Flaming Lips, Death Cab For Cutie, Beck and more. Cobain once called the lo-fi artist one of the “greatest” songwriters of all time, and even went to the 1992 MTV VMAs sporting a tee printed with the artwork of Johnston’s Hi, How Are You album.

Johnston was born in Sacramento, California but grew up in New Cumberland, West Virginia. He dabbled in music while in high school, but it wasn’t until enrolling in Kent State University’s art programme that he recorded his first LP, 1980’s Songs Of Pain. His commercial breakthrough came three years later with Hi, How Are You.

The musician then moved to Austin, Texas, where he made his mark by setting up his own label Eternal Yip Eye Music, creating a Hi, How Are You mural at near the city’s fabled The Drag venue, and handing out homemade cassettes for free.

In spite of his prowess with the pen, Johnston battled mental health issues through most of his adult life, having been diagnosed with schizophrenia and bipolar disorder. In one notable incident, he suffered a manic episode while on a small-plane flight piloted by his father – he had flung the plane’s key out of the window, which led to a crash landing. This shocking episode was discussed in the 2005 documentary, The Devil And Daniel Johnston.

The singer released his final album, Space Ducks: Soundtrack in 2012, and commenced his last tour in July 2017.