The video has been shared to the Megadeth subreddit. 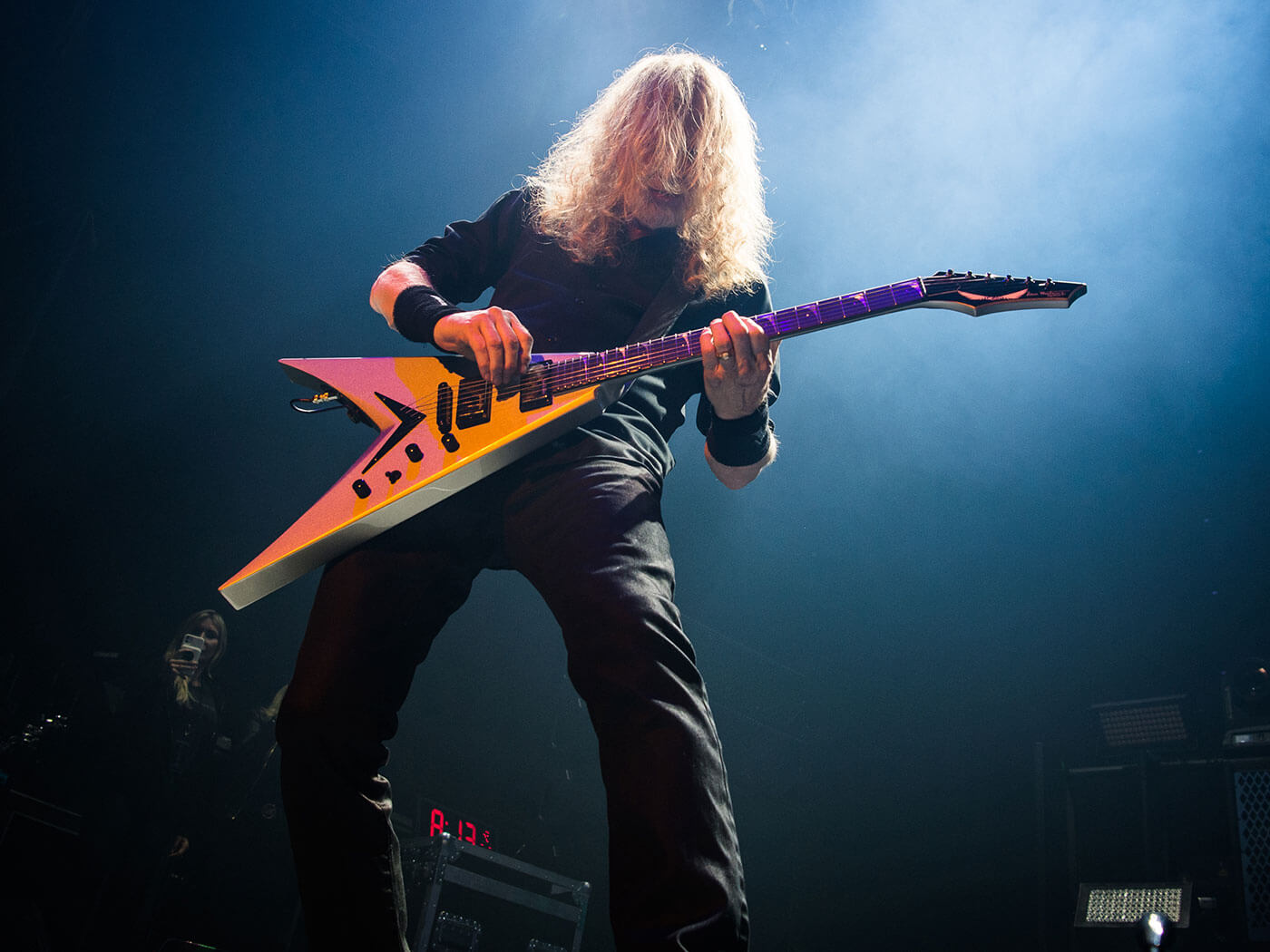 Ahead of the release of the forthcoming Megadeth LP, Dave Mustaine has teased the identity of the bassist who has re-recorded the parts of David Ellefson.

It also led frontman Dave Mustaine to expunge Ellefson’s presence from the upcoming LP, recruiting an unknown bassist to re-dub his parts and potentially join the band full-time. The identity of the bassist remains unknown, however, given Mustaine’s previous statements and this most recent tease, it’s likely they’re a well-known bassist.

The video came in the form of a birthday Cameo (a service that lets fans pay for personalised video messages from celebrities) for a fan named Alex. The video was shared to the Megadeth subreddit, with a caption speculating on the bassist’s identity – noting that they use a five-string Ibanez.

After wishing Alex a happy birthday and a good gig, he then flipped the camera around to show the bassist lying on the floor, their face obscured by the mesh of a studio chair.

“And you got our mystery bass player hiding behind the chair down there on the floor, so you can’t see him. We will be saying who that is soon, and you actually saw him before anybody else. Even though you can’t actually see him.”

The new album has the tentative title of The Sick, the Dying… and the Dead!, with an unknown release date, although it’s set to arrive before 2022.

If you want your own personal message from Dave Mustaine, you can see his Cameo here for the price of £262.50.