”Lars… he would be a fanboy and follow them and I got to meet them on a different level, you know, I met them as equals.” 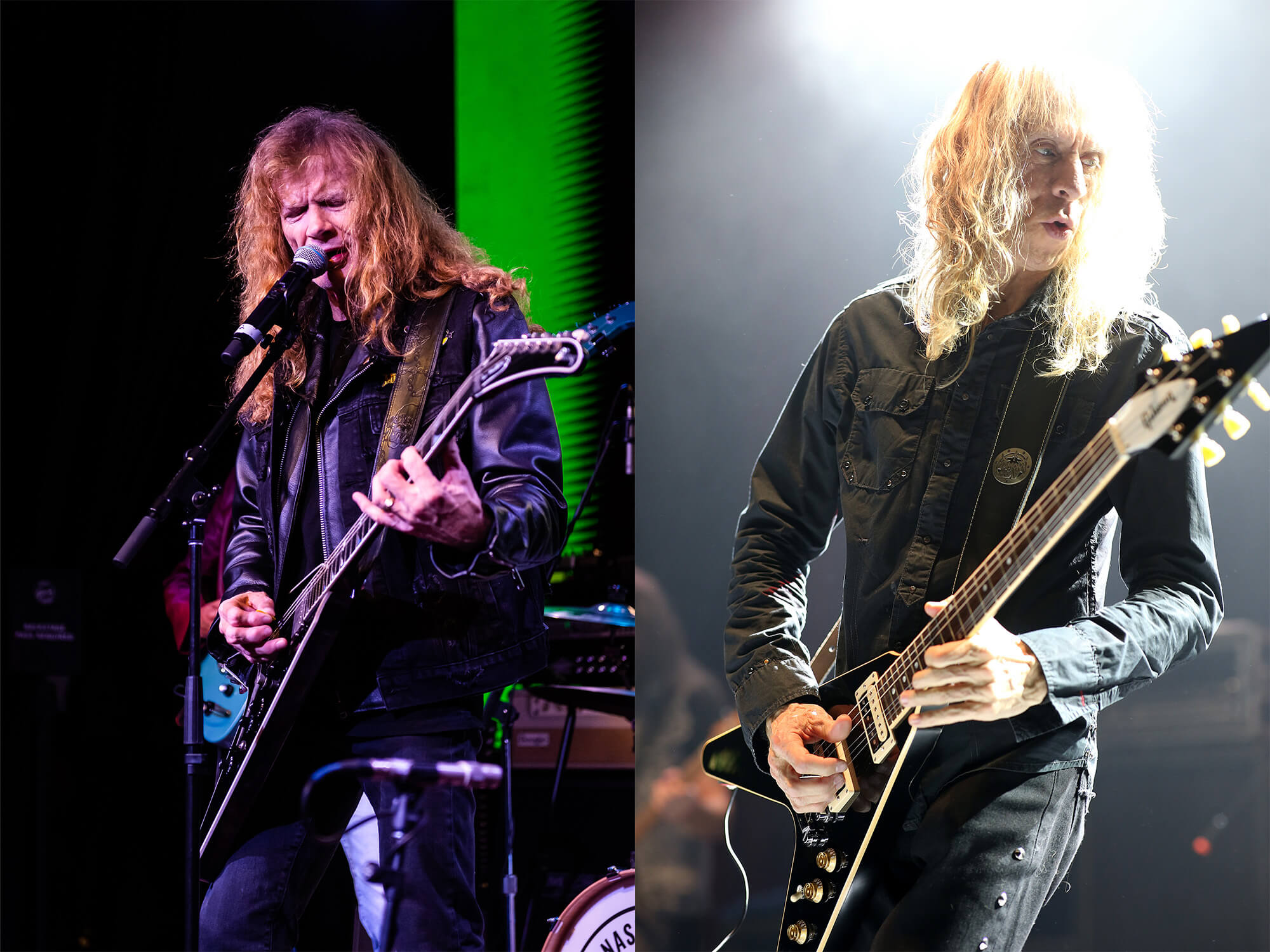 Dave Mustaine has spoken about the early influence of British band Diamond Head on the early days of Metallica.

The music of Diamond Head, hailing from the West Midlands in the UK, had made its way across the pond in the early days of the band and became much-admired by Metallica drummer Lars Ulrich and former member Dave Mustaine.

In an interview with Sirius XM, Mustaine spoke of how Diamond Head’s influence managed to infiltrate into the band’s early releases: “I thought they had a great singer and I thought the guitar riffs were amazing,” he explained.

“So at the time when I first heard them come through my last band Metallica, the drummer, Lars – who was evidently touring with Diamond Head – he would be a fanboy and follow them and I got to meet them on a different level, you know, I met them as equals.”

He continued, “I got a chance to really eyeball to eyeball meet this guy – Brian Tatler the guitar player from Diamond Head – just a sweet man, a tremendous talent on guitar. And the Diamond Head that I know and love was the Diamond Head in the beginning, and I tell ‘ya there were so many songs that we played in Metallica – Helpless, to [The] Prince, Am I Evil? –  And people think those are original songs in Metallica and they’re not,” he concluded. “They’re Diamond Head songs.”

Metallica are due to embark on a world tour this year alongside the release of their new album 72 Seasons in April. Get tickets at Metallica.com.

Watch the full interview clip below: