Dave Mustaine nearly lost control of his left hand during chemo: “I wasn’t going to let cancer affect the way I played”

“It’s getting better. Every day is a little better.” 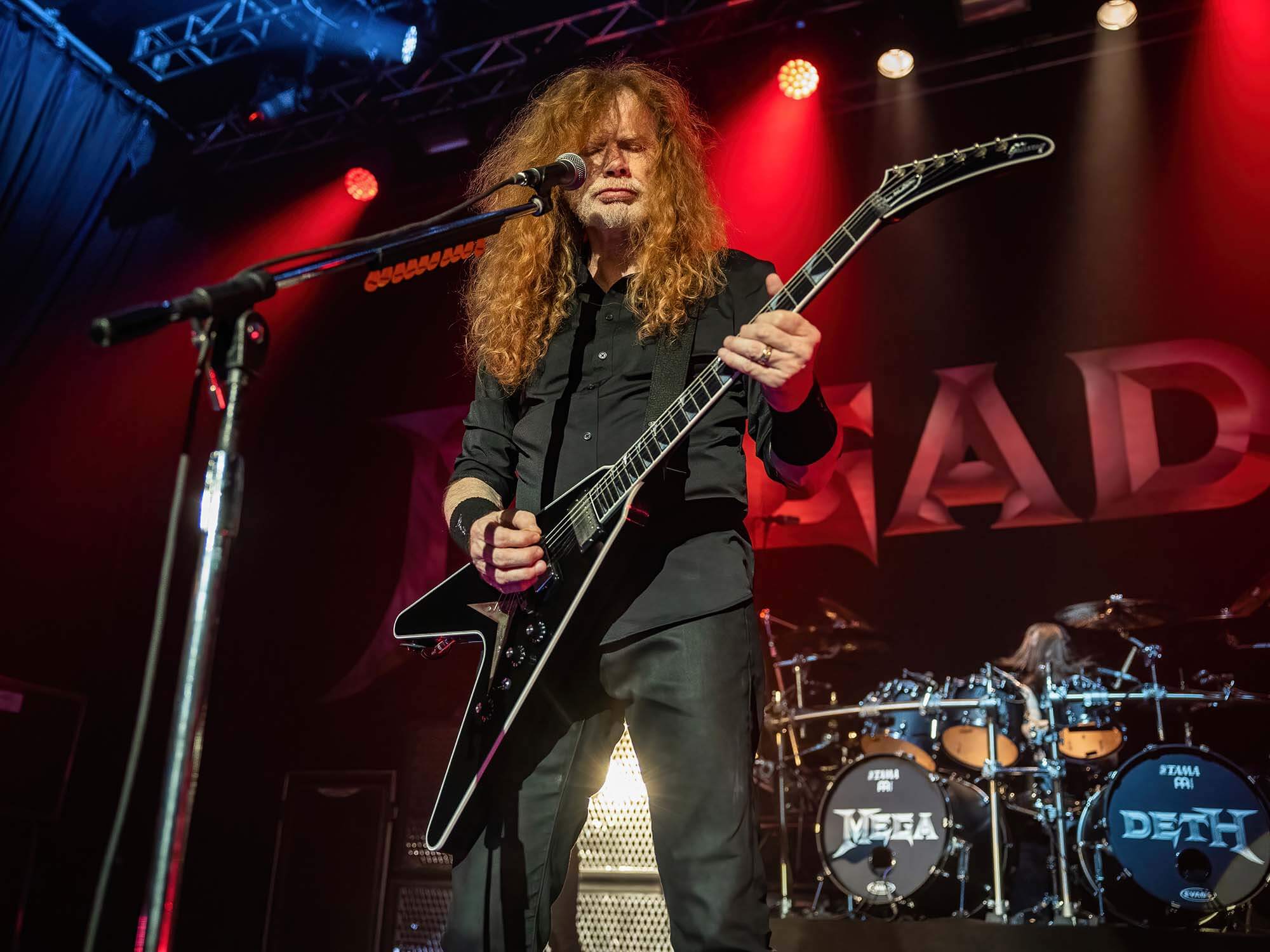 Dave Mustaine of Megadeth has revealed his struggles with chemotherapy side effects, despite being in remission.

Mustaine touched on the impacts of his cancer treatment while speaking to Guitar World. The Megadeth frontman was diagnosed with tongue cancer by an oral surgeon after experiencing tooth problems on the 2019 Experience Hendrix tour with Zakk Wylde.

“The toughest part wasn’t the process of going through all of the radiation and the chemotherapy… A lot of the cancer medication they gave me fucked with my memory really bad,” he said. “They call it chemo brain, so I’ve been having a hard time staying in the moment, but it’s getting better. Every day is a little better.”

The front man also notes how the chemotherapy medication caused a numbness in his left arm and hand which resulted in fears that he would never play guitar again: “The doctors told me that when I had the ‘Saturday Night Palsy’ episode back in 2001”

Due to the amount of time he spent with his left arm draped over a chair while he slept, causing the nerve in the arm to be severely compressed which made the arm numb, doctors told him that not only was he only going to have 80 per cent use of his arm back, but he was not going to play guitar again.

“I grabbed my stuff and said: ‘You don’t’ know who I am’, and walked out. I flew home and met with another doctor, who put me on this radical shock treatment therapy. I had to wear these crazy contraptions, and there’s still a little bit of damage to the arm. But having 80 percent use of my arm and never playing again versus shredding my ass off and having a little clicking sound… yeah, it’s a good thing I started with a piece of shit car. I’m used to all kinds of clicks and cracks when I drive. So, having made it through that, I was pretty sure I wasn’t going to let cancer affect the way I played.”