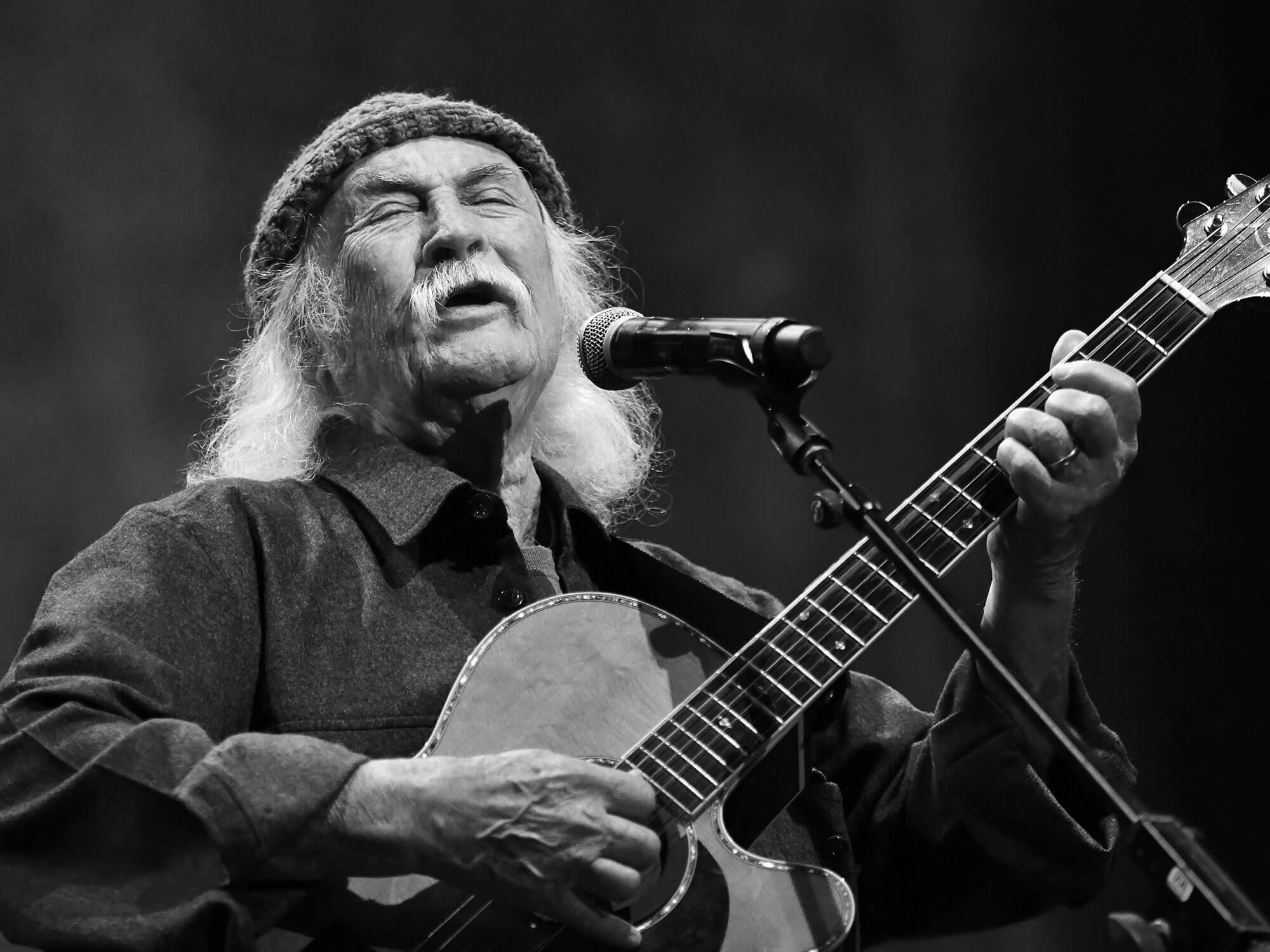 Legendary musician David Crosby has died at the age of 81.

Crosby rose to prominence as part of the original line-up of Californian folk-rock legends The Byrds, appearing on their first five albums and their very first hit, a cover of Bob Dylan’s Mr Tambourine Man.

After tensions grew between him and his bandmates in 1967, he left The Byrds and shortly after recruited Stephen Stills and Graham Nash for a new project. Crosby, Stills & Nash’s 1969 self-titled debut was a hit, and shortly after, Neil Young would begin his relatively brief tenure with the band to make it Crosby, Stills, Nash & Young.

While the group continued to find success with their second record Déjà Vu, Crosby’s relationship with drugs and alcohol would introduce friction into an already tempestuous band. He began using heroin after his long-term girlfriend Christine Hinton was killed in a car accident in 1969 – Crosby, Stills Nash And Young would go on hiatus shortly after Déjà Vu’s 1970 release. While the reunited band would perform as a trio occasionally – and a quartet even more occasionally – Crosby would frequently collaborate with Graham Nash as a duo across the rest of his career.

Crosby was often not the lead songwriter for his collaborative projects. However, his soaring voice amongst harmonies formed an integral part of The Byrds’ and Crosby, Stills, Nash & Young’s sound. In his guitar work, Crosby also introduced various alternative tunings.

As well as countless collaborative projects, he released eight solo records, the most recent being 2021’s For Free, which featured a portrait of Crosby done by Joan Baez for the cover. His extensive catalogue famously led him to be inducted into the Rock And Roll Hall Of Fame twice – once for his work in The Byrds, and another time for his work with Crosby, Stills & Nash.

In the 1990s, Crosby dabbled in acting, appearing in a few minor roles in the 1990s such as The John Larroquette Show, Hook and Roseanne, and voiced himself in two cameos on The Simpsons.

Crosby stayed in the public eye for his entire life, and remained very active and vocal on his Twitter account until yesterday (18 January).

He is survived by his wife Jan Dance, their son Django, as well as his son James Raymond and two daughters, Erika and Donovan, from previous relationships.