David Crosby “may never play guitar again” due to tendonitis

The musician also opened up about his experience with the financial impact of COVID-19. 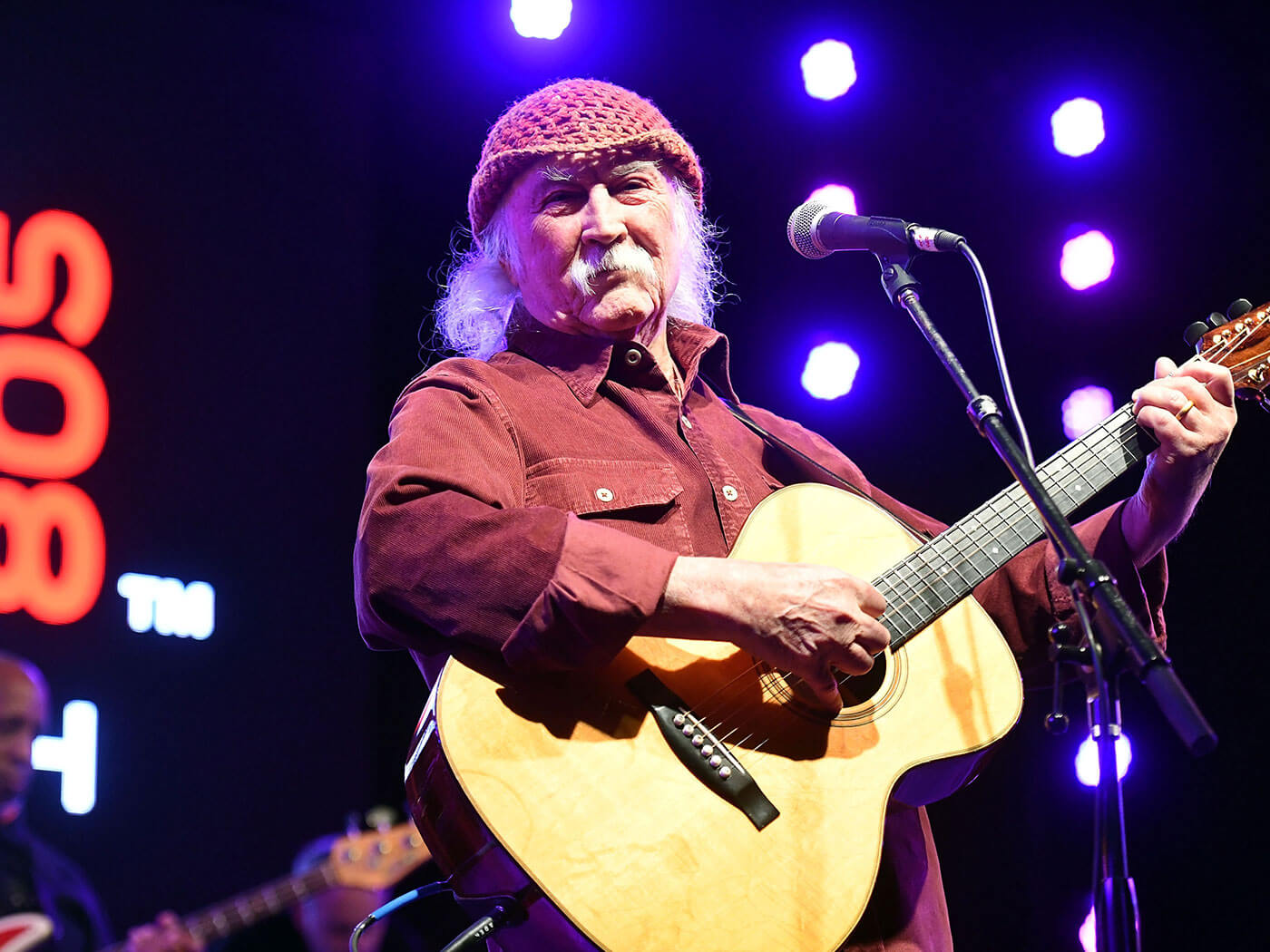 David Crosby has revealed that, due to tendonitis, there’s a possibility that he won’t be able to play the guitar again.

In a new interview with Rolling Stone, Crosby said that “I get trigger-finger tendonitis in my hands. I went in to get it fixed and it didn’t work. Now I’m in a tremendous amount of pain in my right hand. It’s entirely possible that I may never play guitar again.”

The interview also saw Crosby open up about other hardships he’s facing at the moment, firstly the death of his son – “I didn’t get to raise that kid and I didn’t mean to raise that kid, but he was here many times. I loved him and he loved me and he was family to me … You’re not supposed to have your kids die before you die. That’s a real punch in the face. It’s like a train hits you and then you have to get back up. So I’m having a hard time. It’s a real hard one and I haven’t yet cried and I’m gonna and it’s hard.”

On top of this, he revealed that due to the huge financial impact of coronavirus he’s at risk of losing his house: “They don’t pay me for records anymore … That’s half my income gone and now [due to COVID-19] there’s the other half, gone. I don’t have any savings. I haven’t been making any money to put savings away. I have lost both of my income streams for a year. And I don’t know if I’ll be able to go back to work when I go back to work. It’s a bitch. It’s a really hard time.”

He continued, wanting to distance himself from the perception of arbitrarily wealthy musicians saying: “Everyone is like, “you’re a rock star and you drive in a Cadillac and you burn money.” Bullshit. Ninety percent of us are working people and our job is gone.”

The current political situation America finds itself in isn’t helping matters, with Crosby adding: “My democracy that I love so much and that I believe in so much and I’ve believed all my life is failing and being abused to death, just being raped, shot and strangled. And then I don’t think we are addressing climate change because these assholes don’t see a profit in it. They have no way to even conceive that it’s real. That’s disturbing me tremendously because I have children and I want them to have a world.”

Crosby’s comments come after the cancellation of his tour with Jason Isbell, originally slated for later this year.

The impact of coronavirus has seen many support systems established for musicians who’ve seen their main source of income disappear, mainly the MusiCares COVID-19 response fund and Bandcamp’s initiative of waiving its revenue share on the first Friday of each month.